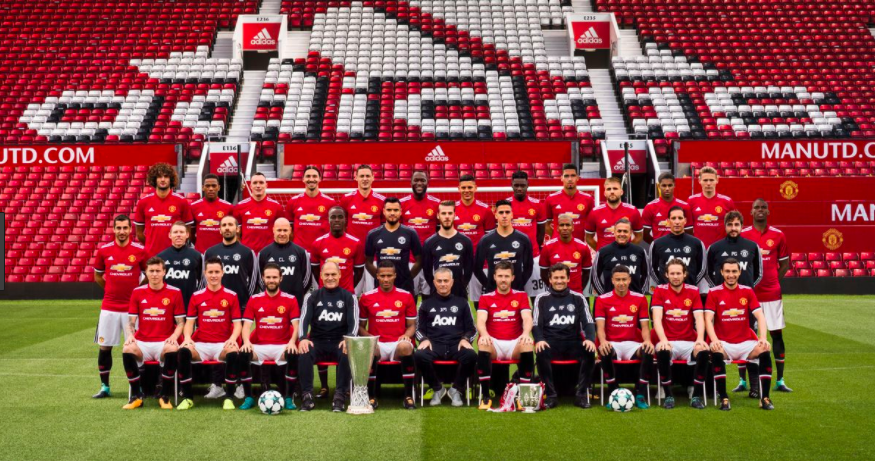 Following the arrival of Jose Mourinho last summer, expectation amongst all was sky high. Here was a manager with a proven track record of making teams successful at all costs, whatsoever. Mourinho made four signings in the form of Zlatan Ibrahimovic, Eric Bailly, Henrikh Mkhitaryan and Paul Pogba. All this was greeted with a lot of fanfare and it was expected to be a tossup between the Manchester clubs, managed by two great managers in Jose Mourinho and Pep Guardiola, for the title. However, it didn’t quite pan out the way it was expected for both clubs. Manchester City started off brilliantly but were inconsistent over the entire campaign. They did play some beautiful football and Guardiola started implementing his methods as the season progressed.

Manchester United did play some good football during periods but tended to struggle against the lower sides at Old Trafford, especially. Due to their failure to breakdown sides, United finished a lowly 6th, quite a contrast to the expectations before the start of the season. However, United were successful in the cup competitions. They beat Southampton in the League Cup final to win Mourinho’s first trophy as Manchester United manager. After a long and arduous Europa league campaign, United were successful in that where they beat Ajax in the final. The triumphant Europa league also ensured that United qualified for this season’s Champions league despite failing to finish in the Top 4 in the league.

So, who have United signed this summer, thus far?

Early in the transfer window, Manchester United completed the signing of Swedish centre back Victor Lindelof from Benfica. He had been linked with a move to United since the turn of the year and he eventually did make the move. Jose Mourinho does not trust Chris Smalling much, Marcos Rojo is out with a long term injury and with Phil Jones’ persistent injury issues meant Mourinho needed a centre back to strengthen his spine. Antoine Griezmann was a transfer that was almost certain to happen but a combination of factors such as Atletico Madrid’s transfer ban and Zlatan Ibrahimovic’s ACL injury meant United had a pressing need for a striker much more than a player like Griezmann who likes to roam behind a central striker. Alvaro Morata was strongly linked but eventually, United pulled off the signing of Romelu Lukaku under the noses of Chelsea. Having scored 25 goals in the Premier league last season, Lukaku will be a good replacement for Ibrahimovic. With Michael Carrick at the twilight of the career, United desperately needed a holding midfielder to enable them to challenge on all fronts and Mourinho signed Nemanja Matic from Chelsea with whom he had successful partnership at Chelsea. Matic will be expected to be a key component of United’s side, this season.

Are there any other signings on the pipeline?

Jose Mourinho has hailed his club for getting ’75 per cent’ of their business done and dusted before the new season commences. The United boss admits he’d like one more new arrival at Old Trafford before the transfer window ends. He said: “I’m happy with the effort the club did, I’m happy that the club managed to do 75 per cent of the work before the Premier League starts. And if, until 31 August, the remaining 25 per cent don’t arrive, I will not moan. I will just go with everything I have to try to win every match we play. Obviously [we wanted] a player for another position playing from the sides, but we have players and if you cannot strengthen the team in these areas, we have people that we trust and we go for it.” The likes of Ivan Perisic, Serge Aurier, Danny Rose, etc have all been linked with moves to United but it waits to be seen if they can get the final signing Mourinho wants, over the line.

How about the outgoings?

Wayne Rooney’s Old Trafford era has finally ended as he returned to Everton, while Adnan Januzaj is off to Real Sociedad. There haven’t been many other outgoings but United have so far struggled to offload some squad players Mourinho doesn’t really want. The likes of Timothy Fosu-Mensah and Cameron Borthwick-Jackson have left on loan deals to Crystal Palace and Leeds United, respectively.

How can we expect United to line up?

Mourinho has tended to employ two formations throughout the pre season tour – 3-5-2 and 4-3-3. Mourinho has said that he will use both formations depending on the opponent and requirements. David De Gea is the club’s undisputed No.1 despite Sergio Romero’s good form towards the end of last season. Antonio Valencia is the first choice right back/right wing back and Mourinho even hailed him as the best right in the world, last season. The left side is where there are some uncertainties. Luke Shaw, Matteo Darmian, Daley Blind and even young Demi Mitchell can feature there but none of them can claim to be the first choice, yet. It will be interesting to see who nails the place down, over the course of the season. Eric Bailly is definitely United’s best centre back and the likes of new signing Victor Lindelof, Phil Jones, Chris Smalling, Axel Tuanzebe will all be vying for the other places, whether United play 3-5-2 or 4-3-3.

Nemanja Matic will be the first choice defensive midfielder with club captain Michael Carrick likely to deputise for him. Marouane Fellaini and Ander Herrera could also be used in that position over the course of the season. Paul Pogba is the lynchpin of this United side and without him they lack creativity and imagination from midfield. Andreas Pereira, who has returned from loan at Granada, could also play a role in midfield. The likes of Henrikh Mkhitaryan, Juan Mata and Jesse Lingard will operate in roles behind the striker. Anthony Martial and Marcus Rashford, two prodigious talents will be playing a big role this season. They can play as a central striker as well as on both wings and it will be crucial that they contribute with goals, something United lacked last season. Romelu Lukaku will obviously be the first choice striker and he will have a huge role to play if United are to challenge on various fronts, this season.

Finally, what are the expectations, this season?

Jose Mourinho has traditionally been most successful during his second year at a particular club. He has won the title on five occasions with different clubs in his second year. This and the various additions made to the side have given many reasons for optimism. Although, United are not outright favourites for the title, they are expected to be there and thereabouts in the title race and that will be the minimum requirement. They will expect to do well in the cup competitions as they did last season. United return to the Champions league as well and with a club like United, it is always expected that they put a good showing in Europe’s elite competition.