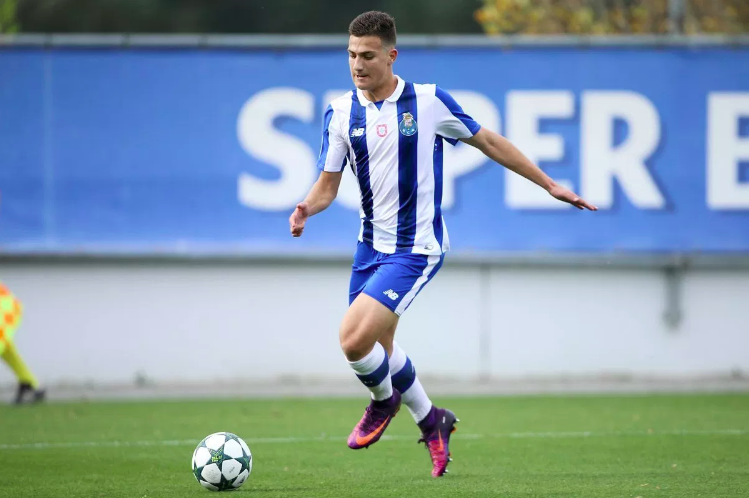 Jose Mourinho is expected to complete his first signing of the summer after the Telegraph reported that “Manchester United are expected to sign Porto right-back Diogo Dalot after activating the 20million euro (£17.44million) release clause in his contract”

Jose Mourinho is prepared to bolster United’s defence as he attempts to close the gap on Champions Manchester City, this signing is expected to be announced in the next few days.

Summer is expected to be busy at Old Trafford this year as many transfers are on the pipeline. However, Dalot comes as the surprise candidate to become the first confirmed signing of the Summer.

Dalot has reportedly agreed personal terms with Manchester United. He is being pipped to push Antonio Valencia for the starting spot in the 2018/19 campaign

One will remember Dalot from Porto’s Champions League away tie to Liverpool where he played out of position at Left-Back. He is yet to make many first team appearances, but is being regarded as having immense potential

Porto have reiterated that they have to sell not least because Dalot’s current contract expires next year and the release clause has been met.

A number of leading European teams in Europe such as Juventus, Napoli, Real Madrid and Barcelona have been tracking Dalot and United have done a good job to move in quickly and confirm his capture.

Porto had so far turned down bids below Dalot’s release clause last year, but United have not made their move

Dalot is comfortable in attack, with good delivery and an eye for goal and has the skill set to operate in midfield as well. He has been described as the modern Full-Back by his coaching staff in Porto.

Matteo Darmian and Daley Blind are expected to be shipped out by Mourinho and this will give young Dalot an opportunity to come through the ranks quickly and stake a claim in the First Team.

Manchester United are very close to confirming a deal with Ukrainian club Shakhtar Donetsk for the signature of Brazilian midfielder Fred for an initial £44million which could rise to £50million with add-ons.

Mourinho would prefer that both deals for Fred and Dalot are completed before the World Cup next month. The whispers around Old Trafford suggest that Mourinho is expected to make around 5 signings this summer with a host of players, including Fellaini being sold as Mourinho chops and changes the squad.

There is still an outside chance that the Gareth Bale deal goes through as United continue to monitor Gareth Bale’s future at Real Madrid. Bale had made it clear that he wanted to have discussions regarding his future at the club and only time will tell whether the big wigs in Madrid want to keep him in the team.

However, it is believed that Mourinho has prioritised the defence and will channel most his funds to strengthen his Back Line.