In one of the most forgettable FA Cup Finals in recent years, Antonio Conte parted ways with Chelsea. He delivered them a trophy, courtesy of poor defending from Phil Jones, and a lack of any cutting edge up front. United fans left frustrated, angry and vexed. They had just finished second in the league with a total of 81 points. The highest finish of the post-Ferguson era. Surely not the worst of campaigns? Yet a disastrous exit to Sevilla in the Champions League had left an acerbic taste in the mouth. A big summer surely lay ahead.

Post an important, albeit unconvincing, win on the first day of the season against Leicester City, Jose Mourinho bemoaned the lack of authority on the footballing side of operations. He spent his time igniting different fires, it seemed. No centre-back was incoming, Paul Pogba was stripped of his captaincy and United were slowly starting to creak. While Raiola and Pogba were playing a game of their own, United fans braced for the worst.

On the pitch, United started to unravel, fairly rapidly. Losses to Brighton and Spurs were a precursor for the tumult that was to follow. Victories against Burnley and Watford stemmed a festering rot, but Mourinho seemed to have fallen apart with half his squad. Anthony Martial was at the receiving end of a particularly snarky Mourinho. Attending the birth of one’s child should be a given whomever you work for, not a cause for criticism. Not at Manchester United under Mourinho, apparently. Eric Bailly was exiled to a shadow realm. The game against West Ham in late September would prove to be the turning point.

United fans could get behind Mourinho going after the Glazers. However, when Mourinho made a point by starting Scott McTominay at center back against West Ham, there was worry writ large for United fans. West Ham mauled United, playing remarkable football. The crisis seemed large, made worse before a home game against Newcastle.

A major newspaper ran a story proclaiming that Mourinho would be given the boot post the game. And for a while, it seemed like the inevitable outcome. United were 2-0 down in a trice but found deep reserves. Anthony Martial and Paul Pogba, the villains of the piece, saved their beleaguered boss by orchestrating a last-gasp comeback victory. United then found a temporary reprieve with fine performances against Everton at home, Chelsea away and even stole a Champions League win in Turin against Juventus.

Read More | Mourinho At Manchester United – Where Did It All Go Wrong For The Special One? |

Yet it never seemed permanent or planned. United were mauled by their rivals, City and Liverpool, who were cruising at the top of the table. At the end of the Anfield debacle, with the Pogba v Mourinho saga playing in the background, United pressed the trigger. Not on Pogba, controversial and trouble maker prime, yet also the best outfield player at the club as well as the face of United’s marketing machinery, but Mourinho. The Portuguese left, carrying the clouds of gloom along with him. Or so it seemed.

United needed a happy, smiling face. Fresh with energy, vigor, and excitement. Someone with exciting ideas and football to freshen the place up. And they duly obliged, bringing in Ole Gunnar Solskjær as their caretaker manager. Still, baby faced, and wielding Norwegian chocolates, he made his entrance. United roared like an aircraft barreling down a runway. A thumping 5-1 win against Cardiff with an exquisite Martial goal was the start of a happy honeymoon.

The club brought back Mike Phelan in the capacity of assistant manager. They seemed content to keep United in a low block in big games away from home, waiting to pounce on the counter with pinged diagonals from Pogba into the likes of Marcus Rashford and Romelu Lukaku. United used the ploy to great effect, winning away at Spurs, Arsenal, and Chelsea.

A most magical night unfolded following the home draw against Liverpool. United reached out, like the teams in their past always had, for the promised land. Against Paris Saint-German, United were composed, defensive and pounced on errors. A moment of VAR madness and nerves of steel from Rashford at the death brought United’s greatest moment of the season. It was a vindication for all United fans. Mourinho was a walking symbol of evil, the players were in love with the badge. All the club needed was someone from the Fergie times, after all! A top-four finish was a certainty, and as for Europe, who knew? Anything seemed possible. With Ole certain to earn his license at the wheel full-time, the future was all trophies and smiles.

The ‘tyrant’ Mourinho was out the door, happy Ole was in vogue. Then, United hit the proverbial iceberg. Players who had been running the least in the league under Mourinho suddenly ran out of gas. United ended the season with a whimper with two dodgy wins, against West Ham and Watford, in eleven. Demolished by Everton, Man City, Cardiff, and Wolverhampton Wanderers, they even failed to beat the long relegated Huddersfield Town. All of a sudden, the fans turned. Mourinho no longer seemed like the end of the woes. The players were the real root of the problem.

While Liverpool and Manchester City were finding new heroes every week in a thrilling race, United were busy finding new scapegoats. One week, it was David de Gea. Howler followed howler with unwavering regularity. Having courted Barcelona in the summer, Pogba now seemed to be engaged in a media romance with Real Madrid’s Zinedine Zidane. Financial analysts struggled to come to terms with the scale at which Alexis Sánchez was tearing apart the club’s wage structure. Lukaku suddenly seemed more wrestler than footballer again. As for the defenders, bar Victor Lindelöf, they all received wide criticism.

As for Solskjær, he now suddenly seems to be weak, tactically inept and feeling the heat. United fans bemoaning the decision to pass up Mauricio Pochettino seem to have forgotten that none of the club’s support was against Ole when the club hired him full time. Ed Woodward will now receive his annual round of criticism, but the problems run deeper at United. Woodward needs to be distanced from the footballing operations. A Director of Football, a revamped youth system, and a renovated Old Trafford need to top the to-do list. Is any of this likely to happen? About as plausible as a pig flying.

In a dark and tumultuous campaign, one man stood out more often than not. After a torrid induction into the Premier League last term, Victor Lindelöf grew into the role of Ice Man this year. Comfortable with the ball at his feet, and timing his tackles with a lot more punch, he has come a fair way since his initial travails. He is still far from the class of an Aymeric Laporte or a Virgil van Dijk, but with a possible senior partner next year, he could yet go up levels. Paul Pogba was all too brief a flash in the pan. Luke Shaw has been reasonably all right, but a failure to be a consistent threat on the overlap, as well as odd lapses of concentration defensively mean there’s still work to do.

The player with a point to prove – Anthony Martial (4/10)

Every single one of the squad could easily stake a claim on this front. But one senses that while the likes of Rashford and Lingard continue to work hard, their ceiling is nowhere near as high as fans would like to believe. The player with that potential, who seems to have regressed this year after a great spell, is Anthony Martial. Having earned a bumper new deal, the Frenchman’s focus and urge have fallen away, as has his game and demeanor. Martial is the best finisher in United’s attack, for what it’s worth, and has the potential to be a star. But next season must be a breaking point. The worker has the tools, can he sweat it out?

After the magic of Paris, it seemed as if United were a revitalized force. How wrong were we? When Ole arrived, he brought with him the right messages, determination, and spirit. He had conviction and confidence. With time, both his belief in his players and his assured composure have taken a jarring jolt. United are in a pitiful state of affairs, losing good players and signing up the bad eggs on long term deals. The club has been widely criticized by fans, and Ole has not escaped. While press conferences have had booming statements of ruthlessness and power, a team sheet featuring Phil Jones, Chris Smalling and Ashley Young does not roar, it squeaks.

It is also time for Ole to be cold, ruthless and move beyond Sir Alex Ferguson’s shadow and come into his own. The club has to be modern, quicker, smarter. While Ole still has the backing of the club’s matchday support, what matters more will be the backing from upstairs. If United are in a sticky patch next year, it’ll be Solskjær in the quicksand first. The Stretford End faithful will hope it doesn’t come to that.

It has been a year of tumult and torture at United. There exist a hundred different problems, none of which are easy to solve. But when one looks at how United have fared the whole season, there is no doubt; They have failed and failed badly. No trophy, and a sixth-place finish in the League. That is simply not good enough for Manchester United, and it does not need further analysis.

United must not look for a quick fix or immediate silverware. They are in no fit state to do so. Hiring a Director of Football, and having a good transfer window would provide fans comfort. As things stand, success for United would translate into a top-four finish and a cup run of some sorts. It hurts one to have to lower the expectations for a club so big, but it is also an acceptance of reality. United have Wolves and Everton hot on their heels, and the thought of falling even further behind is horrifying. United must start to evolve a process slowly, that leads to a better future. And that takes time. 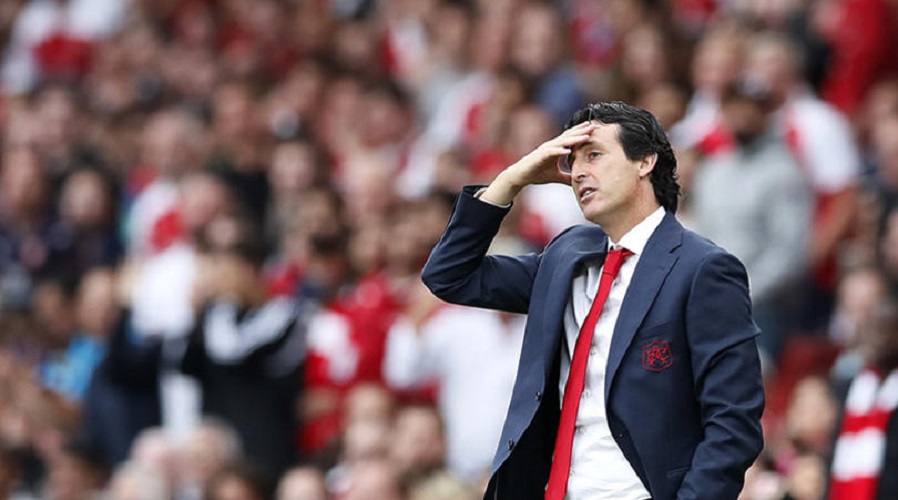 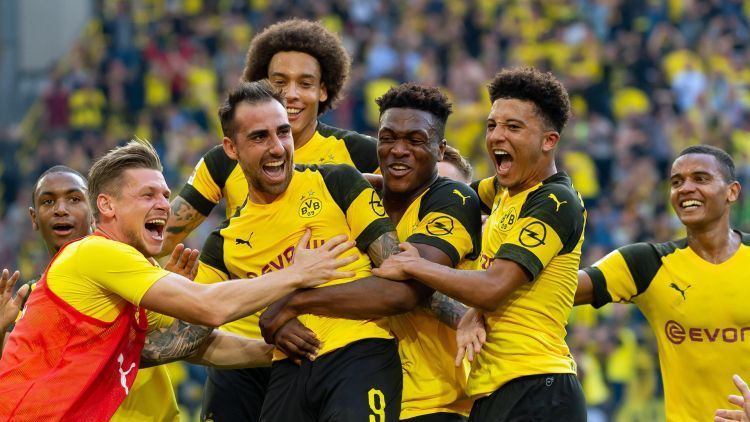