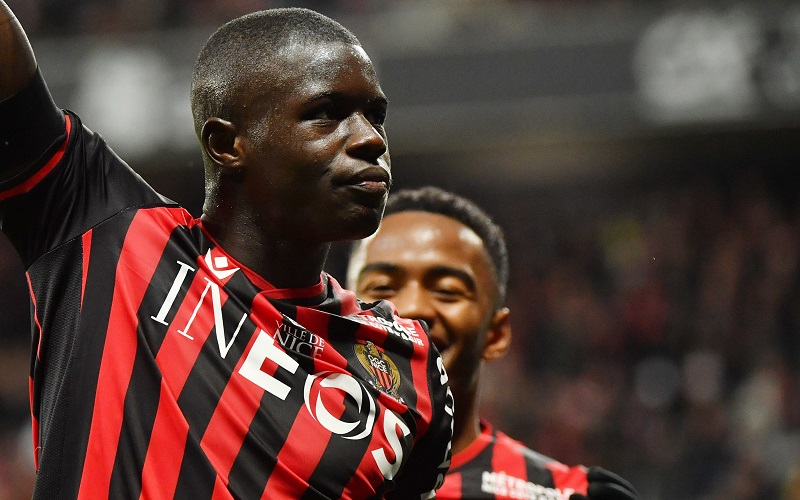 A name that has glittered the articles and lists for the world’s next best players, 21-year-old Malang Sarr will leave the club he has been with since the age of 5 this Summer. OGC Nice are set to lose the centre-back who is valued by TransferMarkt at £14 million, for nothing. The Frenchman’s contract runs out on June 30th 2020.

Linked with a litany of clubs, most recently reported to be deep into contract negotiations with Manchester City (Todofichajes), Sarr’s rise-up in the game has seen him amass over 119 club appearances, which is over 20 games more than fellow countryman Raphael Varane had played when the Madrid superstar was the same age. In a post-Coronavirus world, Sarr is possibly the best bargain any club can pick up, as he does not wish to extend a contract with his boyhood club past June. Malang Sarr could be in the heart of a Pep Guardiola defence as early as August, but his roots in the south of France are the reason he has lived and breathed football since a very young age.

Sarr was born in Nice on January 23rd, 1999. Watford fans will recognise his last name as the same as their Senegalese winger Ismailia Sarr, and Malang Sarr also has his heritage based in West Africa. His parents emigrated from Senegal and gave birth to Malang in the south-east corner of France. It did not take long for Sarr to be signed by the OGC Nice academy, joining at the tender age of 5.

France has always been a hotbed for young talent to grow, with the latest starlets being Kylian Mbappe, Houssem Auoar and Hannibal Mejbri, to name a few. The players that have come through at the OGC Nice academy have been no exception to this rule, as the club has helped produce Hugo Lloris, Pierre-Emerick Aubameyang, and Neal Maupay to name a few. Much like fellow French clubs and academies like Le Havre, Nice put a big emphasis on intelligence and education, as well as the work on the pitch. According to their official website, players will receive personalised educational approaches in classes of 10 and attend 17 to 19 hours of class a week. Judging by Sarr’s performances, he was no exception to this rule. As early as October 2016, GetFrenchFootballNews would write that the-then 17-year-old Malang Sarr possessed the intelligence and maturity of “much older players”.

A quiet and steady ride through the ranks of the OGC Nice academy was rewarded 11 years after joining the club. In the Summer of 2016, 17-year-old Sarr was playing for the u19 side. Lucien Favre had just moved from Monchengladbach to Nice and was gearing his squad up for the upcoming 2016/17 Ligue 1 season. Mario Balotelli was just one of the 10 names that came through the door. Favre started to research the youth ranks and began to watch Malang Sarr playing for the u19s. Immediately impressed, Sarr joined the Nice preseason tour. Then, when the start of Ligue 1 rolled around, an injury-hit Nice side opened the doors for Sarr to start the first game of the season.

In the match against Rennes, his debut could not have gone any better. Jean Michel Seri whipped in a venomous free-kick and Sarr was there to power home a header, and the 17-year old’s professional career began. “There are those who make it and those who don’t… please don’t talk too much” Lucien Favre pleaded with reporters after the game in relation to Sarr. The Swiss clearly believed in him though, as in the two seasons he managed the club, the young Sarr would play 50% of the available league minutes.

Sarr has continued to make more appearances as he has gotten more experienced. He has featured both as a centre-back and a left-back in Patrice Vieira’s OGC Nice side in 2019/20. He has played the 7th most minutes in the squad, and this season has impressed many with his passing. According to SofaScore, Sarr plays 3.4 long balls p90 at an accuracy rate of 59%. This is not too far off of Kurt Zouma’s 4.3 long balls p90, however higher than Zouma’s accuracy of 50%. We can see his general information and more of his statistical output in the graphic below, where I compared his overall stats to Jan Vertonghen, who is another player who has been deployed in CB and LB this season. Here you can get a statistical grasp of Malang Sarr.

While stats always go some way to explain a player’s performance, the eye test is always key. Malang Sarr shows a tremendous ability to step out of the defensive line and dribble past opposition players. In a match against Reims this season, Sarr pushed from the halfway line forward to near the opposition box, pulling 3 opposition players in towards him before calmly playing a lofted pass out wide. This is exactly why he is wanted by Pep Guardiola. In a lot of games involving Manchester City, the opposition side usually create a deep block of players, tightly marking any players in the midfield to stop the ball being progressed. Malang Sarr’s calmness on the ball allows him to advance through this block without any worry and retain possession. This is helped by his speed, as we are yet to see him be outpaced by any opposition forward.

Another tool in Sarr’s arsenal is his expansive passing range. In Patrice Vieira’s 4-3-3 possession orientated side, the ability to play out from the back is vital. Sarr can spray passes from one end of the pitch to the other with calculated height and power. While his previously mentioned long ball accuracy of 59% suggests sometimes, these passes are hit and miss, for someone who has just turned 21 years old in January of this year Sarr looks to have the vision of an experienced attacking playmaker. He is the perfect representation of a modern-day ball-playing centre-back, able to break down opposition defensive lines from the comfort of his own half.

Going forward, Sarr still has work to do. While his progression of the ball is fantastic, his overall defending has stuttered this season. OGC Nice under Vieira have failed to have any defensive structure this season, conceding 38 goals in 28 games. Sarr has clearly suffered in this environment. According to SofaScore, Sarr has made 4 clear recognised errors leading to shots this season. Furthermore, there is room for improvement in his physicality. Sarr’s 47% aerial duel win rate looks awful, even compared to the 60% of Andreas Christensen from Chelsea, who has consistently been criticised for his lack of physicality.

This small stagnation may be the key reason he has chosen to move after 21 years in Nice, as the club has taken him as far as it can. He will be searching for a manager who can take his performances to the next level, and if he does make a move to Manchester City, then we could see the Frenchman’s stock skyrocket under the best coach in world football.