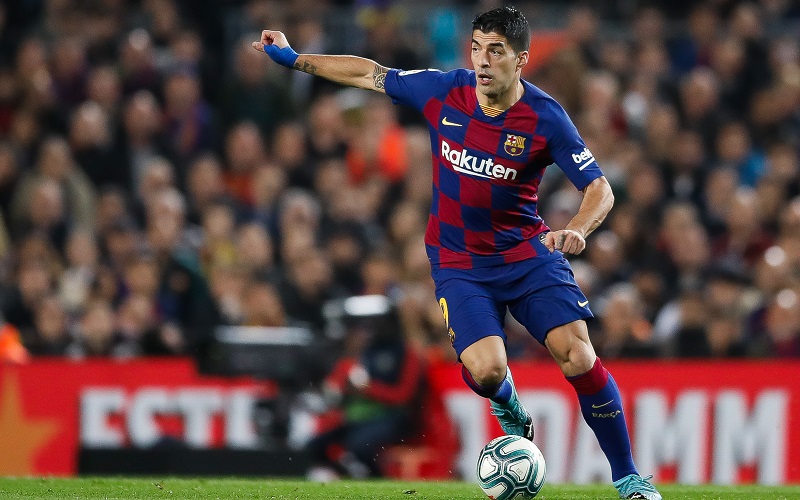 Stunning goals, superb volleys, and spectacular finishing. These traits have made Luis Suárez one of, if not the best striker in Europe over the last decade. After successful stints at Liverpool and Ajax, the Uruguayan joined FC Barcelona in 2014 and the rest, as they say, is history. Suárez has been wrecking havoc in Spain, in the process picking up a Champions League trophy, 4 La Ligas, 4 Copa del Reys, a Club World Cup trophy and the UEFA Super Cup. In short, he has won it all. He also formed an excellent partnership with star man Lionel Messi and was part of the formidable MSN trio alongside Messi and Neymar JR. But all good things must come to an end and as things stand Luis Suárez is approaching the twilight of his career. Despite him being in top-scoring form and managing to find the net every other week, his inconsistencies and his expected 4-month injury lay off has made Barcelona realize he has to be replaced sooner or later with Suárez even highlighting this fact in the press. Today, we review potential marksmen to replace Luis Suárez.

The Argentine and Inter striker has been one of the star players in Antonio Conte’s Inter Milan this season. After impressing at the Copa America 2019, Martínez headed into the new season brimming with confidence. He has managed to impress national teammate Lionel Messi with the latter even asking the board to sign him. However, after seeing the 120m euro tag from Inter on Martínez, Barca backed off but his recent performances have justified that price tag and the Catalans have reignited their interest in the striker.

At just 22, Martínez has a respectable tally of 15 Goals and 3 assists this season and is being scouted by many of Europe’s finest but Barcelona seem to have the edge over those clubs due to Martínez’s good relations with Lionel Messi. Pacey and strong, with good link-up play and superb finishing, Martínez could turn out to be the perfect replacement for the aging Luis Suárez. He would fit into the Barca lineup easily. Barcelona fans would be delighted it if he signed for them and it could prove to be a masterstroke by the board even though he has a huge price tag.

Kylian Mbappé needs no introduction. Every tournament has its break out star and the World Cup in Russia brought young Kylian Mbappé into the spotlight. Blessed with raw talent and breathtaking speed, Mbappé showed with his performance against Argentina why he was the best young footballer in the world. He still probably gives Otamendi nightmares. After scoring in the final and lifting the World Cup with France, Mbappé went on to have a spectacular season with PSG scoring the most goals in a team which also included the likes of Edinson Cavani and Neymar Jr. He also came second in the European scoring charts, second only to the one and only, Lionel Messi.

Mbappé has already scored 21 goals and bagged 11 assists for PSG this season. At only 21 years of age, the precocious Frenchman is the hottest property in the transfer market wanted by Europe’s top clubs including the likes of Real Madrid and Liverpool. With Mbappé most likely going to Madrid, he is the most unlikely entry in this list but what a signing he could be if the club manages to pull it off.

Pacey, prolific and an excellent finisher who can play on the flanks, Aubameyang could be the signing Barca need. He has been linked to Barcelona in the last few months as a result of Arsenal failing to fulfil his desire to play Champions League football. Aubameyang has consistently proved that he is too good of a finisher for Arsenal’s mediocrity. Barcelona could be his preferred destination. With a player of his quality available in the market, the Catalans should snap him up. At 30 years of age and in his prime, Auba has scored 16 goals so far this season and will definitely add more to his tally. With Setien as the new manager, Auba’s pace could complement his ideas of attacking football. He could replace Suárez until Abel Ruiz is ready for the first team.

The La Masia talent currently plays for the B team and has shown promise so far, with Suárez underlining him as his preferred replacement. Being the lowest profile entry on this list, Abel has only got 1 senior team appearance under his belt. Abel’s pace, excellent link-up play and ability to drop into midfield and play as a False 9 however makes him one of Barca’s most promising youth products. Ruiz is also a physical presence on the pitch and has a high work rate. These qualities and the fact that he is only 19 years old makes him a major entry on this list.

Yes! You’ve read that right! Currently, he is being played on the left-flank, but it is clear that that is not Griezmann’s best position and a change of position to striker could enhance his performance further. Barca could sign a replacement or play Fati or Carles Perez on the left-flank to replace him. With Griezmann already bagging 9 goals and 4 assists from the left-flank (even though it’s not his best position), imagine what he could do if he regularly played as a striker like he did at Simeone’s Atleti. With Luis Suárez injured till the end of the season and with the club having no intention of signing a replacement in January, Griezmann could be given a test run at the striker position and if it works out, it may be for the best.