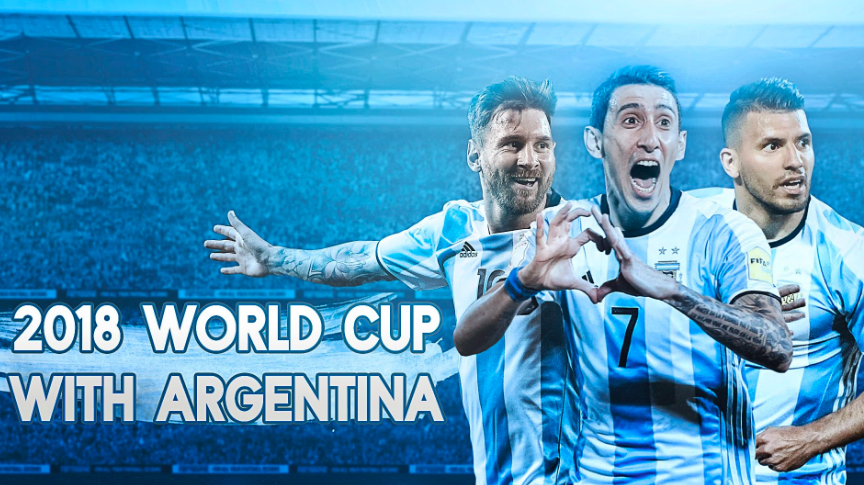 There is an antagonistic and bizarre element hidden in the evergreen facts about history, as it teaches us a thing or two. It goes on to define the overwhelming situation which is present across the canvas and once it creates a blot, the whole canvas has to be refurbished around it. Argentina for that matter has one of the most awe-inspiring stories and tales to live by. Buenos Aires, the capital of Argentina was referred to as “The Head of the Goliath” due to its influence over the entire country. The Argentine capital saw the abundant migration of fellow European plunderers and opportunists who came along the shores of this magnificent city to test their fortunes.

By the dawn of the 20th century, the city began to build and grow. To this date, it has more European influence in its infrastructure and layout when compared to other Latin American cities. The dawn of the 20th century also saw the citizens of Argentina amass stupendous amounts of wealth. This, in turn, helped them build chateaus resembling French architecture. This influenced European economists and philosophers to coin a term which was to echo throughout the ages. “To be as rich as an Argentine” was showered upon a man whom people saw with dignity, respect, and influence alike.

Argentina, for that matter, also resonates with the above statement when it comes to their footballing prowess. Argentina have witnessed lady luck betray them consecutively on three occasions. The volley from Mario Gotze was enough to shatter more than 40 million Argentines as all their hopes of ecstasy and joy went down into the abyss in the form of despair and pain. Argentina again in the year 2015, had the chance to claim the throne. They were on the brink of creating  history. In their South American brawl for supremacy, La Albiceleste were standing on the edge of redemption. They held it down to a stalemate which could only be decided by penalties. Eventually, Argentina crashed out on penalties, thereby allowing Chile to grab their maiden silverware. 2016 saw Copa America celebrate its Centenario.

Are Argentina Headed Toward A World Cup Let down?

It was the perfect stage for Argentina to answer its critics. It was the moment for their stars to make their legacy, to write names in history books, for the god of football to perform. Unfortunately, they removed their foot from the pedal at the last spur of the moment thereby seeing them fall short of the finishing line again. Such was the atrocity and frustration that it saw Lionel Messi call for retirement. However, history had something else written on the scrolls. The last match saw the infamous Argentine carry his country on his shoulders thereby showing people that Argentina can rely upon him and call their Messiah when needed the most. Now at the edge of the 2018 Russia showpiece, fresh from their charismatic and fiery approach, the Argentinian squad prepares for the ultimate battle in an attempt to create the beautiful masterpiece around the blot which disdained la Albiceleste. Let us scrutinise the chances and the plunders which their players have gathered on the way to the World Cup.

Argentina announced their roster with a mixture of experience and debutants as well. Manning the Argentine defense will be Nicolas Otamendi and Federico Fazio. The defenders are hot on form and have triumphed both on the field and with individual milestones. Compiling their seasons, we can see amazing stats which show the credibility and the credentials of the man-markers. Otamendi has racked up some exquisite stats courtesy of Pep’s reviving and revolutionary mechanism which propelled City to a century of points. He has played 36 games this season in the Premier League and has 50 interceptions and 10 blocks.

He also has made a staggering 135 clearances and has made only 3 defensive errors. Fazio leads the defence line with 41 interceptions, the most among all his national teammates. This season saw him also provide 17 blocks and 143 clearances, proving that Fazio will be a rock in the back which provides stability and thereby reduce the window for opponents to score. The only red in Fazio’s ledger is the 2 defensive errors which lead to the goal. However, it is a risk which each defender has to contemplate if he is to carry out his job. It is for this reason that Argentina possesses experience in the form of Otamendi. These two provide an anchor at the back for “the white and sky blue”.

The midfield of a team is the lynchpin which feeds the ball to the forwards and thereby sweeps the ball to provide for the chances. Argentina is a team which has a very versatile, strong, and experienced frontline; if not the best at the moment. However, the midfield of Argentina is balanced and holds a defensive midfield guard and suppliers as well. The midfield consists of veteran Javier Mascherano, Di Maria, and Manuel Lanzini. Talking about the defensive side of the coin, Mascherano has a resume which only a few boast, and it stamps his place in the starting lineup.

With age catching up on him like many other of his comrades, it can be a perfect way for him to sing his swansong like his mates from international duties. Argentina also announced Angel Di Maria and Manuel Lanzini in their 23 man shortlist for the World Cup. Di Maria fell down the line with the arrival of Neymar and Mbappe, but nevertheless still created a niche for himself in the PSG squad. This season he created 45 chances and has a successful pass completion of 80%. He also registered 85 shots with 44 shots from inside the box. Di Maria scored 11 goals emphasising that he too can be a goal threat if not for the frontline.

Lanzini is one of the brightest revelations this season. From being the prime creator in the West Ham squad, to his links to Liverpool, to making the cut for the national team, he has seen it all. Lanzini has 633 successful forward passes with an absconding 88% success rate. He was also able to create 38 passes and registered 22 shots on goal from inside the box, scoring on 5 occasions. Lanzini has the chance to prove himself in the World Cup and thereby be another one of the Argentines which rises from West Ham to the unprecedented echelons of the footballing world.

Argentina’s World Cup preparations suffered a blow on Tuesday as goalkeeper Sergio Romero was ruled out of the tournament with a knee injury, the Argentina Football Association (AFA) said. Romero The Manchester United goalkeeper injured his right knee during training in Buenos Aires on Tuesday. “Romero will be removed from the list of 23 players who will participate in the 2018 World Cup in Russia,” the AFA said in a statement.

The piece de resistance in Argentina’s squad is their frontline. The Argentina football team have never fallen short of astonishing strikers. La Albiceleste announced Higuain, Aguero, Dybala, and Messi as their attacking options. As if their names weren’t enough to instil fear into the hearts of defenders, their stats provide alibi of them being the deadliest strike force going to Russia. All the forwards have won their respective leagues which they play in. Apart from Aguero, all the forwards have had domestic dominance by winning the league and domestic cups.

Talking about their domestic salvaging, Dybala has 21 goals and 4 assists to his name. He equals Aguero, with both of them creating 46 chances each in their leagues. Aguero is also hot red as he has bagged 24 goals and 6 assists. Aguero has also recorded 92 shots from inside the box on target. And then there is a certain Lionel Messi for whom records, stats, opponents, and challenges don’t matter. Talking about his La Liga exploits, he scored 29 goals and has 12 assists. He was also responsible for creating a mouthwatering 77 chances and has recorded 90 shots from inside the box. His “goal scoring at will” attribute also helped him take home the top European goalscorer award.

With such momentum, the Argentines walk into the World Cup with a chance for redemption. A chance to register their name into the elites. A chance for Lionel Messi to prove his haters and claim international honours alike. Argentina starts their campaign against Iceland, who are pocket dynamites themselves. Nevertheless, a clinical performance should be enough to boost their morale. Now that Argentina announced their squad, it is time for their players to give it their best shot to claim something which they were robbed off 4 years ago.

To read more by Varun Purty