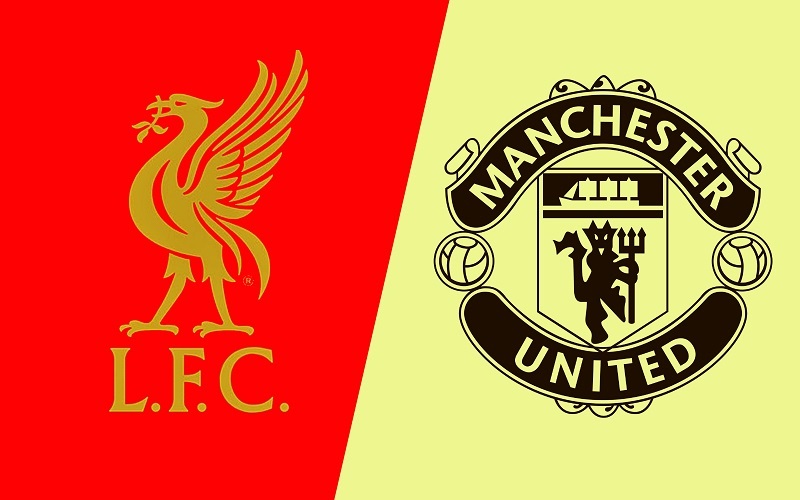 Once the computer at the Premier League’s Paddington HQ has run its permutations and algorithms, it churns out a fixture list. Fans of Manchester United are all too eager to look for two fixtures, and two fixtures alone – the ones against Liverpool. These games are rituals of passion amid dread, hope irrespective of fear and unabashed bravado amongst calls for caution.

During the heyday of the Fergie era, fans always relished these games. In every moment of magic and madness, there seemed to be an extra iota of effort always displayed by every player on both sides. Yet for the best part of the last three decades, United fans enjoyed this fixture for what it was: a passionate exhibition of England’s two most storied teams. Yet they were never worried about their Merseyside rivals picking up major honors. The Reds from Manchester saw to that. Today’s climate, however, has sharply changed.

Liverpool are a marauding outfit, mauling every opponent they face. United have blown hot and cold for much of a campaign that has vexed supporters. Ole Gunnar Solskjaer has invested in the youngsters at United, albeit for the serious lack of depth and quality in many key roles. His signings have, on the balance of it, done well for the club so far. Yet United fans are bemused, not necessarily by their side’s inconsistent results; but more because Manchester United still do not seem to have found a definitive style under their manager. The players puff their chest out and give it their all. Yet, despite the madness that United’s pacey attack can pull off on the break, there does not seem to be a method to it. Solskjaer may yet need a fair bit of time, and a lot of money to bring that order to United.

Today’s fixture at Anfield will be a baptism by fire for many of United’s current crop. United’s defense will need all hands on deck. New club captain Harry Maguire might need to find his leadership skills fast, to marshal partner Victor Lindelöf and the rest of his defensive colleagues. Aaron Wan-Bissaka will need all his talent and the odd slice of luck against Sadio Mane and Andy Robertson.

On United’s left, Solskjaer might repose his faith in Brandon Williams. While the youngster loves a gallop forward, so does the opposing full-back on his flank. Trent Alexander-Arnold has blossomed into one of Europe’s finest full-backs and is likely to relish the prospect of taking on the fledgling Williams. In midfield, Fred and Nemanja Matic are expected to start. Fred’s energy and industry have been a positive spot for the team, but one fears the game will be decided in this third of the pitch.

A combative, tenacious, spiky and hungry Liverpool three-man midfield is likely to overrun the pair. There is not a lot United can do to stop the onslaught, while the absence of Paul Pogba means there isn’t going to be a whole lot pushing upfield the other way. Is there any semblance of hope for the team?

United’s front line is quick, but there are likely to be few chances to find open space to dart into. The excellence of Virgil van Dijk is pitted against the tricky, albeit inconsistent Anthony Martial. The Frenchman can give any defender in the world a problem, but one wonders from where the service is going to come. He is unlikely to find any time and space to work with as well. He will be accompanied by youngsters Daniel James and Mason Greenwood, for whom this might be a chastening experience. James laid off an exquisite low cross for Marcus Rashford to finish in the reverse fixture, and United fans will pray he has a chance or two to do the same this time. Juan Mata has been in fine form recently and has enjoyed games against Liverpool in the past. But the game is likely to be fast and frantic, and he will have to start finding the gaps fast.

In recent years, and certainly at Old Trafford, United have enjoyed the upper hand in this fixture. But the players at Liverpool are now of a different ilk. All of them have gone through an organic story of growth, with many now being the best in the world in their positions. Liverpool are, as a natural consequence, the best club side in the world now.

Their campaign has been a masterclass in mental fortitude. Sure, having the world’s best defender, keeper and probably its best attack in your ranks helps, but it takes a lot more than that to churn out results at a rate that beggars belief. 61 points from 63, 104 points across the last 38 games, over 1000 days unbeaten at Anfield – the records keep tumbling for Jurgen Klopp and his men. Their superiority over their most bitter of rivals is well documented going into the game, it is simply a question of passing another battle of wills for, dare we say it, the champions-elect.

Liverpool’s aforementioned 38-game run contained just five draws, two of which have come against Solskjaer’s United. The Norweigan has displayed tactical nous against the Big 6, including when these sides last met. Klopp will be wary of how United managed to turn one of their biggest assets, the attacking full-back duo of Robertson and Alexander-Arnold, into their Achilles’ heel. The likes of Gini Wijnaldum will be asked to be extra vigilant while patrolling the half-spaces in between the back four.

In this endeavor, Klopp will be pleased to be able to call on the services of Joel Matip and Fabinho again. The former hasn’t featured since the reverse at Old Trafford three months ago, and won’t walk back into the starting eleven at Joe Gomez’s expense. The Englishman has been imperious since his return to the squad and has kept six straight clean sheets alongside van Dijk. Fabinho, however, could be in from the start to lend a hand in the engine room.

One of the criticisms levied against Klopp on the back of the draw was the lack of penetration against United’s low block. It wasn’t until the German threw on the forward-thinking midfielder trio of Adam Lallana, Naby Keita and Alex Oxlade-Chamberlain for the last stages of the game. Their introduction eventually swung the game in the League leaders’ favour, something that will be on the back of Klopp’s mind as he pencils in the line-up for this monumental clash.

Perhaps in an attempt to avoid another one of United’s low blocks, Klopp’s not so sly quip attempted to goad them into more offensive action at Anfield. “It’s strange when you play against a high, high-quality team as United still are, and they play the way they play,” said Klopp, looking ahead to the game. “It makes life really difficult.”

He is unlikely to get his wish, as Solskjaer’s hands may be tied owing to Rashford’s absence. The limelight, in that case, falls on Martial, who hasn’t scored against Liverpool since his stunner on Manchester United debut.

The other mercurial winger to miss out on the earlier game between the two was Mohamed Salah, who playfully suggested that his absence led to his side’s only dropped points this campaign. The Egyptian might be onto something, however, as no one has contributed to goals quite as he has since his return to the Premier League in 2017. Incredibly, none of those have come in his five appearances against United though, a trend he will be hungrier than ever to put an end to.

The enduring consistency with which Liverpool have dusted aside their opposition this season has reduced the race for the Premier League title a mere arithmetic equation. 11 wins will do it for Klopp and co, a return they have matched since they left Manchester with a chip on their shoulders. League title aside, Liverpool are chasing perfection, and today there will be a chance to get back at the only team that has denied them of it. Manchester United and its players find themselves shaky and inconsistent. There are flickering signs of hope, but they have a long way to go. Today is likely going to be a painful affair for the United faithful. Many of United’s players have seen their careers flounder and stagnate while their counterparts have gone on to grow by leaps and bounds. Their opponents will deservingly win more silverware to recognize that growth. United will hope that they avoid a footballing lesson, before looking any further ahead.