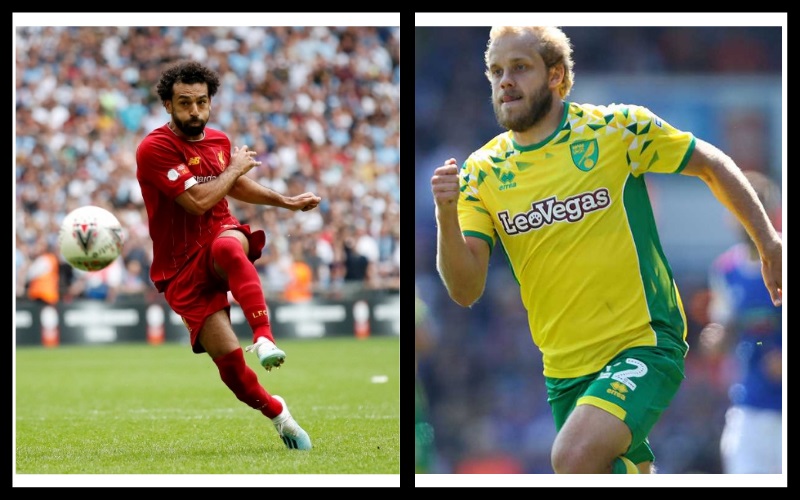 The 2019/20 Premier League season kicks off tonight as Liverpool play host to Daniel Farke’s Norwich side.

While on paper this might not look like a game which will be fun for a neutral, this is probably the best time Daniel Farke will hope his EFL Championship winning side can face the giants; before they get into their rhythm. Liverpool haven’t had the best of pre-seasons and Norwich might be able to spring a surprise.

After recording the third-highest points tally ever in Premier League history, and still finishing as runners-up to the historic Manchester City side, all Liverpool can do is go again this year. Having spent the summer trying to keep the squad intact and not splashing the cash on any new recruitments, Jurgen Klopp will hope that his side will be able to mount yet another title challenge. On paper, Liverpool look to be the only direct competitors to City for the title; and the onus will be on them to start strong.

If Manchester City are to be held as a reference point, early signs indicate that we are in for yet another fierce title race; Sunday’s Community Shield saw the Merseysiders and treble-winners all squared up after 90 minutes and a saved Giroginio Wijnaldum penalty proved costly for the Reds as the blue side from Manchester wrapped up their first silverware of the season.

Liverpool are unbeaten at Anfield in their last 25 games against promoted sides and are currently in a 40-game unbeaten streak at Anfield. Their record against Norwich has also been impressive, having bagged five goals in four of their last six encounters.

A top-flight side for the first time since the 2015/16 season, no one expected the Canaries to win the EFL Championship last season, having finished in the bottom-half the season before. But under the young Daniel Farke and his impressive tactical style of play, Norwich were able to go all the way and earn a place in the Premier League.

Norwich have had a somewhat mixed pre-season in the buildup to what will be Farke’s first taste of first division football in any country during his career. They won three, lost two and drew one of their five pre-season games.

Recruitments wise, Norwich have been modest; spending just around £4m on new players, the most expensive of which was the £750,000 purchase of right-back Sam Byram from West Ham United. They’re a long way off in terms of spending to Aston Villa, who have spent almost a 150 million quid on new arrivals but looking at Fulham’s antics last summer we can definitely say that spending doesn’t always lead to survival.

Even a single point against Liverpool will do wonders to Norwich’s confidence, and they’re gonna need it since they also face Chelsea and Manchester City in the first five gameweeks. But the Canaries have a woeful opening day record, winning only once in the last 16 years.

Not many expect Farke’s side to survive in the Premier League, but the German has been known to surprise everyone.

Liverpool are likely to be without their star man Sadio Mane, who helped Senegal reach the final of the African Cup of Nations and has been back with the team only since Monday, missing the entire pre-season. As things stand, last season’s UEFA Champions League hero Divock Origi looks to be the most viable candidate to replace him.

James Milner is still recovering from a knock which didn’t allow him to play even against City last Sunday and by the look of things, the Liverpool starting line-up on Friday will be very similar to the one in the Community Shield.

Rotations in the midfield are something with which Klopp can surprise us so don’t be surprised if Naby Keita is thrown into the mix.

Norwich have quite a few players on the treatment table. Centre-back Christopher Zimmerman, midfielders Alex Tettey and Louis Thompson are expected to be back in training later this month.

The Canaries will look to last season’s 30-goal top scorer Teemu Pukki for any goal threat, while summer loan arrival winger Patrick Roberts will hope to do parent club Manchester City an early favour should he feature.

Liverpool are unbeaten against the Canaries since all the way back in 1994, winning 10 out of their 12 encounters. The last one of those was one of the most exciting contests, with Liverpool triumphing 5-4 via a stoppage time goal through Adam Lallana in January of 2016.

Norwich fans will find solace in the fact that they’re not up against Luis Suarez in red, who loved playing against them. The Canaries have conceded the most goals against Liverpool than any other team in the Premier League.