He has deservedly earned the accolade of the best player on the planet and his individual trophy cabinet, as well as personal feats, emphasize this even further. Even with all that he’s done on the pitch, with all the goals, all the assists and ever-growing list of honours, the Argentine still has his doubters. A major complaint they have against Messi? His ability, or lack thereof, to be a captain. Lionel Messi, with the ball at his feet, is undoubtedly the best in the world but being the best on the team isn’t enough of a qualification to be a captain. It shouldn’t even be part of the criteria.

To be the leader of a team as grandiose as Barcelona isn’t something that happens overnight. It takes years to prove that you deserve to wear the Senyera armband and lead the team through triumph and downfall. In Spain’s top flight, captains are often picked on the basis of seniority, but at Barça, things are done differently, with the Culés putting it to a vote. As per the 2018 elections, Messi emerged as the clear winner with Busquets as vice-captain, Piqué in third and Sergi Roberto fourth in line for the captaincy.

What qualities does Messi have that would make them pick him as their leader?

It has to be said that no two captains are the same. Some are loud, others are calm but wherever they lie on the spectrum, their role is pivotal to the success of the team.

Well, to begin with, it’s his personality.

“I am more worried about being a good person than the best player in the world”,  said Leo back in October 2012, “when all this is over, what are you left with?” Before commanding respect, you need to earn it and no one will waste their time trying to listen to someone who they don’t respect. No one wants to have an arrogant, pompous personality leading them into games, or anything for that matter. Managing to get the entire locker room on your side is essential to building harmony and coherence among the players of the team. It makes the whole environment more conducive to work.

Another thing that Messi does quite often, and quite well if I may add, is building the confidence back up for those players enduring a rough patch. Taking a look back at 2015, in the race for the Golden Boot against Cristiano Ronaldo, Barcelona were awarded a penalty with Messi on a hat-trick. Having seen that Neymar hadn’t yet gotten on the scoresheet despite it reading 7-0, he gave him the spot-kick which the Brazilian slotted home. This is something he repeated against Sevilla when Coutinho was low on confidence, as well as for Suárez against Real Madrid, Alavés and Huesca. Not only must captains be adept at playing, but they must also be able to bring out the best in their teammates: to inspire them to be greater, to instill confidence where it’s lacking. For the little man, this is something he’s mastered.

As far as restoring confidence and defending his teammates is concerned, Messi is more than ready to quiet the cursing mouths of even his own fans when he needs to. In one instance, once again with Coutinho at the Camp Nou, the fans were jeering him for his below-par performance against Liverpool. After scoring his first goal and the team’s second of the night, Messi faced the fans at the “Gol Nord” gesturing at them to stop whistling at the Brazilian. In the post-match interview, Messi spoke about the team being in a definitive moment, but also rubbished the manner in which the fans conducted themselves, calling their actions “ugly”. He then insisted on togetherness and support whether the player had a good game or not. This was his hundredth game as Barcelona captain and he made sure to set an example for those watching. 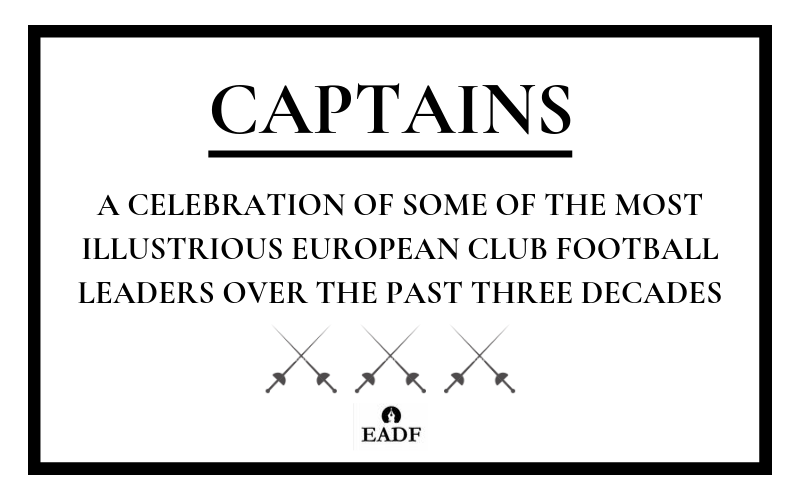 His defense of his teammates was once again in the spotlight not too long ago. Messi’s public addresses are like Iniesta’s goals – they are few and far in between, but come when they are most needed. Eric Abidal called out the players a few weeks ago for having been too complacent and dissatisfied with Ernesto Valverde. The Frenchman claimed that it was this, alongside communication problems in the changing room and the playing style itself that eventually led to El Txingurri’s sacking. Messi hit back, saying, “People have to be responsible for their own decisions […] The heads of the sports department have to take their responsibilities too. Finally, I think that when players are talked about, names should be given because, if not, we are all being dirtied and it feeds comments that are made and are not true.” A captain should be able to defend his teammates from any storms, whether from outside or within. Messi, that day, did just that. Any such discussion should’ve happened in-house but Abidal didn’t care. He put a target on the players’ backs, opening them up to all sorts of judgment and criticism. Messi duly showed him that he should know better than to come out at the players.

Lastly on my list of qualities is Messi’s never-ending contributions for his team. For him, it’s a personal objective to aid the team in whichever way possible. Whether it be by a goal, assist or just general involvement in the game, the little Argentinian makes sure to give a good account of himself. A captain must serve as a role model for his teammates to follow, setting the standards. Seeing someone give 110% in every game even when in pain is more than encouraging for everyone concerned.

The whole squad knows that they have to put in the same sort of effort on every matchday because the person leading them through battle is doing the same. It enforces teamwork as everyone is fighting for each other. Even during the recently concluded ‘drought’ Messi was enduring under Setién, he remained influential as ever with 6 assists. You can take away his goals but Messi is determined as always to produce something for his sides. He always finds a way to pull something out of his hat.

As per what we’ve just highlighted, Messi has demonstrated multiple times that he does possess qualities that make him a good leader. He is a paragon for the rest to follow, ready to defend his teammates and there to offer a helping hand when they need to be lifted. He is still human and like everyone else, has areas in his leadership that need fine-tuning.

What can he improve on?

Messi shows emotion and though it isn’t a bad thing, I’m confident both Barça and Argentina supporters get disappointed whenever Messi has his head bowed, hands in the face and seemingly on the brink of tears. Not only does this discourage his teammates, but it also enforces the strength of the opposition. Captains serve as the cornerstones of their respective clubs and when they’re down, everything around them comes crashing down like a house of cards. They’re supposed to be the ones who, even when seemingly down and out, believe their team has enough quality to pull through and win. So many aspects of his game are enviable but not this. It’s something that he, of course, knows about himself and will try to improve.

As we’ve seen already, captains are the ones that the team looks up to. When Barça have a refereeing decision going against them, it’s incredibly disappointing the way Messi reacts. He barges at the referee, sometimes shouts, points fingers and generally makes a nuisance of himself. If he is acting this way – alongside fellow captains Piqué and Busquets – then expect the others to follow suit. Over the years, Barcelona have developed a reputation of being the side that referees hate to officiate most. They find themselves surrounded by the Blaugranas’ players if something doesn’t go their way and woe unto them if they’re in the Camp Nou. Not only will the players be on their case, but they’ll also find themselves encompassed by jeers from some tens of thousands of people. Sure, frustrations can get to anyone at any given time but as the model of what your team is supposed to act like, players like Messi should know better.

In summary, Lionel Messi is a different kind of captain. He isn’t one of the noisy ones, he certainly isn’t one you’ll see jumping around with his hands sky high trying to motivate his peers but he gets the job done by motivating the other ten in different ways to most captains. He, of course, has areas in his leadership that need fixing but that will be left to time to take care of. He needs to have a bit more faith in himself and his peers and needs to be a better example to his teammates when things don’t go his way. I believe that if Messi improves those two aspects of his game, he might end up as one of the best captains in his teams’ history.

Written by The Cruyff Way | Edited by Kabir Ali

You can read all our articles on OneFootball as well.