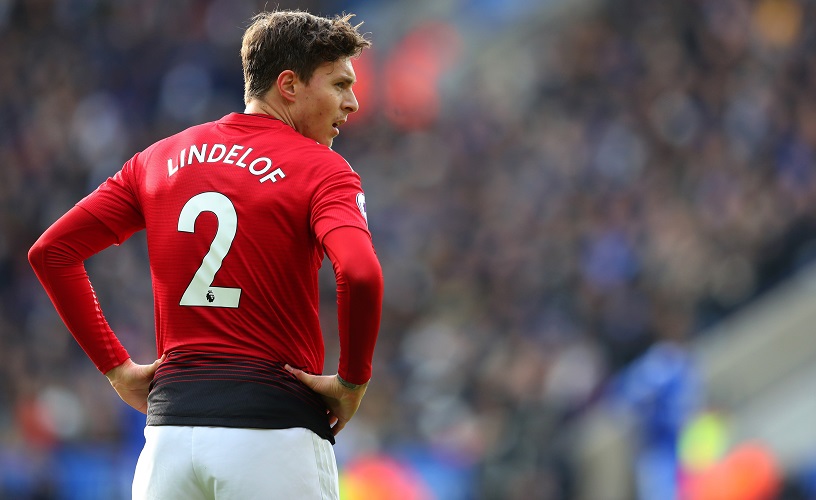 Heading into the 2017/2018 season, United were desperate to strengthen the backline with some quality additions. Their CEO, Ed Woodward had assured fans that he would be spending heavily to combat the growing dominance of the top teams in the country. The revenues were steady, sponsors were happy and the board was satisfied having added two trophies to the cabinet. There was a growing sense of belief that the upcoming season could be a special one for the club, and Sir Alex’s words echoed loudly “Attack wins you games, Defence wins you titles” United’s pursuit for a centre-back continued and ended with them signing Lindelof for £35million.

Victor Lindelof started his career in the lower tiers of Swedish Football before signing for Benfica as a 17-year-old in 2011. It took him two years in the reserves before he finally made his team debut in October 2013. He was a key part of the U-21 side that won the European championships in 2015. But why were Manchester United after him? There were a couple of reasons why the club was relentlessly pursuing him, one being the fitness of two players at United’s disposal: Marcos Rojo and Phil Jones. Pundits and fans alike said they were like glass. The other explanation would have been to find a partner for Eric Bailly who had impressed in his debut season.

He is known as “The Iceman” due to his confidence and composure. Built like a traditional centre-back, he also possesses the mobility and technical ability to play at right-back. He has mastered the ability to read the game well, rarely conceding fouls in the process. Lindelof also rarely picks up yellow cards, reminiscent of a certain Rio Ferdinand. There were several reports in Portugal that Mourinho was particularly impressed with his speed, seeing similarities between the Swede and Raphael Varane. It didn’t take long for United to come back and make a bid for the Iceman. 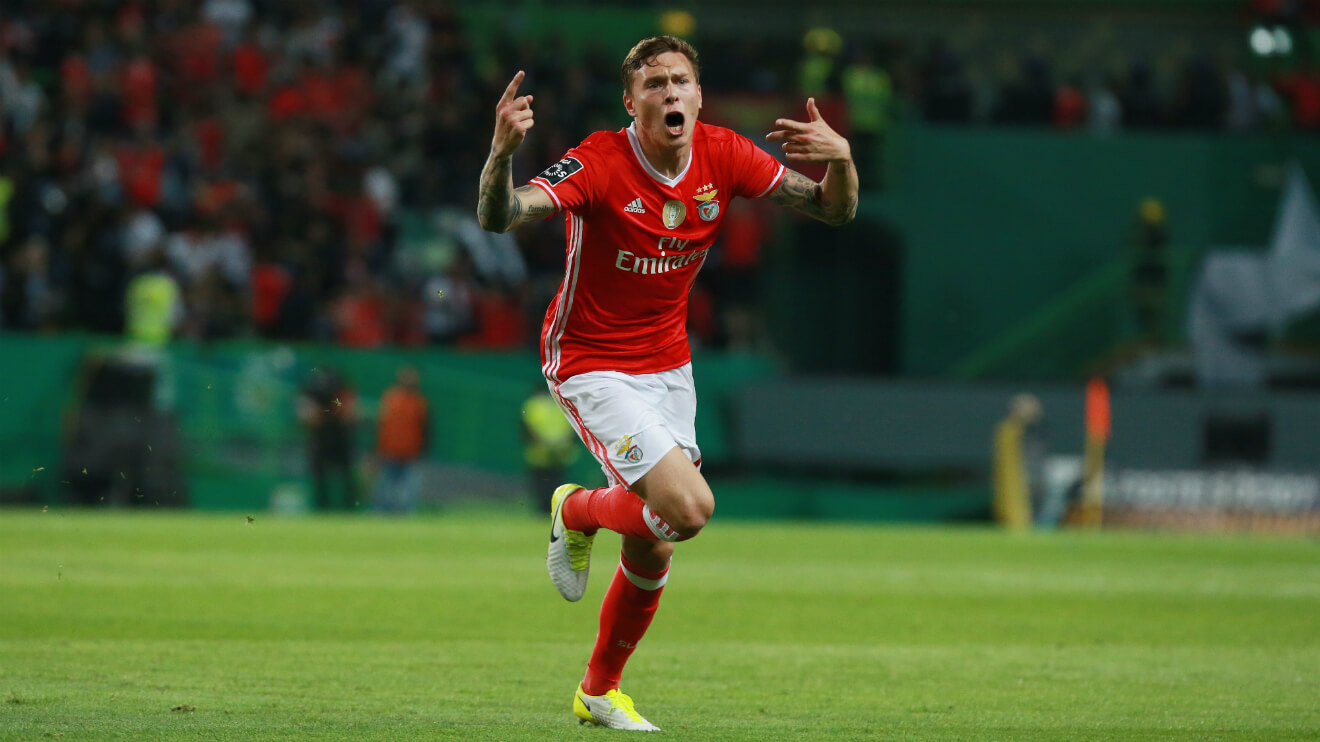 Having established himself as a regular in the faltering United side, his start didn’t go according to plan when he joined the premier league in 2017. Jose Mourinho had doubts about the centre back’s adaptability to the fast and physical stature of the competition. It was a forgettable debut for the new recruit as United suffered its first defeat of the season to Huddersfield. Lindelof was partially at fault for the first goal, misjudging the situation on the halfway line which led to Aaron Mooy putting the ball in the back of the net. The mistake was hovering over his mind and the worst was yet to follow. The goalkeeper smacked the ball downfield with the hope of someone latching onto it. Lindelof was right underneath the ball, and the very next moment what everyone saw was that he inexplicably ducked. Depoitre pounced on the loose ball, rounded the ever-present David De Gea and scored. 2 goals conceded in five minutes, having previously conceded only 2 in 11 hours.

Lindelof went on to feature in 29 games for United in all competitions during the 2017/18 season and was left out of 13 games altogether. Looking at the amount paid for the highly-rated defender, the numbers were clearly not good enough. Spanish outlet Marca put him, Leonardo Bonucci and Benedikt Howedes in their 2017 worst XI of the year. FourFourTwo named him as Manchester United’s worst player during the season with the justification that “Lindelof won’t be around for long at Old Trafford.” Lindelof managed 17 tackles – 40 fewer than Antonio Valencia who was a converted full-back. Mourinho wanted to give the Swede some time to settle in before he could cement a place in the starting XI. 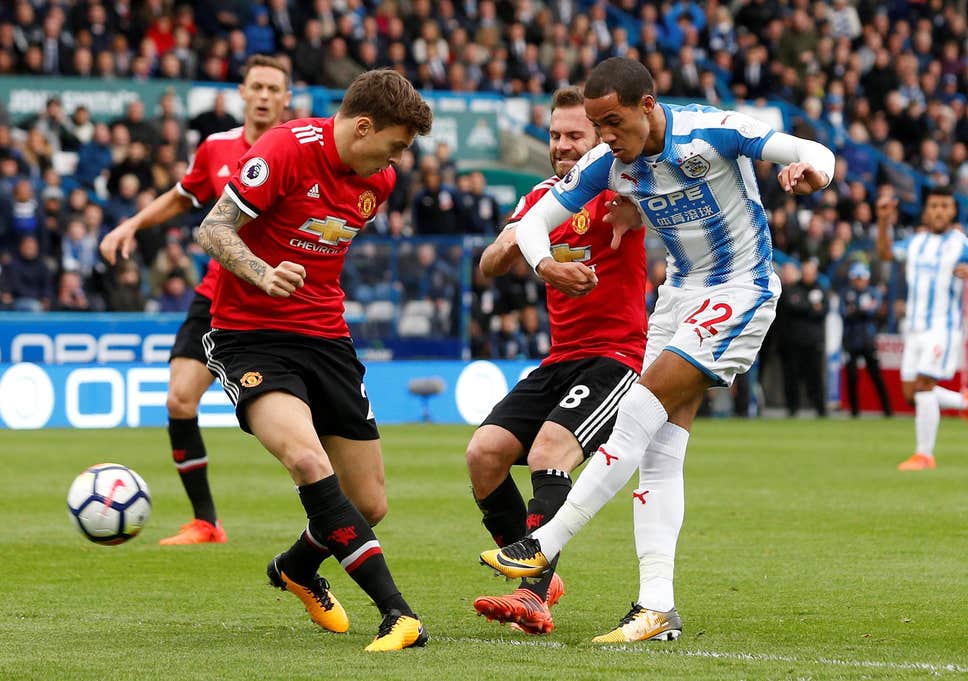 Fans were puzzled looking at his performance for the national team, with Victor seeming comfortable and settled. One fan even commented, “Victor looks BOSS for Sweden but an absolute clown for United.” He even helped his team beat Italy over two legs and qualified for the 2018 World Cup, It was a monumental defensive effort by the Swedes, with Victor at the heart of it. He was also named ‘Swedish player of the year’, the award that Zlatan Ibrahimovic had won for 10 years running. Jesper Blomqvist had compared Lindelof to Rio Ferdinand, mostly on his ability to calm the game down and make short passes.

A statement no one could have envisaged looking at his performance at the start of 2017/18. United did finish 2nd that season, but the uncertainty in defence continued. The team management was constantly trying out different permutations and combinations. 2018/19 started with Eric Bailly and Lindelof paired together but quickly changed when United lost against Brighton & Hove Albion. Manchester United’s season was one to forget, but Lindelof showed signs of consistency and raised his defensive game through several impressive performances throughout December and January, leading him to be shortlisted for the Premier League player of the month for January – further cementing himself as the first-choice centre-back. Throughout the campaign, he made 40 tackles, 10 more than Chris Smalling who was the next centre-back on 4th position. Victor was 2nd to Chris Smalling in Aerial duels won with 69. He showed signs of engaging with opponents in the air with the highest headed clearances for a United player with 63. 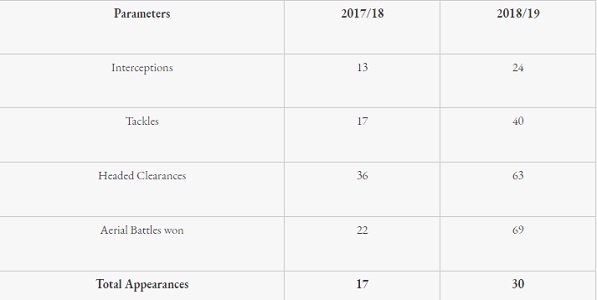 The table clearly shows us that he was considered more trustworthy in his 2nd season. Jamie Carragher’s exact words were “I actually feel a bit sorry for him, he should not be playing at this level” after United had lost to Brighton & Hove Albion. Fast forward a few months and he won Sweden’s most prestigious award ‘Guldbollen’ and in the same month won Manchester United’s player of the month award for November, as voted by the fans. Lindelof looks comfortable, has settled well in Manchester and only needs one stable defensive partner for United to challenge a top 4 finish.

Fast forward two seasons Lindelof has managed to crack the code of staying fit and playing well, quite surprising for a centre-back at United. Commanding, good in the air, calm & composed and can play the ball out from the back- Qualities that you would require to play for a big club. Marcos Rojo, Phil Jones, Eric Bailly have been either erratic, injured or both. Smalling has been consistent in not getting injured but is prone to errors. Permutations-combinations can be tried if there are quality defenders and with Maguire’s arrival imminent the level of competition is set to go up. The first game of the season has to be the game where Ole identifies his two main centre-backs for the season and rotate the team around them. Lindelof is a starter for sure and is set to get even better now with a quality defender beside him.