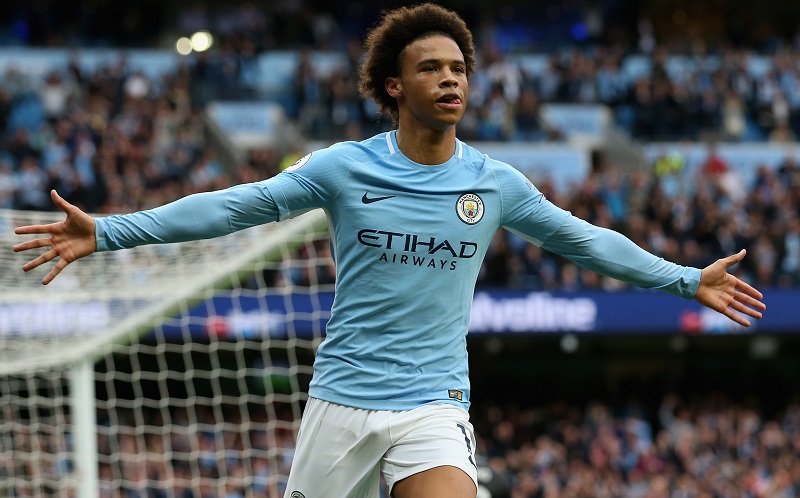 “I don’t have any problem with criticism. It’s an incentive to refine myself.” – Leroy Sané.

One of Europe’s most talented wingers, ‘The Wattenscheider Robben’, has been ripping apart defences with his blistering pace and a wand of a left foot for quite a while now. Still only 24, Leroy Sané has taken his talents to another galaxy altogether under the tutelage of Pep Guardiola at Manchester City. Having seen his season tragically cut short with an Anterior Cruciate Ligament injury in the Community Shield tie against Liverpool almost a year ago, Leroy Sané is fit and raring to go as European football gears up for the resumption of its leagues. With a tendency to cut in and curl stunners into the top corner, Sané has been reminiscent of a certain Arjen Robben over much of his career and is widely considered to be the Dutchman’s potential heir. Bayern Munich agrees too, as the club has reportedly reached personal terms with the player in what promises to be one of the most significant transfer sagas of 2020.

Prodigiously talented and matched with an unrelenting desire to better himself, we take a look at the Manchester City superstar’s footballing journey.

Having one of Senegal’s most famous footballers for a father and an Olympian medal-winning gymnast for a mother, one could say Leroy Sané was genetically primed for success. Born on 11 January 1996 in the city of Essen in the Ruhr region of Germany, Leroy Sané had considerable boots to fill.

His father, Souleymane Sané, a striking sensation for the Senegal national team, was forced to move to Germany early-on in his career from his resident country, France. Scoring 51 goals in 174 appearances in the German top-flight in a career spanning from F.C. Nürnberg to Wattenscheid, it is easy to see the secret behind the younger Sané’s lightning pace. His father once clocked 100 metres in 10.7 seconds, setting the Bundesliga on fire. His mother, Regina Weber was a professional rhythmic gymnast with an illustrious career, who achieved the Bronze medal in the 1984 Summer Olympics.

This meant that the weight of living up to the sporting achievements and expectations of the family was thrust upon their three children (Sané has an older and a younger brother) from childhood. Taking up football from a very young age and playing in the fields of their neighbourhood near Wattenscheider Lohrheidestadion, a 9-year-old Leroy Sané joined German club Schalke’s youth academy in 2005. In an academy renowned for producing world beaters, young Leroy Sané wanted to emulate his father’s footsteps and become a star striker. Later moving to Bayer Leverkusen’s academy with his brothers Kim and Sidi, Sané started grabbing eyeballs of youth coaches and players alike with his precocious talent.

“After all these years, I still have this memory of this feint he always did. He always made the same move with his left foot. Everyone knew about it, but it was impossible to defend. A bit like how it is with Arjen Robben.” – Frederik Streit (Sané’s former teammate at Leverkusen)

The ‘Wattenscheider Robben’ moved back to his old club Schalke after three eventful years in the Leverkusen academy. However, Sané started facing some roadblocks in his progression to the U-17 level. His slim build and small frame meant that he was always at a physical disadvantage to stronger, heavier players in the same category. This led to him not being in contention for a starting spot in the Schalke U-17 line-up, and young Leroy Sané found his game-time limited to sporadic appearances.

“You could see that he had some talent, but I wouldn’t say he was one of the standouts,” – Maurice Neubauer, his former teammate at Schalke.

However, never letting his physical constraints get the best of him, he worked with discipline and rigour to hone his natural abilities. The effort finally paid off as in 2013, Sané, along with Neubauer earnt promotion into the Schalke U-19 team under the tutelage of Schalke’s legendary U-19 coach Norbert Elgert- The man widely credited with the development of raw talents Mesut Özil, Julian Draxler, Manuel Neuer and later, Leon Goretzka. This proved to be an instrumental period in Sané’s footballing journey as he worked hand-in-hand with Elgert, who he named “a very important person” in his footballing journey. He also started getting physically stronger, building muscle and core strength to hold his own against physically imposing defenders in the U-19 League. He ended up scoring ten goals and laying down ten assists in his debut U-19 season, deployed primarily as a playmaker in Elgert’s 4-4-2 system.

His impressive performances with the U-19s started getting the senior side’s attention, and Sané made his official Schalke debut at the tender age of 18 in an away game against VfB Stuttgart in a Bundesliga encounter.

“He was a bit nervous in his first training session and lost every ball, and he kept getting upset. Everyone laughed and teased him about not being able to control the ball, but we would tell him: ‘If you learn how to do that, then you’ll become a world-class player.’ That worked quicker than expected.”- Roman Neustadter, Sané’s teammate in the Schalke first-team, remembers.

Sané kept his head down and worked hard, impressing many of his new teammates with his positive attitude. Primarily deployed on the right-wing, he was equally comfortable playing on the left-wing and in attacking midfield. His versatility and hard work came to fruition as he finished his debut season with 13 appearances in the league, scoring his first goal in the league against Cologne on 13 December 2014. 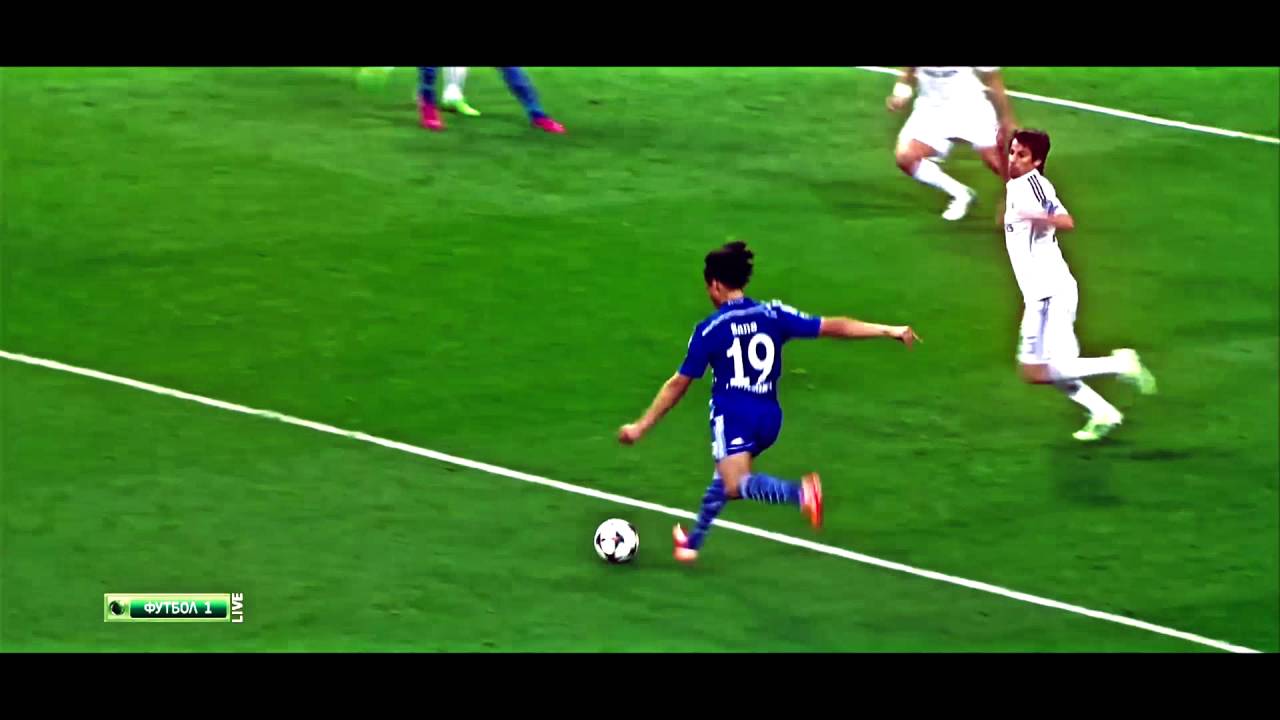 He also completed the league as the Bundesliga’s Rookie of the Season. However, it was in the Champions League that Sané truly attracted the attention of the world. In a standout performance against Real Madrid at the Santiago Bernabéu, Sané came off the bench to sail a Robben-esque left-footed curler past the despairing hands of Iker Casillas in a famous 4-3 win for the Die Königsblauen. Even though the aggregate score proved beyond them, Sané captured the attention of the global audience and Europe’s elite with his effervescent diagonal runs into space and blistering pace. Cutting inside opposing full-backs, Sané’s wand of a left-foot could pull off a repertoire of shots. He also impressed with his creative abilities, proving to be as effective a playmaker as he was a goalscorer. Thus, a new hero was born in Gelsenkirchen.

Sané finished the 2015-16 league season with eight goals and six assists in 33 appearances for the club, making his official debut for the German national team in a 2-0 friendly loss against France. Adding consistency to his game, Sané proved that pace was not the only weapon in his arsenal with mature performances against the Bundesliga’s best. He also started attracting several suitors as many European heavyweights circled him, hoping to sign one of the world’s brightest talents. Manchester City finally prevailed and signed him on 2 August 2016 for a record potential £46.5 million deal, making him the most expensive German footballer of all time.

“Leroy Sané is a huge talent and I can only congratulate Germany on having a talent like him.” – Pep Guardiola (While at Bayern Munich)

Sané instantly adjusted to life in Manchester in Pep Guardiola’s first season with the club as his amiable personality and easy-going nature aided his integration into the Manchester City squad. Making his debut in a 2–1 win, in the derby against Manchester United on 10 September 2016, Sané had an uneventful match. However, Sané found the Premier League’s physical and unrelenting nature challenging to adapt and was often criticised for his inconsistent performances in the first half of the season. He finally made his mark around December of the same year, with an exemplary performance against Arsenal in a 2-1 win. Scoring his first goal in the process, Leroy Sané put in the hard yards in a battle to behold against Arsenal’s full-back Héctor Bellerín. In a tussle between two of the fastest players in world football, Sané came out on top and gave Bellerín a torrid time throughout the game, with his exemplary ball control, skills, and insane acceleration.

In the second half of the season, he lifted his overall game with all-round performances to such an extent that Pep Guardiola was prompted to say that he was ‘like a new signing‘. He finished the season strongly with five goals and five assists in 26 appearances. However, for much of the season, he was curtailed by severe nasal congestion that prevented him from realising his full potential. He opted to have corrective surgery in the summer break, missing the FIFA Confederations Cup for Germany in the process. That, however, didn’t stop him from becoming a key player in Manchester City’s successive Premier League title-winning squads in the following seasons.

“Leroy has an incredibly good feeling when it comes to running into space and, with his speed, he has acquired this very well. He is a player with a special gift and finesse, speed paired with technique and strong running. He can make the jump with us very quickly.” – Germany manager Joachim Low

In the 2017-18 season, Sané showed the world exactly how good he was with consistent standout displays, winning the PFA Young Player of the Year Award and putting up ten goals and fifteen assists in 32 league appearances for the club. His exclusion from the 2018 German World Cup squad in favour of fellow wunderkind Julian Brandt was thus, extremely surprising.

Sané had successfully stepped up his overall development, working in tandem with Guardiola to become more of a team player than ever before. He learnt to make the best of his natural gifts while simultaneously improving on the other facets of his game. His dribbling skills had increased exponentially as he was proving to be a master of 1v1 situations, giving his team plenty of options while playing against a low block or on the counter. His blistering pace combined with deadly body feints unbalanced many-a-defenders, letting him cut inside and unleash venomous shots off his left boot. Equally adept at taking shots from long range as he is at finishing, Sané’s unpredictability makes him an invaluable asset for Manchester City. His off-the-ball movements and diagonal runs anticipating a through ball from city’s engine room have improved drastically with the player developing a degree of in-game intelligence like never before. He can also whip in devastating crosses and create beautiful through balls, extremely essential in Manchester City’s system of highly mobile strikers. Always on the lookout for runs outside the flanks and with the suitable end product to back the talk, he improved even more in the following season, contributing ten goals and eleven assists in 31 league appearances while winning the title. He has developed into a typical Pep Guardiola winger with his industriousness off the ball movement matched by his constant desire to get into avenues of space behind opposing full-backs.

After having his 19-20 season cut short by an ACL injury, Sané is now fit and raring to go. With personal terms reportedly agreed with Bayern Munich, Sané is proclaimed as Arjen Robben’s heir apparent in the Allianz Arena with a rumoured €56.5 million move on the cards. If combined with compatriot Serge Gnabry, there is no extent to the havoc both wingers would wreak upon the Bundesliga. This could potentially be a partnership akin to Franck Ribéry and Arjen Robben’s ‘Robbery’, that terrorised the Bundesliga for the best part of a decade.

Leroy Sané’s transformation from a pacey youngster to one of Europe’s most talented wingers is a testament to the player’s talent and tenacity. Whether at Manchester City, Bavaria, or elsewhere, there is no limit to where the ‘The Wattenscheider Robben’ can go and what he can achieve.