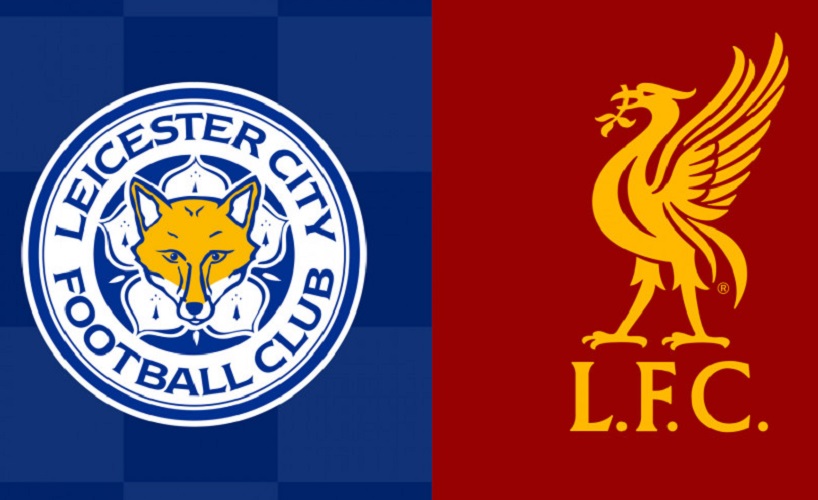 Liverpool’s celebrations following the full-time whistle in Saturday’s Club World Cup final win over Flamengo were visibly muted, as the side rejoiced in adding a previously missing piece of silverware, but was also fully aware of the task that awaits them when they return home. Having put domestic competition on two fronts on hold, they resume their title tilt with the top of the table clash against Leicester.

Jürgen Klopp will be keen to showcase just how hungry his team are for domestic honours, having been forced to all but forfeit the League Cup quarter-final tie at Aston Villa. The youngest side in the club’s history led out by U23s boss Neil Critchley was soundly beaten 5-0 as the first team players and staff could only watch on from the other side of the world. Klopp, inexplicably, drew flak from some in the press for disrespecting the competition. It would serve the cynics well to remember that Chelsea, the last English team to compete at the Club World Cup, had their League Cup tie rescheduled by the EFL when faced with the same predicament in 2012.

For his part, Klopp refused to back down. In his thinly-veiled dig at the powers that be, he stated, “The situation is different for us as it is for Flamengo. They came here with a clear order to win it and come back home as heroes. We got told to stay at home and play in the EFL Cup.”

Now that they are back from the desert with an additional piece of baggage, Liverpool must quickly shake off the jet lag to prepare for three games in the space of a week either side of the new year. First up is the headline clash, with the visit to Brendan Rodgers’s Leicester.

The flying midlands’ side have had their wings clipped with a draw and a loss in the last two league games, but that doesn’t take away from a stellar first half of the season which sees them in the League Cup semi-final as well. However, they must be wary that a loss on Friday night will mean 8 dropped points in their last three games, the same tally that Liverpool dropped in all of the second half of last season, which ultimately cost them the title. If they really dream of going toe-to-toe with the big two, Leicester City must learn to operate within a non-existent margin of error.

Brendan Rodgers and his time with Liverpool is understandably a prominent part of the pre-match narrative, given the similarities between his current side and the one he led to the brink of the title in 2013/14. In Jamie Vardy, Rodgers has found the Luis Suárez-esque talisman to lead a thrilling counter-attacking side. With goals in nine of the ten games since the sides last met in early October, Vardy will come up against Liverpool in a vein of form as rich as the one that saw him take the Golden Boot en route to lifting the title four years ago. As if the Reds needed any more warning signs, they need only remind themselves of Vardy’s increased appetite for goals when coming up against the big boys.

The key difference between Rodgers’s two title-chasing sides is in defence. One wonders how his Liverpool side got anywhere near the title, having conceded an incredible 50 goals that campaign. This is in stark contrast to Leicester, who have the joint-best defensive record in the division at the halfway stage, an incredible feat given Harry Maguire’s departure in the summer. The excellent Çağlar Söyüncü has not let the Englishman’s absence be felt, developing a fine understanding with Johnny Evans to anchor the backline.

That said, the duo did ship 3 goals for the first time this season at the weekend when they were picked apart with alarming ease by Manchester City. In the 1-1 draw against Norwich the week prior, Teemu Pukki sprung in behind the last man time and again, exploiting their lack of pace. Mohamed Salah and Sadio Mané would have liked what they saw from Kevin de Bruyne and Riyad Mahrez in the wide areas in the last game, given that they operate in the same half-spaces in which the Sky Blues’ duo wreaked havoc.

Leicester can draw encouragement from their opponents’ less than ideal preparation heading into the game. Once they recover from the 4500-mile trip back to Merseyside, Liverpool must quickly get in shape for what will be one of the most intense games against an electric opposition, something not helped by the fact that their clash against Flamengo went the full 120 minutes. Klopp will bemoan the injury to Alex Oxlade-Chamberlain, who joins Fabinho, Joël Matip, Georginio Wijnaldum and Dejan Lovren on the treatment table. The Englishman’s thrust from midfield would have been vital in settling a midfield battle against the likes of Wilfried Ndidi, one of the League’s best destroyers.

Beneficiaries of a lighter fixture list in the absence of European football, the Foxes’ only injury headache is Harvey Barnes, who limped off against City having clashed heavily with Ederson. In the event that Barnes misses out, Rodgers will likely go for a 4-4-2 diamond with James Maddison at its tip and Kelechi Iheanacho alongside Vardy. Liverpool fans will remember this page of Rodgers’s tactical playbook all too well, as he used it to bring together Suarez and Daniel Sturridge. The ‘SAS’ will go down as one of the league’s finest strike partnerships, plundering 55 goals in their only full season together.

10 points adrift having played a game more, Leicester’s recent slips put them at the risk of becoming a speck in Liverpool’s rear-view mirror. The rampant Reds must become the best in the land before they can flaunt their World Champion status, and could well land the killer blow to their opponents’ title hopes in this blockbuster Boxing Day bout.