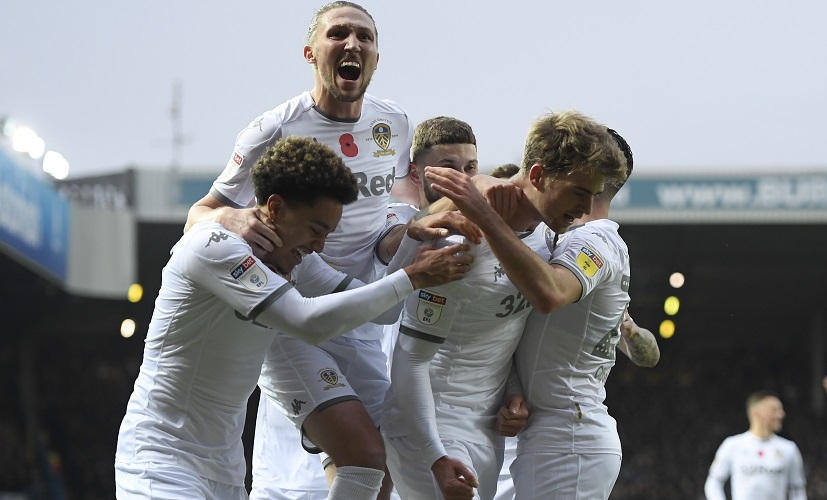 For the people of Yorkshire and so many more across the world, the moment has finally arrived. Their beloved Leeds United Football Club have found their way back to the promised land – The Premier League! Mind you, it has not been an easy ride. After going down in 2004, it has taken so long to find the people to guide them back to where many would consider is their natural habitat. Leeds United and their fans have been used to highs and lows in football. In fact, over the last few years coming close to securing promotion but somehow ending up ‘Doing a Leeds’ had become a theme. But it has not happened this time. So yes, they are back, but are they back for good?

The mastermind behind all this – Marcelo Bielsa

When Leeds United unceremoniously went down, there were two things no one would have envisaged. One, that they would not return to the Premier League till 2020. And two, if it was to take this long and be this hard, that a man from Rosario in Argentina would be the mastermind behind their rise. Marcelo Bielsa, in some ways, is a misunderstood genius – a man to whom the likes of Pep Guardiola and Mauricio Pochettino offer the highest praise. Pochettino has often said he learned everything he knew about football from Bielsa and is a mentor to him. Bielsa coached in 4 different European clubs before he joined Leeds – Athletic Bilbao, Marseille, Lazio, and Lille. His tenure at each of the clubs lasted between a range of two days (YES, just 2 days at Lazio!) and a little less than two years. Bielsa was long known for his approach to football but somehow his success and reputation in South America didn’t translate to the same in European football. But as they say, some things are meant to be and he joined Leeds United in the summer of 2018.

Bielsa and Leeds – a match made in heaven

On 15 June 2018, Bielsa became the new head coach as he replaced Paul Heckingbottom, signing a two-year contract with the option of a third-year after a couple of weeks of negotiations with the club. In doing so, he also became the highest-paid manager in Leeds United history. Andrea Radrizzani, the Italian businessman who owns ElevenSports and took a 100 percent stake of the club in the summer of 2017, had not been the perfect owner for Leeds. But one cannot deny that he has been ambitious and after a tough start, has been the only one during the years in the wilderness who has gone on to fulfil at least some of his promises. Leeds started off the 2018/19 season brilliantly and were playing football like never seen before in the Championship. The imprint of Bielsa was clear to see and his high-intensity, possession-based game was fascinating to watch. By the end of December, they were top of the league and looked to be in the driver’s seat in their push for automatic promotion.

In January, just before a game against Frank Lampard’s Derby County, a huge controversy erupted. Bielsa admitted he had sent a spy to the Derby training ground after reports emerged in the press that a man was spotted there the previous day.  Frank Lampard was critical of Bielsa’s actions and was fuming about it. With intense scrutiny on what was coined ‘Spygate’ in the media, just a couple of days later, Bielsa announced a press briefing. In what is now looked back as one of the most iconic press conferences, Bielsa gave a detailed analysis of his research on a PowerPoint presentation to the gathered media, outlining the meticulousness with which he and his staff prepare for each of his opponents. However, as the season wore on, they crumbled under pressure and dropped more and more points, missing out on automatic promotion. As fate would have it, they eventually took on Derby County in the play-off semi-final, who knocked them out across an incredible two-legged tie.

There were strong rumours that after such a close heartbreak, Bielsa might move on, but he eventually chose to stay. The club gambled too and, this time, Leeds appeared to have won. The consequences of missing out on promotion that season was likely to have been catastrophic but they do not have to worry about that now. Picking up from where they left off last season, Leeds have played some brilliant football this campaign and maybe, fuelled by the bitter experience of last year, have learned and ensured that there are no major slip-ups. They managed to retain the core of their squad and made a few crucial additions and this time, Leeds did not ‘do a Leeds’, and are back – finally!

How will this rollercoaster of a club continue?

They will no doubt recall what happened last time around when they were in the Premier League. Having tasted Champions League football, they ended spending big money and the gamble backfired. By the time they were relegated in 2004, having borrowed money on the assumption of European football, not only did they lose Premier League status, but also their best players had already been sold to desperately raise funds – Rio Ferdinand, Mark Viduka and James Milner amongst others. The debt was out of control and triggered a downward spiral. This time around, however, Bielsa has restored hope and pride to the football club and all the supporters around the world feel united, after what feels like an age. From the outside, it looks like the owners, manager, players and the fans are on the same wavelength and there is a feeling that something special is brewing. Leeds are back where they belong, but they will want to ensure that as a club, they do not slip into old habits and continue to build for the long-term.

Leeds fans, who have suffered 16 years of despair since the club were last in the Premier league will rejoice this moment, but they will know this club has the potential to be much more than this. It certainly does seem a long shot for now, but it has been nearly 20 years since the Champions League anthem last rang around the stands at Elland Road before the semi-final against Valencia in 2001. While nights like those still seem a distant dream, this club is at least back on its feet and no one can say they do not deserve this. After fifteen different managers and five different owners – the phoenix has risen from the ashes!