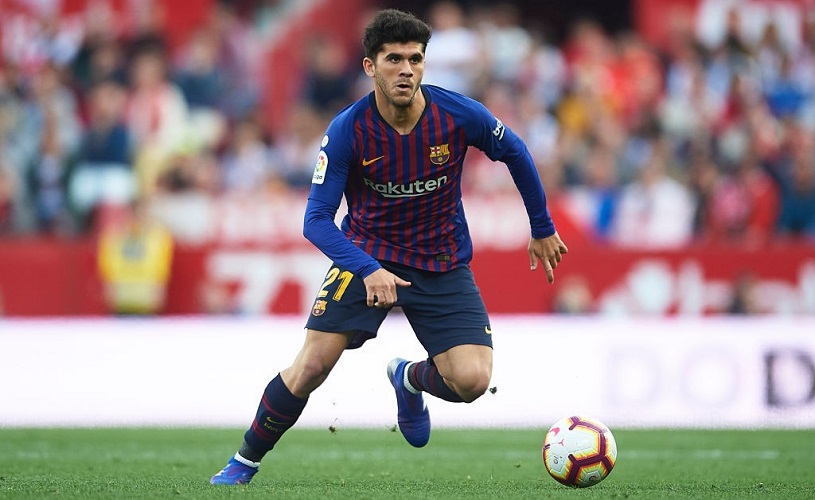 “The player who has passed through La Masia has something different to the rest, it’s a plus that only comes from having competed in a Barcelona shirt from the time you were a child.” — Former Barcelona coach Pep Guardiola

It was not long ago that Tito Vilanova fielded a Barça first team side that consisted solely of players who had come through the club’s youth system. During the Blaugranas’ golden era, La Masia was held up as the gold standard in talent development and scouting. Fans all over the world marveled when Pep Guardiola won the Champions League in 2011 with seven homegrown products in his starting line-up. Rather than a product of luck and hazard, Barcelona’s national and international success was directly related to the growth of their famed academy. It was the result of a unique cocktail of traditional values, a well-defined philosophy, patient nurturing and pedagogical know-how that bore its fruit in one of the most balanced sides ever in terms of values, performance and results.

Currently, though, the reality is quite different. Between 2013 and 2019, the only graduates that have been promoted from the reserve side and still retain their spot in the senior squad are Sergi Roberto and Carles Aleñá. Moreover, many of the products from the Catalan factory have been leaving the club in recent years, and the policy at La Masia no longer is what it once was. ‘Where did it all go wrong?’, most culés must be asking themselves at present. For an institution as linked with perfectionism as La Masia, the past 6 years has been nothing short of a disappointment. What are the reasons behind the apparent decline of such a distinguished academy?

Uncertainty in the face of change

There’s no denying that football is changing. In fact, has it ever stopped evolving? The tendency of this sport towards a game more influenced by physique, with higher pressing systems and more transitions, has led the Barcelona directives to question whether their style should be modified in parallel too in order not to fall behind in the ongoing transformation of the footballing world. Is tiki-taka still valid, or has it come to a dead-end? With so many doubts in mind, Barcelona has been signing players with less technical and more physical profiles such as Vidal and Paulinho, and managers with more flexible ideas, both in the A team and in the academy, have been hired.

The prototype La Masia midfielder, a small figure that would stand out for his mental agility and spatial awareness, is now looked upon as a problem rather than as a blessing. Nevertheless, as Riqui Puig, one of the most gifted prospects at La Masia, said when asked on his small stature (1.69 metres) and apparent fragility, “where many people see a disadvantage, I see an advantage”. The traits that distinguished Barça from the rest are presently regarded as a negative issue in the light of football’s progress.

Pressure and fear of losing

Pep’s team between 2009 and 2012 was legendary, and when examining the available resources, a common conclusion is reached: La Masia will never produce a Puyol, Piqué, Busquets, Xavi, Iniesta again, let alone someone like Messi. There’s this fear that all future academy product will fall short of expectations as the bar is set very high. Such a high level of competitiveness reached means that there sometimes is little room for experiments if immediate results want to be obtained. In an era when not lifting the Champions League trophy is seen as a failure, and the Treble is each supporter’s demand, sacrifices need to be made if youngsters are to start in big games. Cruyff’s legacy is that the ‘how’ matters more than the ‘what’, and that results should come as a consequence of good football, not the other way round. Johan’s ideology has diluted a bit and short-term success has been prioritised over development and identity.

Lack of chances and juicy offers from European giants

Robert Navarro, Sergio Gómez, Eric García, Pablo Moreno, Jordi Mboula, Adriá Bernabé, Mateu Morey…The list of hot prospects that have left Spain for other European top clubs keeps growing. Moves from these teenagers have been very common in the past two or three years, not only for internal reasons but for external factors too. As obvious, Barça cannot, and should not, offer million-dollar contracts to these 16, 17 and 18-year-olds (and their agents), and sides that have been relying on youth lately more than Barça, such as AS Monaco or Borussia Dortmund, have made them more attractive sporting and economic proposals.

These lads are often impatient to gain attention and be given professional minutes, eager to become the new Kylian Mbappé or Jadon Sancho under the age of 20. Meanwhile, Sergi Roberto had to wait until he was 24 years old to become a starter for the Azulgranas, while many other gems are struggling to get regular playtime at their childhood club. Everyone has to make a big effort to triumph at Camp Nou.

Not only have the mentioned prospects departed in recent years; many other key figures behind the refinement of the so-called Barça DNA have left the academy through the backdoor. Joan Vilà, ex-director of methodology and a mentor whose priority was to make players and coaches understand the game, left the club a year ago. Albert Capellas, former La Masia coordinator and someone who helped many homegrown superstars flourish for years, moved to the Netherlands in 2010.

Albert Benaiges, another ex-coordinator and the discoverer of, among others, Andrés Iniesta, changed Spain for Japan in 2018. Paco Seruil·lo, a historic guide behind the Blaugranas’ model, is still in the Catalan city but his role is very much secondary now. The exit of personalities that were integral to passing on decades of knowledge from one generation to the next one is another signal that the club continues to move away from La Masia and is falling complacent with its so illustrious identity.

Barcelona’s academy sides continue to impress in tournaments such as La Liga Promises and the UEFA Youth League, although its board has chosen to take a different path in recent times regarding La Masia. While the problem may not simply be affected by one unique factor, it’s the sum of various aspects and issues which is creating so much disquiet amongst those related to one of Barça’s most valuable treasures – their academy.