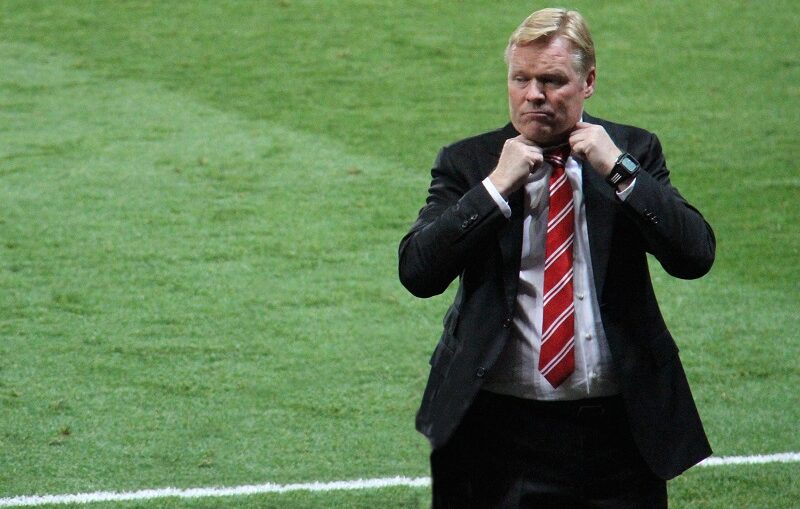 Ronald Koeman made the bold choice to leave his post as manager of Netherlands to join Barcelona, taking his place in the famous Camp Nou dugout. He was offered the position earlier in the year when the Catalan club sacked Ernesto Valverde. However, the Dutchman rebuffed their approach, forcing Barca to opt for Quique Setien.

The Spaniard failed to guide the club to the LaLiga crown, surrendering their title to Real Madrid, while further humiliation was to come in the Champions League. Bayern Munich crushed the Catalan outfit 8-2 in the quarter-finals, prompting the immediate sacking of Setien.

Koeman had a mildly successful run as head coach of Netherlands, finishing as runners-up in the Nations League while qualifying for Euro 2020. The 57-year-old has left his country in a solid position after two years in charge, with the Oranje backed at 7/1 in the international football betting odds to win Euro 2020.

Koeman picked up the team at a low ebb following their failure to qualify for the 2018 World Cup. He now faces a similar challenge at Barcelona – where he previously thrived as a player. Koeman won four LaLiga crowns and the European Cup with the club, making 264 appearances and scoring 88 goals in his six years at the club. It will be a major task to revitalise the club, battling a top-quality outfit in Real along with an ageing squad at Camp Nou.

Lionel Messi still holds the key, although, at the age of 33, even the great Argentine is no longer the irrepressible force he was during the prime years of his career. Barcelona have put too much pressure on him to remain at the peak of his powers. There has no easing of the goalscoring burden from his shoulders, despite significant outlays on Antoine Griezmann and Ousmane Dembele. Even Luis Suarez is beginning to show signs of decline. The next generation looks fairly promising, although Ansu Fati and Riqui Puig are a long way from being ready to assume control of the team.

It’s not only upfront where Barca need to replenish their line-up. The spine of their side over the last decade has been built around Gerard Pique, Sergio Busquets and Messi. Pique is 33 now and he cannot be expected to carry the defence alone. Clement Lenglet endured a nightmare performance against Bayern as did Nelson Semedo.

Busquets looked heavy-legged in the middle of the park, with the need for support around him. Arthur is heading to Juventus, while Arturo Vidal has been linked with a move away from the club and is near the end of his career anyway. Frenkie de Jong had a difficult first season following his transfer from Ajax. There have been reports linking Barca with Georginio Wijnaldum, but whether the Dutchman could be lured away from Liverpool remains to be seen.

Koeman has taken on a massive task as there are no easy solutions to the situation. Barca have missed on too many transfers over the last few years. He not only needs to nail his recruitment, but also the ability to mesh players old and new into a cohesive force on the pitch.