You are here
Home > Opinion > Klopp and the Kop: Sorting out the mess. 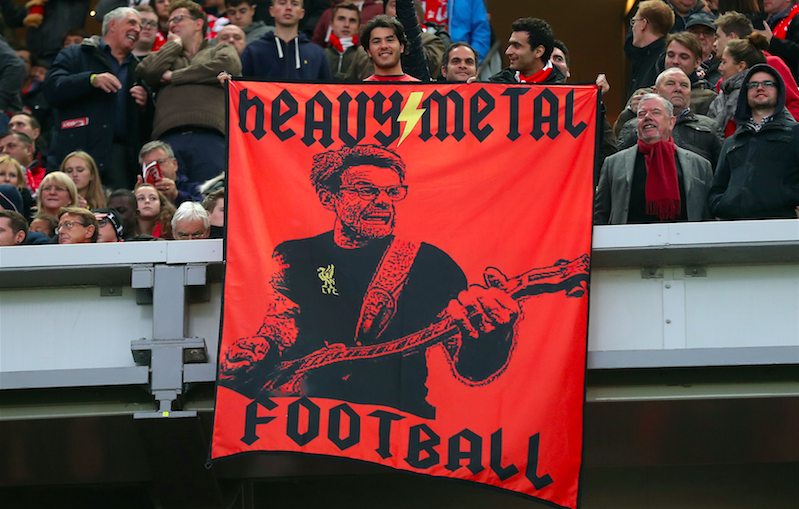 All appeared to be well at Merseyside from the moment the little Brazilian was back and amongst the goals with a win over Leicester away from home. But issues in the week in Europe and then away at St.James’ Park, have put the men from Anfield and Jurgen Klopp in a very awkward position.Anirudh breaks down what has gone wrong so far and what can be done to overturn the slump.

What went wrong in September?

Klopp’s decision to not buy a centre half in the window was rather strange to say the least. Dejan Lovren, Joel Matip and Ragnar Klavan will barely get you into the top half of the Premier League. Maya Yoshida and Jack Stephens looked more solid at Southampton. The likes of Trent Alexander Arnold and Joe Gomez at full back are positives but even they have been exposed on occasion.

Jurgen Klopp’s persistence to swap his back 4 repeatedly as opposed to a very closely knit back 4 for all the early pace setters looks absurd. He’s even been shuffling his goalkeepers around. Whilst fixture constraints would make rotation a necessity, constant changes to the back-line every week is instability that this side does not require.

However, the problems run a lot deeper than the defense. The biggest concern is going forward into midfield. With the likes of Jordan Henderson being well below par. The Liverpool captain looks a silent spectator in comparison to his counterparts from the Top-3 clubs in England. He ranks lowest or second lowest on all the statistics and to a certain extent his inconsistency has led to the overshadowing of a very tidy Emre Can. Jurgen Klopp needs to sort out his woes in the centre of midfield, because the big teams will eat this midfield alive as illustrated by Man City.

The biggest surprise perhaps from the game where they got demolished by Man City was the withdrawal of Salah. This Liverpool side, are set up for the break with the pace of Salah,Mane and Firmino. All Klopp had to do, was perhaps push Firmino out to the left or swap him for Chamberlain and let either of them along with Salah run City ragged on the break especially given Otamendi’s yellow card and Stones’ uncertainty. Liverpool however with the Ox for Salah swap practically handed the game to City by overloading the midfield with no outlet. If you get into a midfield battle against Silva, de Bruyne and Fernandinho I’m afraid there will only be one winner.

Klopp’s tactics were implemented perhaps looking ahead to the midweek fixture against Sevilla, but things didn’t go well there either.

However, if one may recollect Salah had a brilliant chance before Mane got sent off where he stroked it straight at Ederson. And that has been a feature of Liverpool this season, inadequate finishing. Mo Salah could be leading the golden boot race if he finished even half his chances. And with Coutinho’s return those chances are only going to go up. Failure to convert is going to result in more points dropped and more ground lost on the league leaders. A clinical finisher is what this side requires, perhaps a certain bench warmer Daniel Sturridge could be of assistance.

Salah takes an average of 4.6 shots a game, much more than any of his counterparts in the same position. In addition around 4 of those come from inside the box. He should be scoring more, plain and simple. Liverpool look to have turned a corner but failure to deal with such crucial issues by Klopp could lead to a serious problem at Liverpool especially with the continental and cup games coming thick and fast.

With international break on, and Manchester United a couple of weeks away, Jurgen Klopp must sit down and figure out how to cope with a Liverpool squad full of potential but lack of cohesion.

Breaking down the Manchester United fixture: What tactic Klopp could implement to stop United.

This match-up could set the tone for Liverpool this season with Spurs and big games in Europe over the next few weeks. This Liverpool side will go toe to toe with United in the final third, however they lack defensively as well as in midfield. Jurgen Klopp must set his side out to sit back and play like the away side in order to get a result against a rampant United attack.

United are a much better unit than they were last season, the ball retention as well as creativity has gone up ten fold, however the absence of Paul Pogba and Michael Carrick through injury will allow Liverpool to get at United in midfield. The biggest decision will be dropping one of Coutinho, Mane, Salah or Firmino to the bench in order for Liverpool to have a semblance of control in the middle of the park, with Wijnaldum,Can and Henderson required in midfield to mach up to Herrera,Fellaini and Matic.

Manchester United are also vulnerable at left fullback,with neither Blind nor Darmian nailing down a proper berth. If Mo Salah is on his game, there is a weakness to be exploited. Liverpool must ensure the right sided midfielder and winger helps out the Liverpool right back, because Martial or Rashford whoever plays will cause issues. A case could be made to start James Milner there to provide experience and stability.

Defensively, the running of Mkhitaryan and the hold up play of Lukaku will be tough to contain and the likes of Matip and Lovren will certainly be up against it. A change in the system could work if Klopp has enough time to train with the players with a 3 at the back, allowing a more defensive shape which is set up to break with pace. United are also a powerful force from set pieces this season with giants like Bailly, Matic , Fellaini and Lukaku all causing problems in the opposition penalty area during set pieces. Klopp will need to ensure that his team is prepared to defend corners and attacking freekicks with utmost concentration or risk being slaughtered in the air. It is highly unlikely that he will ditch his zonal marking strategy , but it would serve them well to consider man marking the giants during set pieces.

Manchester United have not particularly been threatened by pace this season, with Jamie Vardy being the only player with solid running in behind. The likes of Phil Jones and Eric Bailly will be given a solid test by the constant pace of the Liverpool front line. In essence , a combination of a strong defensive performance combined with the pace of Liverpool’s three front men will be the key to Klopp getting anything over United on 14th.

Whatever, he decides to do, Jurgen Klopp better have it sorted out before Saturday, because one can be sure a certain ‘Special One’ will have tricks of his own.

The post Klopp and the Kop: Sorting out the mess. appeared first on El Arte Del Futbol.