WHEN World Cup Golden Glove winner Thibaut Courtois went AWOL from training, hell-bent on securing a move to Real Madrid after the showpiece event in Russia this summer, the Chelsea board wanted an ideal replacement before they could sell the Belgian. With only three days to go before the transfer deadline in England, the club quickly ticked off names from their shortlist. A list which contained the likes of Premier League veteran goalkeepers Kasper Schmeichel, Jack Butland and a surprising candidate in Athletic Bilbao’s 23-year old Spanish shot-stopper Kepa Arrizabalaga. They inadvertently decided on the latter, and it’s safe to say that the gamble has paid off so far.

Born in Ondorroa, Biscay from the Basque country, Kepa Arrizabalaga was a youth phenomenon in the lower age groups of international competitions, winning the U-19 European Championship in 2012, and often garnered praise as one of the best young goalkeepers in the world. An Athletic Bilbao academy graduate, he played his first professional games on loan in the Spanish second tier, at Ponferradina and Real Valladolid in the Segunda División. He then returned to his parent club, initially as third-choice goalkeeper after Gorka Iraizoz and Iago Herrerín, but eventually made his debut under Ernesto Valverde in September 2016, in a 1-0 win against Deportivo de La Coruña.

Arrizabalaga developed his reputation of a prodigious up-and-coming goalkeeper with the help of consistent performances as Athletic’s number one. A brilliant shot-stopper despite standing at 6 feet and 2 inches, he is known for his immense distribution, composure and long passing which helps his team play out from the back: he completed 368 accurate long balls, the most of any goalkeeper in the Spanish first tier last season.

Kepa was the goalkeeper with the third most saves from shots inside the box in La Liga last season: 64 (99 in total). He also had the second highest save percentage of penalties last season, saving two of the three spot-kicks he faced (66.7%). As a result of him being consistently brilliant in goal for the Basque club, he was called up for a national team senior debut with Spain in 2017 and was eventually called up to represent his country in the World Cup in Russia, remaining as an unused substitute and a number two to David de Gea. Kepa was a promising young player indeed, but Chelsea’s decision to go after his monumental release clause was unexpected, to say the least. 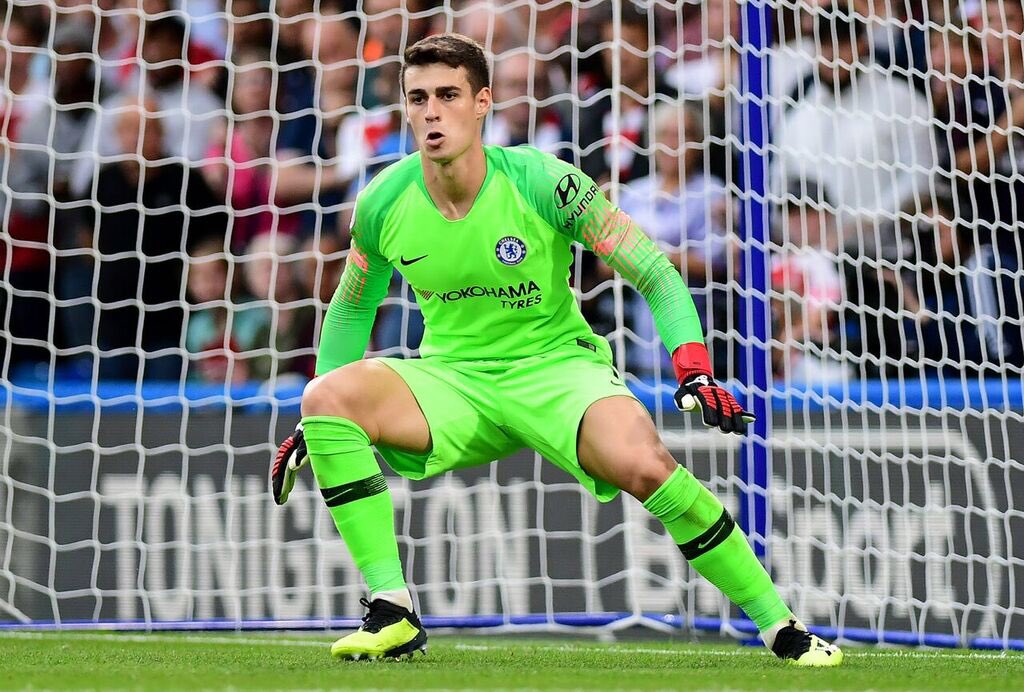 Two days before the transfer window closed in England, Athletic Bilbao announced that the release clause for their marquee goalkeeper had been triggered. Kepa Arrizabalaga had signed a seven-year contract with Chelsea and was now the most expensive goalkeeper in the world, bettering Liverpool’s fee for Alisson just weeks ago. According to former Chelsea number two Mark Schwarzer, it was “one hell of a statement to spend that sort of money on a ‘keeper”, but that only heightened the odds of media bashings at every underwhelming performance for the 24-year old.

He faced a fight against critics and media in a new country. He would have to learn a new language as well. There was the added pressure of living up to the sky-high price tag and matching the achievements of his controversial predecessor, a two-time Premier League champion.

Kepa started off with a clean sheet against Huddersfield. However, he went on to concede 2 goals against Arsenal and Newcastle at his near post. Shots that a player of his capability should have saved. The start wasn’t as smooth as expected for the Spaniard but he kicked off well and truly for the Blues against Vidi in the Europa League. On his European competition debut, he made a couple of eye-pleasing close-range saves and followed it up against Liverpool in the weekend as Chelsea drew 1-1.

“I’m getting used to my new life: a new city, new team, but it’s been positive because when things start well on the pitch, it makes everything easier,” Kepa told Spanish paper AS in September.

Ironically, Kepa’s ability was first noticed by European giants Real Madrid, when the capital club wanted to sign him as a replacement for Keylor Navas back in December last year. The turn of events persuaded the Spaniard to sign a long-term five-year contract with Athletic Club: a contract which included his gargantuan release clause of £71.6m, an all-time record fee for a goalkeeper. Any club paying that amount for a largely inexperienced goalkeeper, especially in a different league was always set to go through a period of scrutiny and speculation, but the goalkeeper’s calming presence and relationship with the centre-backs in front of him have eased matters a lot: and Chelsea have benefited.

Teammate David de Gea from the national setup has been a regular contributor too according to the 24-year old, helping him with his surroundings and simplifying the demands of the Premier League: something Kepa has taken to very smoothly ever since his arrival at the capital.

De Gea, despite his status now as one of the top three goalkeepers in the world on his day, started off as a skinny erroneous youngster from Spain, under Sir Alex Ferguson. Slightly bulkier and a lot calmer, Kepa has had 7 clean sheets in his 14 games for his new club so far and only conceded 7 times in the Premier League. He’s averaged 5.2 accurate long balls in every game and has played a very essential role in beating the opposition press, gracefully sweeping the ball to either full-back and initiating attacks. He hasn’t made a single error leading to a goal, has averaged a pass completion rate of 83% and a save percentage of 74%, impressive for any new goalkeeper in the league. 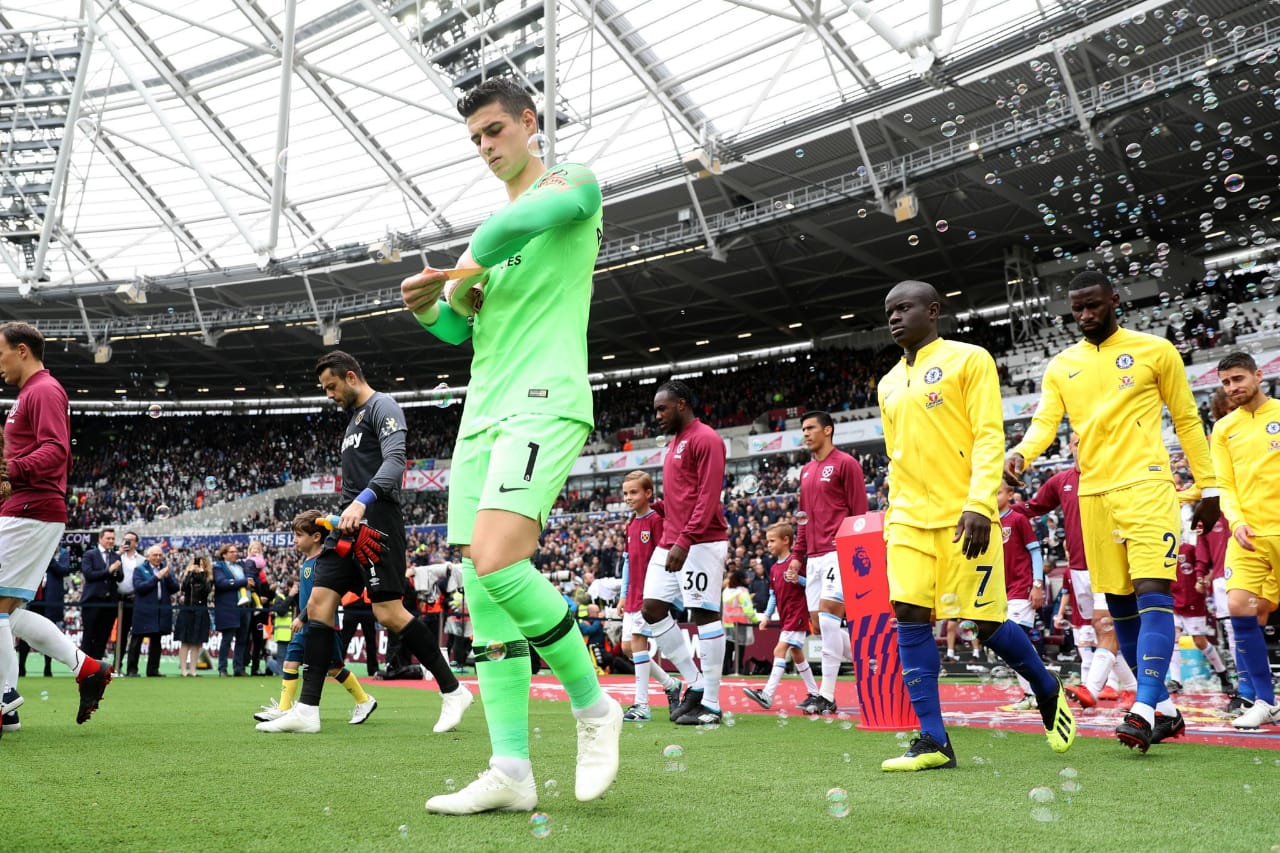 The Spaniard put up a brilliant modern goalkeeping display against Liverpool at the Bridge, a highlight being his almighty heave towards Eden Hazard to start Chelsea’s attack down the left flank: something we’ve seen all too often during Sarri’s short spell at the club so far. He’s been ever-present at the back for the club ever since, starting in all three competitions and making his impact felt. A couple of absolutely staggering saves marked his clean sheet against Southampton at St. Mary’s Stadium as the away faithful burst into a chant for their new favourite, and it was well-deserved. He’s played every minute in the league for the club and his stature as a calming presence has been on the rise in every game.

Although there is a lot of room for improvement when it comes to the Spaniard ’s ball retention and handling from corners, no one could’ve asked any more of an inexperienced goalkeeper in a league as demanding as in England. One can’t play as much as an elementary form of Sarrismo so well-known in Italy, without a modern goalkeeper to complement its own modernities, and Kepa Arrizabalaga has slotted right into this Chelsea side. They’re still unbeaten in all competitions so far and he’s been keeping a clean sheet in every alternate game. Him keeping up his brilliant form up until the end of the season would automatically mean a much better season for the club and the Stamford Bridge faithful won’t be shy to sing some more chants of praise and love for their new caretaker in goal.