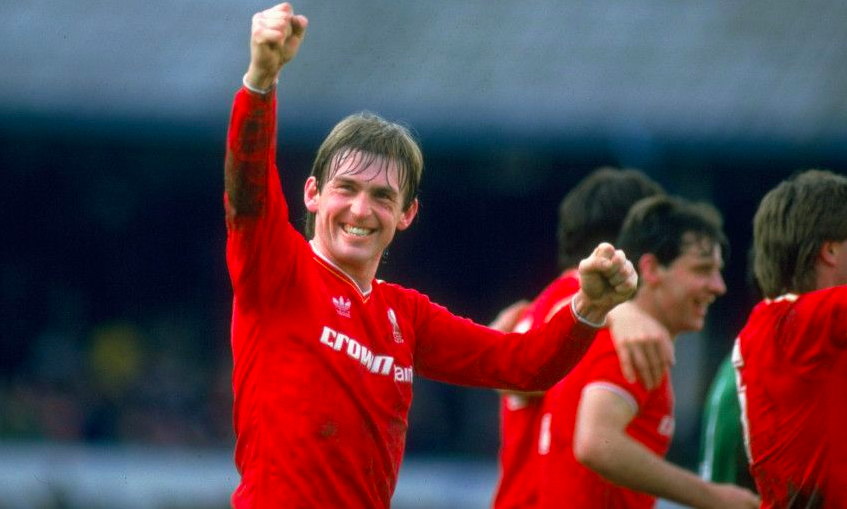 Kenny – The King of the Kop who changed Liverpool F.C. forever

Kenny Dalglish had a unique career in football, not just on the pitch but off it as well. He holds the unwanted tag of possibly being the only footballer to have personally witnessed three of the game’s biggest disasters – he was in the stands when Ibrox crumbled at the Old Firm derby, on the pitch when Hillsborough claimed the lives of 96 and in the dugout when the violence at Heysel lead to widespread death and destruction. Though Kenny’s time in football was shaped by disaster, his glittering career was anything but.

When he arrived in Liverpool in the summer of 1977 for a British record £440,000 from Celtic, the burden of expectations was already weighing heavy on Dalglish’s shoulders. This was the man singled out by Bob Paisley to replace Kevin Keegan, darling of the Kop and a key figure in an era of blinding success, the last of which came in the form of an unprecedented treble in the 1976/77 season. Up in Glasgow, Kenny came to be known as a fine goalscorer, amassing 167 goals in 320 appearances. Not that the Liverpool faithful cared. The trophies had made them arrogant, and many wrote the new number 7 off before he kicked a ball.

By the end of the season however, Anfield had a new hero. Dalglish racked up 31 goals in 62 games, the last of which was a winner against Club Brugge as the Reds defended their European Cup title. The following campaign, he tasted domestic success with the first of his six league titles.

While his early years in Red were marked by his mercurial ability in front of goal, his advancing age warranted a positional change. Having turned 30 before the 1981 season, Paisley played him as more of a number 10 meaning there was a vacancy up top. Enter Ian Rush, the original ‘Welsh wizard’. Thus formed the deadliest duo in Europe, Dalglish the less mobile, more creative presence providing the perfect foil for Rush, poacher supreme. When asked about the reason to their success, Dalglish replied, “He could run, I couldn’t”. It was that simple.

The years rolled on and the steady stream of success continued, till one night in 1985 when Dalglish’s world was turned upside down.

The 1985 European Cup final was a showpiece occasion in every sense of the word – a true heavyweight clash of the undisputed best teams that the continent had to offer. Liverpool were in the hunt for their fifth title in eight years while Juve were looking to break their duck in their third final. The Reds had the usual ensemble of superstars – Dalglish, Rush, Neal et al. Juventus for their part had the core of the 1982 World Cup winning Italian squad at their disposal, as well as the genius of Michel Platini. The Frenchman was then at the peak of his powers, having won the Ballon d’Or three years running.

But that night was never about the football. Juventus edged past Liverpool with a Platini spot-kick, but it was of little consequence. With 39 dead and over 600 injured, most of them Juventus fans, the Heysel disaster was the darkest night in both clubs’ collective histories. Unable to process the magnitude of the loss around him, Liverpool manager Joe Fagan resigned soon after full-time.

Dalglish found himself in the same position as he did the day he walked through the doors at Anfield – battling self-doubt. The club named him as player-manager to replace Fagan which, despite his reputation as a firm fan favourite, didn’t go down too well with the Kop.

Fagan was the last of the old ‘bootroom’ at Anfield, an institution set up by Shankly and carried on by Paisley. It was all about schooling players on the ‘Liverpool way’ and although Dalglish was very much a keen disciple, Fagan’s departure saw an end to it in the eyes of many. Dalglish had other plans.

It was business as usual in his first season, only a League Cup semi-final exit coming in the way of a domestic clean-sweep. With all English teams banned from Europe for five years (Liverpool for six), the Reds continued to face the ire of fans across the country, only to reply with win after emphatic win.

And then in 1989, came Hillsborough. With the wounds of Heysel not yet fully healed, Kenny found himself wrapped in the horror of yet another senseless tragedy. He was painfully helpless as he watched the crush unfold into the worst sporting disaster in British history.

In between battling false stories from the press and personally attending victims’ funerals, Kenny returned to his day job and duly delivered another League and Cup title, but nothing ever the same. His shock resignation came days after a 4-4 draw in the Merseyside derby in the 1991 FA Cup third round. It was clear at the time that the psychological toll finally got the better of him.

Off the pitch, Dalglish continued to give back to the city that gave him everything as a player. He was at the heart of the herculean effort from the Hillsborough disaster’s victims’ families as the inquest came to an end in the May of last year. 27 years in the making, justice was finally served.

Hillsborough made him suffer, but as he had done throughout his career, Dalglish fought back and won. Even all those years later he refused to play hero stating, “We only did what somebody else would have done for us.”

And now, adjacent to the Kop that once serenaded him, King Kenny has his own little slice of history at Anfield – the main stand. Looking back at his life as a Red, it’s the least he deserves.

Who Is Europe’s Next Big Striker?

The post Kenny Dalglish – The King of the Kop appeared first on El Arte Del Futbol.