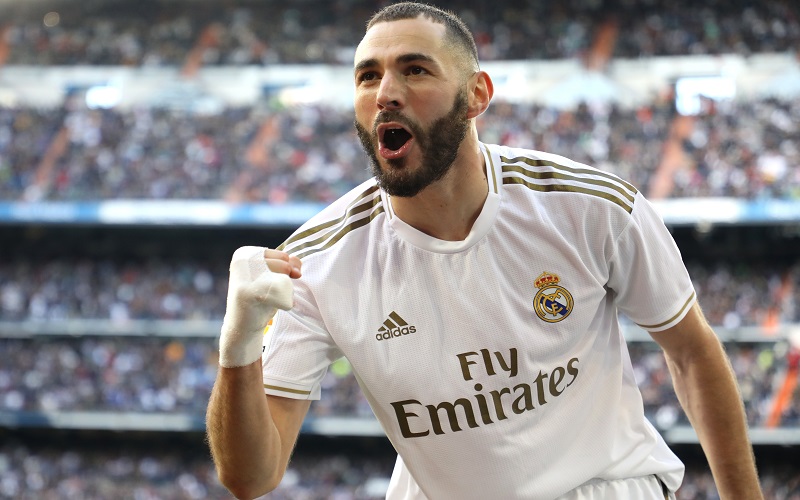 Real Madrid have done it. After two years of settling for second best in La Liga, Los Blancos have finally restored their position as Champions of Spain, following a scintillating title race with their perennial rivals Barcelona. After the loss of talisman Cristiano Ronaldo, arguably the best player in the world, Madrid have never really been the same. Their road to a record thirty-fourth La Liga title has been anything but smooth, and the rebuilding process has been hard at times, but two managers and twenty-four months later, they have finally reaped the benefits of their patience.

Zinedine Zidane has been brilliant, pulling all the strings behind this title-winning Real Madrid team. Captain Sergio Ramos has truly led by example, putting in solid defensive performances as well as contributing at the other end of the pitch. But there is one player who has been integral to Madrid’s campaign this year.

Karim Benzema has been fantastic for Los Blancos this year. The burly Frenchman has scored twenty-one goals in thirty-six appearances, almost a third of Madrid’s tally this season. In the absence of any constant partner upfront, Benzema has stepped up when his team needed him the most and consistently delivered under pressure.

The summer of 2019 was a busy one for Madrid. The arrival of superstar Eden Hazard from Chelsea and promising Luka Jovic from Frankfurt added firepower to the meek Madrid attack, while Vinicius and Rodrygo brought some much-needed youth to the ageing Madrid squad. But none of these players have been able to contribute significantly to the team. Hazard has struggled to keep injury-free, Jovic has been unable to adapt to life at Madrid and Rodrygo, and Vinicus lacked that cutthroat ability that comes with experience.

So it was up to Benzema to single-handedly bring in the goals for his team this season. The 33-year-old started the season well, scoring seven goals in the first ten appearances, including an important double against Levante in the third match of the campaign. Despite hitting a rough patch in the next phase of the league, Benzema managed to score several vital goals, including a last-minute equaliser against Real Betis in a 1-1 draw.

Benzema’s most vital contributions, however, have come after the restart. Madrid have been absolutely phenomenal after play resumed in the La Liga, and have won all of their ten matches since the break to come from behind and seize the title with a game to go. Benzema has been on fire, scoring seven goals and assisting a few as well. It only seemed befitting that he would be the one to score the goals which would seal Madrid’s thirty-fourth La Liga title against Villarreal on Thursday.

Benzema isn’t just a target man or a textbook poacher. He’s so much more than that. The Frenchman is the spearhead of the Madrid attack. He’s powerful and strong and is a much-needed disruptor for Los Blancos. When he’s not scoring, he’s contributing in the buildup, and more often than not, produces the final pass as well. He’s also technically brilliant and has scored some of the best goals of Madrid’s season, including his sublime volley against Valencia. He’s even produced one of the most outrageous assists of all time against Espanyol in a narrow 0-1 victory. He’s also a leader, on and off the pitch and a positive influence in the Madrid dressing room.

Benzema and Real Madrid have always been a match made in heaven. Despite his international struggles, Benzema has always been able to call Madrid home and has forged a special bond with the fans. The Frenchman has truly become a Madrid legend and recently surpassed Ferenc Puskas to become the fifth highest goalscorer in the club’s history.

Benzema is arguably the most clinical striker in world football at the moment, along with Robert Lewandowski. His experience and technical prowess, coupled with his physicality, makes him every defender’s nightmare and every manager’s dream. Without Benzema, this title win almost definitely would not have happened. If Madrid win the Champions League, the Frenchman would have been a strong candidate for the Ballon d’Or given the magnitude and quality of his contributions but that won’t be happening now since there will be no Ballon d’Or winner this year. For the ageing Benzema, this title win means a lot. He has loyally served the club for eleven years and has been with them throughout the last decade, but this is the first time that he has been the centre of everything going forward. This title win is extra sweet for the Frenchman; a deserved triumph for Madrid’s own Coco.