You are here
Home > Opinion > Can Allegri, Ronaldo and Co finally take Juventus over the line this time? 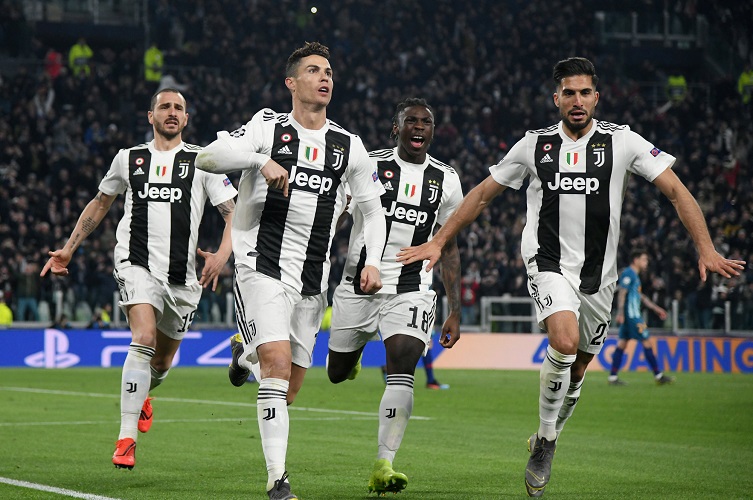 Juventus have been a European heavyweight for quite some time now. Their unmatched success in Serie A, in addition to their impressive campaigns in the Champions League in 2016 and 2018 clearly bear testament to that. With the transfer of Cristiano Ronaldo this summer, they have clearly outlined their far-sighted ambitions. Under the tutelage of Massimiliano Allegri, Juventus have gradually evolved from being a side that dominates domestically to one capable of winning the Champions League and challenging on multiple fronts. A stockpile of highly versatile and talented players along with the Champions League’s greatest ever player in Ronaldo. However, it is Allegri’s tactical guile that will enable the Bianconeri to lay their hands on the coveted trophy.

Given the rich array of talent at his disposal, Allegri is renowned for setting up his team in different structures and formations with clearly demarcated roles and responsibilities for his players. The Italian tactician usually deploys a 4-3-1-2 formation. However, he has also shown acute tactical awareness when required against specific opponents by using systems ranging from a flat 4-4-2 to an adventurous 3-4-3. Allegri’s tactical malleability makes Juve certified contenders to brush shoulders with the creme-de-la-creme of European football and come out on top.

In their standard 4-3-1-2 set up, Ronaldo and Mandzukic are partnered up top with Dybala playing behind them. The front three are given the liberty to roam freely in space and interchange positions as they see fit. Ronaldo tends to drift wide to the left or right in search of space to receive the ball in space and engage the opponent fullbacks in 1v1 situations. However, his final movements are more akin to that of a traditional striker to make sure he is at the end of all the attacking moves. Mandzukic, on the other hand, occupies a more central position by engaging the opponent central defenders most of the time, without the ball. He interchanges positions smoothly with Ronaldo and may sometimes even drift wide. Dybala is primarily responsible to carry the ball beyond the opponent press by operating in spaces between the lines.

Juventus use Miralem Pjanic as their lone pivot, shielded by two effective box to box midfielders. They attack mostly through their left side by creating overloads in the region. Juventus are very efficient in controlling the tempo of the game with and without the ball. Their full-backs are key to not only providing width but also a majority of the attacking chances they create. In particular, Joao Cancelo has looked a menace going forward. Juventus likes to use their full-backs high up the pitch when attacking. In doing so, they manage to pin back the opposition defence effectively.

Their front three position themselves narrow thereby occupying the opponent backline. This creates space for their full-backs out wide to attack. And in situations where even the full-backs are marked by any midfielder of the opponent dropping, Juventus use their box to box midfielders to make runs in the halfspaces to create havoc.

One of the most impressive things about this Juventus team is how they manage to always maintain a good defensive shape despite being on the front foot. They are adept at covering for any player who tends to foray forward, thus always maintaining their defensive structure effectively. One of their most underrated characteristics is how efficiently they can press the opposition in sets of three, high up the pitch. One of their most potent strategies when attacking is always to isolate the opponent full-backs against Ronaldo and Mandzukic who can showcase their aerial superiority against the full-backs at the far post. This is why crossing is one of their major attacking weapons. Ronaldo’s vital header against Atletico Madrid to leave Juanfran for dead is a prime example of this tactic.

While they deploy the 4-3-1-2 most of the time, it is also important to note that they are an extremely tactically flexible outfit. Allegri often reverts to a back three in games where the onus is on them to attack more. By shifting to a back three, the former Cagliari boss is able to free his full-backs even higher up the pitch than usual, thus facilitating even more threatening attacks. Against Atletico Madrid, they utilized this system to full effect. Generally, they use Emre Can or Daniele Rugani to play as the third center-back. However, there are situations where Allegri may even ask one of his full-backs to stay back when building up play to create a back three as can be seen in their game vs Inter Milan.

Allegri is very shrewd when it comes to in-game tweaks and management. The availability of players like Douglas Costa, Juan Cuadrado and Federico Bernardeschi enables Juventus to play them as wingers, either in the traditional 4-3-3 or the flat 4-4-2. Le Zebre (The Zebras) likes to build up their attacks from the back and employ a man-oriented press. Let’s not forget the sudden rise of Italian teenage sensation Moise Keane over the past two months. Keane offers a different proposition against tiring defenses. Allegri can bring him to run behind in the channels which Mandzukic never does. This attribute makes him effective especially when Juve have to defend deep and play on the counter.

As seen in their first leg tie against Atletico, they do have some considerable weakness. They often struggle in their build-up against efficiently drilled high pressing teams. This is largely due to the fact that other than Miralem Pjanic, their other midfielders are not sufficiently press resistant. They have also been culpable for often being too passive in their build-ups and attacks. As can be seen in Serie A, Juventus play in the 1st gear and rarely come out of that. Given their unmatched quality, they are able to win most games comfortably playing that way.

This is largely due to the fact that Juventus are leaps and bounds ahead of the rest of the league and they do not have to be at their utmost best to get the all-important three points. However, this partial stagnancy can be brutally exploited on big European nights as was seen at the Wanda Metropolitano.

However, Juventus tick a host of boxes that make them one of the favourites for the Champions League. Their tactical adaptability, the presence of seasoned veterans like Chiellini and Bonucci in addition to Cristiano Ronaldo make them a real force to be reckoned with.

Feature Image via The Japan Times