A day prior to the Carabao Cup – then Capital One Cup – Final against Tottenham Hotspur, Chelsea manager Jose Mourinho sat down for his presser. A Mourinho press interview is always entertaining. When asked whether he was offered the Spurs job in 2007 by Daniel Levy, he mentioned how a clause in his contract prevented him to manage any club in England for 2 years at least. Tottenham did, however, offer to pay Chelsea a fee as compensation but the Portuguese manager stepped in to decline. He then went on to say, “I would not take the job because I love Chelsea supporters too much.”

Rolling on to November 19, 2019, Tottenham sack Mauricio Pochettino as manager in what is arguably the biggest news of the year. Less than 12 hours later, the club from North London announces who else, but ‘The Special One’ to take over proceedings at the club.

The Argentine manager was well into his 5th season as coach of Spurs when things started to go wrong, especially in the league. There was a good chance though, that he might not even be in London for the 2018/19 season. He had publicly hinted in early 2018 that he “might not be the man to lead Spurs into their new stadium,” but ended up signing a 5-year contract extension in May 2018 after holding talks with the club board. The team made no new signings before the new season started, and that is when the first batch of problems came in.

It was reported that Pochettino had demanded a squad overhaul in the summer, but Levy did not allow that. And when you do not shake the team up every 3/4 years, the same batch of players start to reach their respective saturation points.  Additionally, with injuries to important players, the repetition of tactics, overuse of utility players and an obviously underperforming team, you are likely to end up with poor results. Luckily, The Lilywhites were able to end the season on a high note, finishing in the top 4, and somehow scuffling their way to the Champions League final, which they lost to Liverpool.

At the time of writing, Tottenham Hotspur sit 14th in the league, 11 adrift of the sacred top 4. This was their worst start to a season under Pochettino.

A major misconception in the football world is that things have changed for the worse for Spurs between reaching the UCL final and their situation at present, but they really haven’t. Individual performances acted as a catalyst in their journey to the final. Vertonghen against Borussia Dortmund, Son against Manchester City and then Lucas Moura against Ajax. It has honestly been a long time since Hugo Lloris and co. have been watchable. They were extremely boring and very clueless for the most part of last season which has seemed to carry over this campaign despite some good signings. Amidst the very exciting title race in England, nobody noticed Poch was literally grinding out results with his team. The axe eventually fell on him, and Mourinho is now in the hot-seat.

Some of the problems that haunted Poch at Spurs are here to stay under Mourinho’s reign. One of them is the ridiculous stubbornness of Daniel Levy to offer the coach any financial backing. This was the immediate topic of conversation the minute Jose was appointed because the Portuguese himself is known to be a prodigious spender. He’s spent a lot of money on transfers everywhere he has managed with the exception of Porto. In fact, he’s the manager with the record for most money spent on transfer fees with an accumulated total of 1.56 billion euros splashed on transfers. Everything at the club goes to point that they are in need of at least 5 players — a centre back, one full-back for each side, a backup striker, and a winger. And if we’re being completely honest, they might even require a central-midfielder, and a goalkeeper as well. Will Mourinho get all of his targets before the season ends? Definitely not. Over 3 windows? In all probability, still a no. 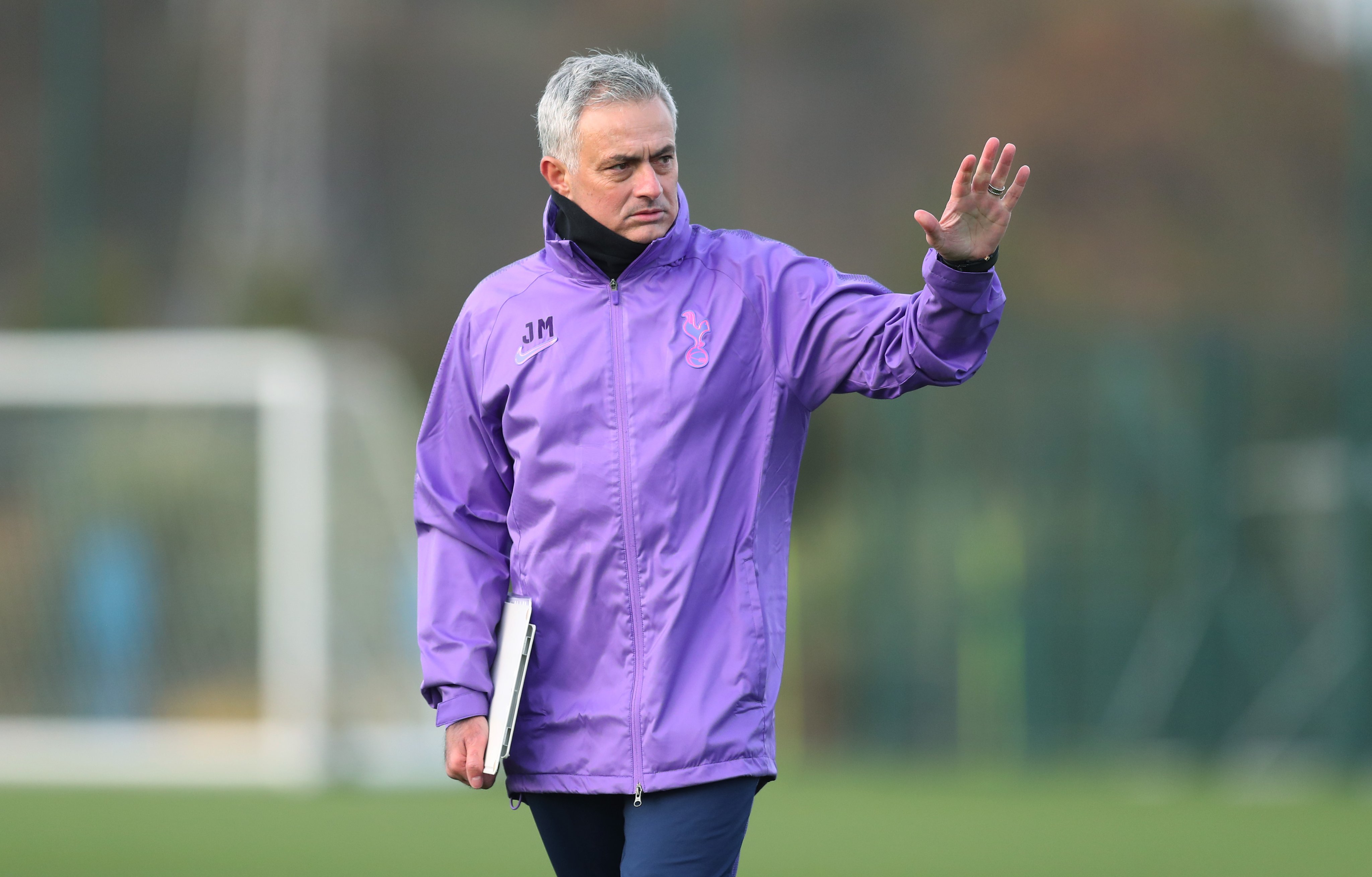 Let’s not forget that star performer like Christian Eriksen, Toby Aldeweireld and Jan Vertonghen are in the last year of their contracts and probably have some delicious offers on their table already.

Levy is a long-time admirer of the manager he just hired, chasing after him since 2007. Both of these men tend to think a lot about their decisions, and must’ve come to a mutual consensus about their conflicts. Then the question arises, if the board is ready to give a heavy budget to Mourinho, then why were they so averse to doing that with Pochettino?

This is all completely new for the Portuguese coach, who has never been assigned to a job in the middle of a season. This is a rebuilding job, and Mourinho is the kind of manager you hire when the squad is 80% complete, needs 2-3 pieces and a mastermind to drive the team home. The Tottenham Hotspur project seems like the kind of job you give to Antonio Conte, Jürgen Klopp, or well, Pochettino.

Spurs fans have gotten used to the champagne football Mauricio brought at the club, a team that pressed continuously and dominated their oppositions. That has been missing for almost a year but at their peak, he led a team that was an absolute treat to the eyes. This is all going to change under the new man-in-charge. Mourinho’s teams were, at a time, very entertaining to watch, the likes of Real Madrid in 2012, or the Chelsea of 2004-06. But if his last job is anything to go by, he has failed to evolve at a time where football has. His brand of ‘pragmatic’ football did not sit well with the majority of the fans and players at Manchester United after a point.

Giving enough time for a honeymoon period, it is still quite likely that the aforementioned problems will continue at the club. These are issues which don’t seem to be sorting themselves out even with Jose coming in. When you combine Mourinho’s ancient way of football, Levy’s obstinate attitude, and all the personnel change required, you’d find yourself thinking about how this is a mismatch of the highest order.

I don’t want to sound like the Devil’s advocate, but when Mourinho is in charge, there are solutions that will arise out of nowhere, even if they are short term.

His profile matches that of the Tottenham players just right. He has on paper – swift wingers, creative midfielders, strong defensive midfielders and fullbacks with attacking intent.

During his time off, Mourinho served as a football pundit at Sky Sports on several occasions. In the same course of time, he possibly and probably spent a lot of time studying football, analysing the teams that want him, and eventually choosing one where he thinks he can do his best. He seems to be calmer, more charming and is thinking with a clearer head. Could be vacation vibes talking for him.

He would’ve probably chosen the Bayern job, who seem to be a tad bit more settled if he thought he wouldn’t be able to work with the Spurs players.

He was also one of the pundits analysing the Champions League final between Liverpool and Spurs. Jose made it a point to single out Kane and talk about how little he did, simultaneously giving suggestions about what he could’ve done better as the focal point of the attack. Tottenham’s number 10 has not had the best start to the season, becoming the centre of criticism, when he should really be the centre of attack. He seems to be drifting to the wing every now and then and putting in crosses for players who should be serving him. Mourinho is going to have an absolute feast managing Kane. The two-time golden boot winner has the ability to do wonders within 25 yards of the goal, and Jose will be looking to simplify the attack to get the English striker firing again.

Speaking of Spurs’ attacking prowess, they also have two very pacy wingers, with a high work rate in Lucas Moura and Heung Min Son. Exactly what the doctor ordered as far has Mourinho is concerned. He also has Ryan Sessegnon at his disposal, a utility player who can play multiple positions on the flank.

Not to mention Eric Dier and Toby Aldeweireld the men who Mourinho tried signing almost every year during his United tenure. Dier has been quite absent from the team this year and towards the end of last season. If there’s someone who can bring the best out of the 25-year-old, it is Mourinho. Another midfielder who might end up getting a lot of playing time is Moussa Sissoko. At his best, the Frenchman plays like a custom FIFA player with all attributes set to 99 but controlled by a 7-year-old.

If we are being honest, Tottenham have some quite average (at best) fullbacks, with the exception of Ben Davies, who shows a touch of class every now and then. He his a very dangerous crosser, and is also a set-piece expert. With the right guidance, we might see a resurgence of the Davies we saw in 2016.

All the aforementioned names are players who were either introduced under Pochettino or saw their best time at the club under him. Which is exactly why it was in desperate need of a new workforce. This new cadre has been brought in the form of a coach. Literally any new face has the ability to flip things for this team.

What fans love about Mourinho is that he creates a ‘us vs them’ atmosphere when he starts out at a new club. History is evidence that if he gets the right support from the Tottenham devotees, he will bring immediate results. He does bring with him a bit of a grouchy attitude that is visible after a while, but even at his worst, Mourinho is one of the best tacticians on the planet. And this tactical genius is backed up by the love for winning trophies. Pochettino’s chirpy nature did work wonders on the team, but he did not look like the serial winner that his successor is.

I genuinely think Mourinho is the right man for the job, despite all his flaws. Immediate results will be visible as soon as he names his first lineup for his first game in charge against West Ham but he has a lot to prove in the long term. If I had to make an early prediction with a gun to my head, I’d bet on Spurs finishing in the top 4.

There are barely a handful who understand the game like him, and even less who can match his achievements. He might bring with him a style of football that viewers find drab, but it is next to impossible to out-think Jose Mourinho. He is a serial winner, and during his Grand Tour of the Big 6, he’s fared well in most cases. Spurs have given the rest of the Premier League a legitimate threat with this appointment, because The Special One is back, and there’s a storm coming.