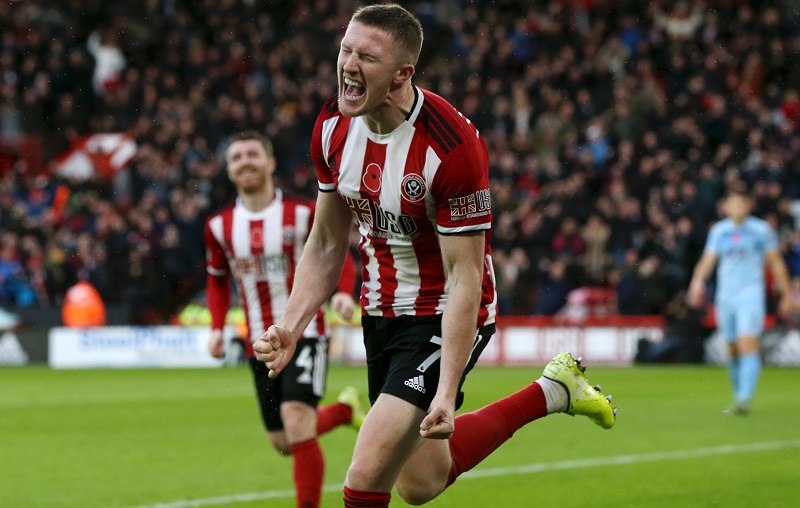 If you are in England, have gone to a game and are watching a team in the Premier League with a staunch defence and clinical attack, operating on a shoestring budget and actively engaging with the fans honouring their family-like traditions, chances are you are watching Sheffield United. They are a well-oiled machine sitting pretty at the precipice of European places, 29 gameweeks into the suspended season. The turnaround in the fortunes of this club has been nothing short of mind-boggling. From a 40 year low to being promoted back to the top division, they have built a model many smaller teams have actively tried to replicate.

The mastermind behind this meteoric rise is Chris Wilder. Under him, Sheffield United have proven to be a tough nut to crack, being impermeable in defense. It is fair to say that Sheffield United have been the find of the season. The young team from Yorkshire have proven to be a marker for all the lesser teams in the Premier League. Midfielder John Lundstram has been in the thick of it all, the most important cog in the gears of this machine. He plays a pivotal role in the middle of midfield for the Blades.

When asked to define himself, he humbly replies box-to-box, which is a gross undervaluation of himself. Although he has a muscular and stocky build, he is capable of showing nimbleness of foot; he tends to be everywhere on the football pitch, very much like a certain Frank Lampard, who probably played the box-to-box midfielder role better than anyone in the history of the Premier League.

He certainly possesses an eye for a pass everywhere he plays. His first assist of the 2019-20 season came at Everton where he capped off a brilliant performance which bolstered United into their current league position of 7. It was pretty fitting for the Liverpool-born boy to come back and show what exactly Everton were missing. Signed on a professional contract for Everton at 17, he was let go on loan for a multitude of clubs by them to wiggle his ways in the lower leagues. He was finally picked up by Oxford United 2015.

It took him a little while to get going as an ankle injury from previous club Everton and an because of an ultra-attacking set up under new coach Michael Appleton. He settled into the role of a two-man midfield, comfortably holding his own against the best sides in League Two, the fourth tier of British football. His built a steady partnership in the middle of the pitch with Liam Sercombe. He was undoubtedly instrumental for Oxford United. He ended up playing 47 games during the season and scoring three goals. He did get a red card which prevented him from appearing in the EFL final which Oxford lost. Everything said and done it proved to be a successful season as they were promoted to League One.

He was named captain at the age of 22 for the new season, which did not come as a surprise to those who closely followed him. His traits shone through this season, and although Oxford lost the EFL trophy final for the second time in a row, there was no mistaking this boy’s calibre.

His England career progressed as he grew. He has represented England at U17, U18, U19 and U20 levels, even becoming the captain of the U19 side. All these performances did not go unnoticed by other clubs, and he was snapped by Sheffield United in 2017 after a season at Blackpool that yielded 57 appearances. Sheffield had just been promoted to the Championship and there was a sense they were moving the right direction.

Lundstram is not a player who is shy of sliding into challenges and more often than not, putting in more effort than the other contender. He is tenacious. It may land him in tense spots once in a while, but it certainly is a characteristic he reveres. It’s very evident as he has the most slide tackles made per 90 minutes for the Blades. The Liverpool fan has an excellent passing range and is also a great leader. He has grown leaps and bounds under Wilder, from starting as a rare substitute player to cementing his name in most lineups Wilder puts out in the PL. The confidence he has gained from having a manager’s continuous support at a high level has provided a lot of dividends.

He is having his best seasonal output of any season, with five goals and three assists under his belt. He also scored the first brace of his career against Burnley, the same team he scored his first goal against. That goal placed him in unique company as one of the few players to score goals in 4 professional tiers of English football. He leads the Sheffield lineup in attacking contributions per ninety minutes for all midfielders. He also takes the most shots per 90 minutes and consequently, ends up with most goals per 90 minutes for midfielders in the squad.

Another factor that has contributed to the midfielder sinking into the hearts and minds of Premier League fans all over the world is FPL. Initially priced at a paltry 4.5 million, he proved to be a steal as a starter that could provide a clean sheet and a goal or an assist at regular intervals. This made him the centre point of focus during conversations about Sheffield United.

A few more steps in the same direction and there is little doubt that Europe awaits this talented Liverpudlian boy eager to show his skills. Whether that will be with Sheffield United or with a team with more financial pull, is yet to be seen.