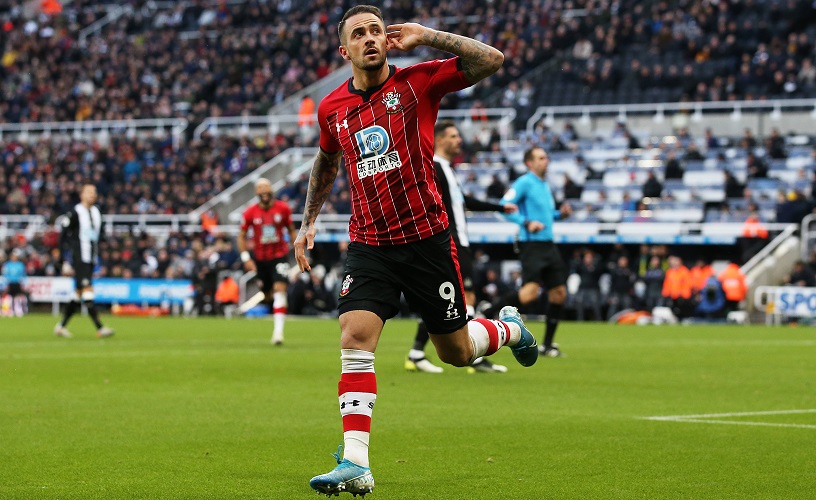 Liverpool have done it. After 30 long years, the Reds have finally won their maiden Premier League title with seven games left, outclassing the rest of the league on their way to glory. Though the title has been decided, there’s still a lot to play for in the world’s most-watched league, including European spots and a desperate scramble to stay afloat in the top flight for another season. Players will also be chasing individual accolades, and the most prestigious of which is the Golden Boot award, given to the league’s top scorer.

Jaimie Vardy heads the standings for the Golden Boot, and the trailing pack comprises superstars like Mohamed Salah, Sergio Aguero, Pierre Emerick Aubameyang, and Sadio Mane, to name a few. But it’s the man that’s third on that list who stands out. Danny Ings has quietly been having one of the best seasons of his life. The 27-year-old has been absolutely phenomenal for Southampton and has bagged a staggering 18 goals in 32 games this season.

Quick, physical and clinical, Ings has slowly become talismanic for the Saints and has established himself as a starter under Ralph Haussenhuttl. Though he’s never had a fixed strike partner during the course of this season, his form has rarely dropped and has accounted for more than 43% of his team’s goals, an astounding record for this brilliant player. But things haven’t always been smooth for the boy from Winchester.

Ings dreamt of playing for Southampton as a child but got rejected for being too small. In 2008, at age 16, he signed a youth contract with Bournemouth and made his professional debut a year after, as a substitute against Northampton Town. But shortly after, he suffered a long term abdominal injury, which hampered his chances of progressing through the ranks at the club. In 2010, he was sent on a month-long loan to Dorchester Town, where he scored four goals in nine appearances over three months. He was recalled from his loan, later that year to add depth to an injury-ravaged Cherries side, and started for the first time in December.

By April 2011, Ings regularly featured on the team sheet for Bournemouth, as they tried to claw their way up the English football hierarchy. In April, he showed a glimpse of what he was capable of, and scored thrice in four matches, including a stunning overhead kick against Tranmere Rovers. Ings’s meteoric rise was rewarded with a new contract which made him one of the highest-earning players at the club. His form attracted clubs from all over the country, including Liverpool, Newcastle and Fulham, the latter of which were in advanced talks with Ings, only to have their bid rejected. In the end, however, Ings decided to join Burnley on a four-year contract, following in the footsteps of his Bournemouth manager Eddie Howe.

Ings’s first start came seven months after joining the Clarets, in a 1-1 draw with Crystal Palace. He scored his first two goals for the club in consecutive matches and ended his campaign with his third goal; a 30-yard banger against Bristol City in the last game of the season. Things were looking up for the Englishman, and the fans were expecting him to contribute in a major way in the 2012-13 season.

Sadly, that was not to be. Ings had the first of many painful knee injuries towards the end of pre-season and was ruled out for six months. The departure of Charlie Austin, however, made Ings a firm favourite to start the majority of the 2013-14 season.

Ings made the most of this opportunity and ended this season with an impressive tally of 22 goals. For his remarkable consistency, Ings was rewarded with the Championship Player of the Year award. Burnley finished second that year and achieved promotion to the Premier League.

In 2015, Ings was bought by Liverpool for an estimated 6.5 million pounds. The Reds, who were amongst his suitors during his stint at Bournemouth finally landed the Englishman, and he made his debut against West Ham in August 2015 under Brendan Rodgers. Under Rodgers, Ings started only 3 matches and came on as a second-half substitute in another 3. The Northern Irishman favoured fellow new signing Firmino, Christian Benteke, Daniel Sturridge, and Phillipe Coutinho as attacking options over Ings, which resulted in a lack of game time for the then 23-year-old. Rodgers, however, was sacked in October and replaced by Jürgen Klopp. The charismatic German immediately established a great relationship with the players, including Ings, and the prospects of more game time was looking bright under the man from Dortmund.

But it was not to be. Ings suffered a horrific knee injury in training and was ruled out for the rest of the season. Ings came back by the start of the next season and started playing in the reserves to gain match fitness. But injury struck again, and Ings suffered another terrible knee injury in October 2016, around a year after he had his first knee injury at Liverpool. This one was worse and saw him sit out for the next nine months. Mohamed Salah, Sadio Mane and Bobby Firmino established themselves as the regular front three, and their joint goal-scoring success put Ings out of contention for a starting berth. He made a few substitute appearances and even scored a couple of goals, but he had not come to Anfield to warm the bench. He had to move on if he wanted to succeed as a footballer.

Injuries are perhaps the worst thing that could happen to a footballer. Ings’ injury troubles could have easily driven him to give up on his chances of being a first-team player and hang his boots. Ings definitely had talent, but his motivation and never say die attitude was perhaps the most important aspect of his character. Ings requested a move away from the Reds in the summer of 2018, and joined the Saints on loan until the end of the season, a move which soon became permanent at the start of the 2019-20 season for an estimated 18 million pounds. Klopp didn’t want to let Ings go, who despite his injuries, was a positive influence in the dressing room, and a true team player. The Reds were embarking on something special under Klopp, but Ings missed the bus due to his injury-prone knees. It just wasn’t meant to be.

His career at Southampton initially started slow, but soon picked up the pace. Ings made 24 appearances for the Saints in the 2018-19 season, and even scored seven goals, a respectable total for his first year at the club. But the best was yet to come.

Don’t let their current form mislead you. 2019-20 started terribly for Southampton. Ralph Haussenhuttl was yet to find his feet in the Premier League and the saints found themselves hovering in and around the relegation zone till the 17th round of fixtures. Perhaps the most embarrassing defeat in the history of the club came against Leicester City at home on 25th October. The Saints lost 0-9, the biggest home defeat in the history of the Premier League. Things were looking grim for the manager and the team, and pundits were pegging them as one of the favourites to go down. Ings’s goal-scoring form, however, was absolutely brilliant and he bagged nine goals in the first seventeen games, an impressive tally for the resolute marks.

Fast forward six months and the Saints are comfortable in fourteenth place and don’t have to worry about relegation. Ings has bettered his record in the first half of the season and bagged another nine goals in the last 15 matches. Ralph Hausenhuttl has steadied his sinking ship and has set course for another season of Premier League football. Ings will be eager to continue his goal-scoring streak in the next season and will be hoping to receive a call-up to the England squad for the 2021 Euros. The Englishman has been through hell, but his story is one of determination, perseverance and sheer grit. It takes guts to overcome repeated injuries and still find success at the highest level, but Ings has done just that. The boy from Winchester, who was once ‘too short to play football’ has now evolved into one of the finest strikers in the country. Danny Ings is on the brink of something special, and there’s no stopping him.