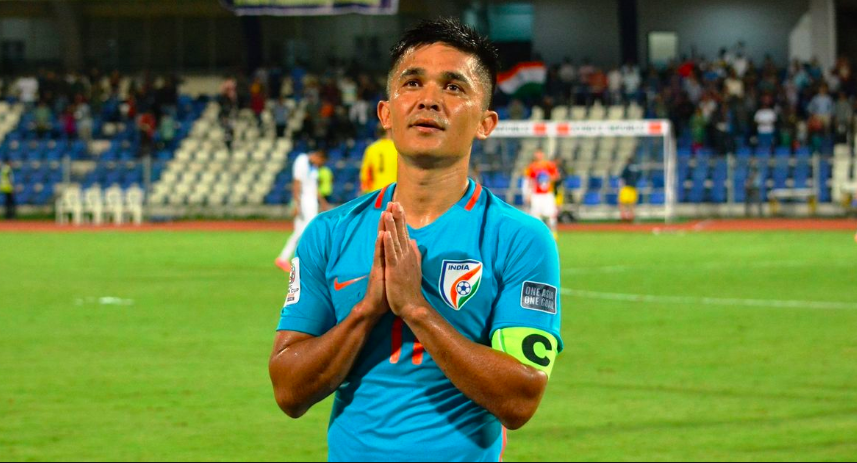 Sunil Chhetri’s heartfelt plea to fans hasn’t gone to deaf ears, well at least for now. “The Indian football team captain’s appeal seems to have done the trick with NDTV sources saying that the Intercontinental Cup match between India and Kenya at the Mumbai Football Arena on Monday has been sold out. “

Chhetri, will be making his 100th international appearance for India against Kenya. He had earlier posted an emotional video on Twitter, pleading with fans to “abuse us, criticise us but please come to watch the Indian national team play.”

This is nothing but a small plea from me to you. Take out a little time and give me a listen. pic.twitter.com/fcOA3qPH8i

Chhetri’s video had quickly gone viral with Indian cricket stars like Sachin Tendulkar and Virat Kohli endorsing the football captain’s message.
Chhetri’s comments after he scored a hat-trick that helped India thrash Chinese Taipei  However, reports in the India media suggested a horrible turnout for the match with the official figures saying that 2,569 fans were present at the stadium to watch India’s win.

Chetri’s hat-trick helped him become the third highest goalscorer on the list of highest active goal-scorers in International football.

His goals helped him overtake Clint Dempsey and drew level with Spanish star David Villa. Only Portugal’s Cristiano Ronaldo and Argentine genius Lionel Messi are head of the Indian striker.

It has been a remarkable few seasons for Indian football as they have seen an upturn in their fortunes that has seen them improve to 97 on the FIFA rankings.

After the match against Kenya , India face New Zealand on June 7, also in Mumbai. The Intercontinental Cup is a preparation tournament for the 2019 Asia Cup in the United Arab Emirates (UAE).

India have been drawn in Group A with hosts UAE, Thailand and Bahrain.