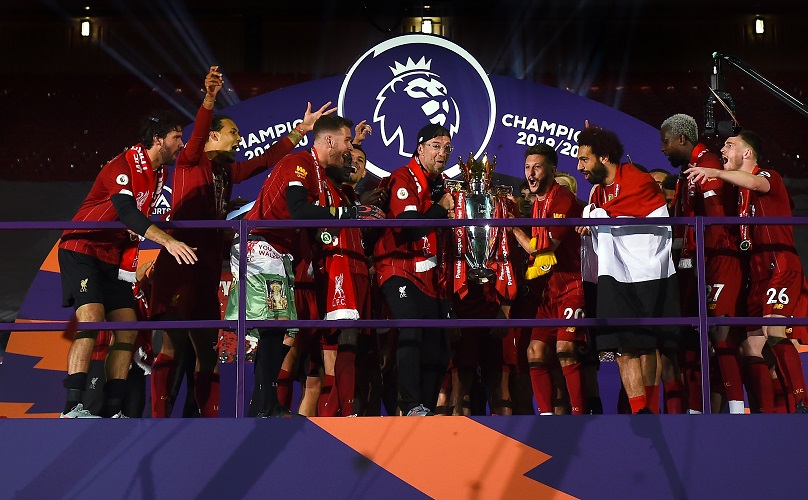 Over the past decade, Liverpool FC’s systematic resurgence from lurking in mid-table mediocrity to being Premier League Champions has been commendable. Having witnessed years of ebbs and flows, the euphoria surrounding the Scousers after clinching their first Premier League title is warrantable. The credit for the remodelling of the Merseyside club should go to Michael Edwards, the club’s Sporting Director and Ian Graham, the Director of Research, the latter being responsible for Liverpool’s most significant managerial signing in the Premier League era — Jürgen Klopp.

In 2010, a Boston-based American sports company, Fenway Sports Group, formerly known as New England Sports Ventures took over the club for a fee in the neighbourhood of £300 million. Liverpool were in the midst of an economic crisis, and FSG jumped at the opportunity to help them return to the cusp of glory. FSG, also the parent company of Major League Baseball side Boston Red Sox, captured the world’s attention with their triumph in the World Series back in 2004 – ending the Red Sox’s 86-year drought. They engineered this victory with the help of “Moneyball” – a concept made famous by Oakland Athletics’ then-general manager, Billy Beane.

Beane, the primary subject of Michael Lewis’ 2003 book “Moneyball: The Art of Winning an Unfair Game”, developed a “sabermetric” approach to recruiting players. The idea behind the arcane concept was to amplify the performance of the team while maintaining a low budget. He executed this by featuring a squad full of players neglected by other teams but, having said that, possessed the statistics to be more propitious than the others. The Oakland Athletics set a then-American League record of 20 consecutive wins that season, which was later surpassed by the Cleveland Indians in 2017. This feat enthralled the sporting world, and other sports have since been galvanized to espouse this strategy to scout under-valued players, particularly football.

FSG, inspired by this programme, hired their own Billy Beane-type personality in the form of Damien Comolli. Comolli, then-Director of Football for Liverpool, had formerly worked at Tottenham and was the man behind Gareth Bale’s move to the North London club back in 2007. “Today’s announcement is just the first step in creating a leadership group and structure designed to develop, enhance and implement our long-term philosophy of scouting, recruitment, player development and all of the other aspects necessary to build and sustain a club able to consistently compete at the highest level in European football.” FSG said in a statement.

Comolli’s first transfer window at the club was intriguing as Liverpool saw their superstar, Fernando Torres, move to Chelsea for around £50 million. In a bid to find his successor, the Frenchman signed Luis Suárez and Andy Carroll, the latter for £35 million – which was the highest for a British player at that time.

According to statistics, Carroll scored a lion’s share of his goals from crosses into the 18-yard box, and Liverpool decided to employ players who could deliver that service. They signed Charlie Adams – who was known to be precise in his delivery in a dead-ball situation, Stewart Downing – one of the most frequent crossers of the ball in the Premier League and Jordan Henderson – who had created a copious amount of chances for Sunderland. However, things didn’t go as planned for Liverpool with Carroll scoring a mere six goals in the Premier League in his two years with the Reds. Comolli was eventually relieved of his duties in 2012, the reason being the club’s blunder in the market. Despite their misfortune, Liverpool could thank the Frenchman as it was he who brought in Michael Edwards, their future Sporting Director.

With Liverpool’s staunch supporters now reproaching their concept of “Moneyball”, FSG decided to stay the course and hired Brendan Rodgers as the manager in 2012. He brought in two of his former players, Joe Allen and Fabio Borini from Swansea, and also signed Daniel Sturridge and Phillipe Coutinho in the following January transfer window. Initially, FSG were bewitched by Rodgers’ intelligence and awareness of the game. The Reds had an exceptional season under Brendan Rodgers in 2013/14, finishing in second place just two points behind Manchester City. Suárez and Sturridge formed a formidable pair, netting 31 goals and 21 goals respectively.

When it came to transfers, Rodgers’ antipathy towards the new data-oriented approach did not sit well with FSG. After Suárez’s departure to the Catalan giants, the Reds replaced the Uruguayan with a 32-year-old Rickie Lambert and the notorious Mario Balotelli. Unsurprisingly, Liverpool finished sixth scoring only 52 goals that season. With Steven Gerard’s retirement and the Northern Irishman’s muddled utilization of Roberto Firmino, Liverpool started to struggle on the pitch, winning only 4 of their 11 matches in all competitions at the beginning of the 2015/16 season. This led to the sacking of Rodgers, and the Reds were in search of a new manager.

After a rigorous investigative process led by Ian Graham (Director of Research) and his team of analysts, Jürgen Klopp was appointed as the new manager of Liverpool in 2015. After Klopp’s designation, Michael Edwards was promoted as the Sporting Director, a role which saw him take care of player discovery, procurement, sales and retention. Having worked under Michael Zorc at Dortmund, Klopp was familiar with the role of a Sporting Director and was unequivocally the quintessential manager – in terms of playing an attack-minded game while working in an atmosphere where the power of recruitment is disseminated and not hegemonized. “It’s no secret I like the concept of a sporting director and having worked under this model previously, I have found it to be nothing but positive and forward-thinking” Klopp stated.

Using the database fabricated by Graham, a doctor in theoretical physics and a lifelong Liverpool fan, Klopp and his transfer committee began cataloguing players who not only had world-class potential but also had the ability to make an immediate impact. This approach led to the acquisition of Andy Robertson, Giorgio Wijnaldum, Fabinho, Sadio Mané and Mo Salah – players who had promising statistics according to the data and who had not yet reached their ceiling. After selling Coutinho to Barcelona for a king’s ransom, Liverpool made two more marvellous purchases in the form of Virgil van Dijk and Alisson Becker. Despite being rated as extravagant transfers at the time, both van Dijk and Becker haven proven to be of great value to this Liverpool side.

Archive | Boom! – How Jürgen Klopp Revolutionised What We Think Of Football |

In 2018, a corner was taken quickly at Anfield and Liverpool completed a historic 4-0 comeback against Barcelona in the second leg of the semi-final tie. They won the Champions League by beating Tottenham in an all-English final. This victory was a sign of things to come and was followed by triumphs in the UEFA Super Cup and the Club World Cup. The Reds ran riot in the Premier League this season, ending their 30-year title drought by winning 32 of their 38 games.

FSG is no stranger to breaking jinxes, having brilliantly executed their “Moneyball” strategy with the Boston Red Sox and now with Liverpool FC. With the signing of Tsimikas and the possible purchase of Thiago coupled with Naby Keita to yet hit his peak, it is safe to say that Liverpool’s dominance looks far from ephemeral.