You are here
Home > Originals > How do Liverpool retain their title? 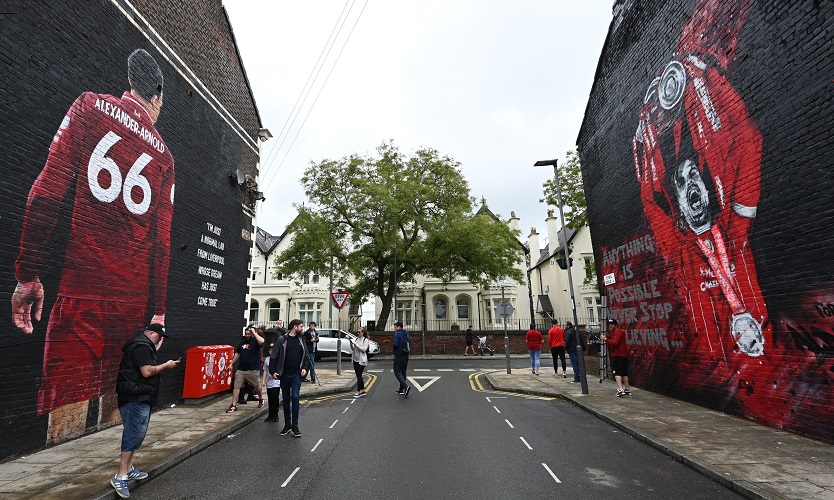 30 years. It was a long, drawn-out and agonizing wait of 30 years for the league title to return to Anfield. The 2019/20 season will always be remembered for the extraordinary times that changed life as we know it, as it will be for Liverpool FC claiming their maiden Premier League crown. After coming so desperately close last season, Jurgen Klopp has finally delivered this time around with a trophy which is special like none other.

Any competition the rampant Reds had at the start of the season from Manchester City and co. was soon gone, as the Reds kept pulling away from their contenders with an unprecedented 26 wins in their first 27 games. Despite the long pause between March and June, Liverpool set the record for winning the league with most games to spare (7). A truly dominating season for the Merseyside giants.

It’s a trophy so special that the onus will now be on Liverpool to make sure it stays at Anfield. For the fans, it’s a place where the trophy belongs.

So how do Liverpool retain their league title? It’s a question which hasn’t been asked in a while, but one that begs an answer now.

Liverpool’s recruitment policy in recent years speaks for itself. It’s aimed at carefully strengthening positions on the pitch player-by-player. I like to think of 2018 as the year when Klopp’s Liverpool jigsaw puzzle was complete; with summer signings like Fabinho, Keita and Alisson clearly brought in to address the last remaining concerns in the first team. While narrowly missing out on the league title, Klopp won the UEFA Champions League and followed it up with the Premier League this year.

So, this year’s recruitment revolves around one question. How much do you change a well-oiled machine? Squad depth is certainly something Klopp needs to address, with no quality backup for the front three and also lacking a centre-back with the departure of Dejan Lovren. Klopp did address the issue at left-back by signing Greek international Kostas Tsimikas from Olympiacos as an understudy to the established Andy Robertson.

There are quite a few players being looked at by Liverpool right now. Midfielder Thiago Alcantara seems to have his heart set on Anfield and Liverpool are now in negotiations with Bayern for a possible switch. The Spanish international will offer a more dynamic and creative option from the midfield, something Liverpool is lacking right now. Liverpool are also looking at Brighton defender Ben White and Watford winger Ismaila Sarr.

The Reds have to make sure they address their squad depth because their closest rivals Manchester City are not holding back. Having already signed winger Ferran Torres and centre-back Nathan Ake, the Citizens are the favourites to land Lionel Messi and Napoli centre-back Kalidou Koulibaly. And as we saw in the Community Shield game against Arsenal, Liverpool could use another dimension in attack against the low block. Solid recruitment has got Liverpool where they are right now, and it will also determine how long they stay here.

We saw Klopp use the youngsters a lot since the June-restart of the Premier League. Right-back Neco Williams and midfielder Curtis Jones have impressed whenever Klopp has given them game-time. The duo are the favourites to break into the starting team more often in the upcoming season.

Rhian Brewster is another player who has caught the eye after a brilliant stint on loan at Swansea. His performances for the Swans have been followed by a couple of strong pre-season outings for the Reds, but after that unfortunate penalty-miss in the shootout against Arsenal for the Community Shield, Klopp has a decision to make about the youngster’s future.

Read More | From Kirkby To Anfield – What’s Going On At Liverpool’s Academy? | 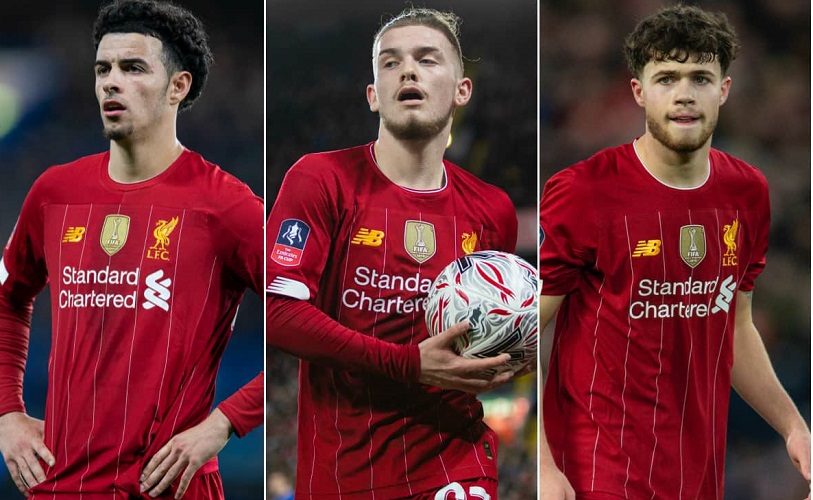 Jones comes in as a natural replacement for the outgoing Adam Lallana and Neco Williams the same for Nathaniel Clyne. The duo is hungry, determined, and ready. Despite being backups on paper, they will push the veterans all the way for a spot in the starting eleven. And they aren’t the only ones. Forward Harvey Elliot and defender Ki-Jana Hoever have improved exponentially over the course of last season.

Competition is healthy, especially when you are trying to defend a league title in one of the most competitive leagues in the world.

With the upcoming Premier League season being one of the busiest on schedule, things are bound to get intense. Rotation will be key with almost multiple games every week and teams will have to fight for every single point right from the team-selection

Jurgen Klopp has a huge task in his hand to make sure the players stay fresh throughout the season, as Liverpool compete on multiple fronts, anxious to go further in Europe than last season. Rotation has been common in the midfield now, but the defence and attack remain largely the same. Will the hard-working reds cope up with their schedule demands?

Manchester City have already replaced Sane and now have quality backups at all their forward positions. Chelsea have been bold and ambitious in the transfer market this summer.  If Liverpool are to defend this title, Klopp’s team selection has to be absolutely on point to make sure the Reds attain the maximum result while also giving adequate break between games to some of their key players.

In order for Liverpool to defend their Premier League trophy, they have to forget that they are the champions. It’s going to be difficult to achieve, but Liverpool players need to find a way to get rid of the England champions tag. Why? Because there is a risk that they won’t jump in like all great teams do and eating on that past success will lead to slippages in the present and the future.

How do they get the will to do it all over again? Are they even hungry anymore? Questions plague the fans’ mind on whether Liverpool have what it takes to retain the title.

Klopp suggested that they should fight for the title again, rather than defend it. And this is exactly the kind of mentality the entire dressing room needs to maintain in order to retain the title. Klopp recently stated that Liverpool needs to be a “results machine” yet again to defend their league title.

Liverpool need to be able to harness their champions mentality to repeat successes from last season. If there’s any person who knows how to make this happen, it’s Jurgen Klopp. It’s time for his “mentality monsters” to evolve.

Getting knocked out of the Champions League early might have been a blessing in disguise for Liverpool as the Reds were able to enjoy a 3-week break before the pre-season in Austria starting mid-August while other teams battled it out in Lisbon for UCL knockout stages.

The Reds beat Stuttgart and drew against Red Bull Salzburg in their first two pre-season matches. Up next were Arsenal in FA Community Shield, a game Liverpool had played last year as well. The English Champions were unfortunate to lose on penalties, by the same score-line as last-year. Fans were early to react and midfielder Gini Wijnaldum has been made the scapegoat for the loss with the recent reports of Thiago coming in and Wijnaldum leaving.

The front-three were misfiring yet again and that is something Klopp definitely needs to sort out. Lack of quality depth means Liverpool’s main goal threats need to be firing again.

Jurgen Klopp’s Reds begin their quest of retaining the title in eight days. Challengers are in plenty with Manchester City, Chelsea and Manchester United making a conscious effort this summer to bridge the gap. Will the Premier League trophy stay at Anfield? Will it mark the start of a new era? Or will things fall apart quickly?