To say that the year 2018 was abysmal for German football would be an understatement. Die Mannschaft, the perennial favorites to win the FIFA World Cup, were expected to put up a good defence of their 2014 title. However, things went south quick as Germany failed to qualify for the knockout stages for the first time in 80 years. The world was shocked and stunned into disbelief. The German pride was hurt; this was not the end of it.

In the newly established UEFA Nations League, Germany were drawn with France and Netherlands in Group 1. After going winless in the 4 games, the famed Germans were relegated into the League B of the Nations League. Another massive failure. Many German players were axed from the national squad, including some of the influential members of the World Cup winning squad of 2014, likes of Jerome Boateng, Mats Hummels, Mesut Ozil, and Sami Khedira.

Germany has never been shy of talent coming through the ranks, and circumstances suggested that there was a need for some young blood to replace the old guard of German football; players with more hunger, more desire, more determination, and an eager thirst to prove themselves on the big stage.

The 19-year-old has enjoyed a sensational season for Bayer Leverkusen, netting 20 across all competitions, including 17 in the Bundesliga, the most by a teenager. Despite being a central-attacking midfielder by trade, Havertz has shown tremendous versatility for his age, having played as a central midfielder, as well as a right-winger.

Though Havertz has been around the Bayer Leverkusen first team for two full seasons, it was in this season that the German elevated his game from being just a potential talent to one of the key players in Leverkusen’s setup. 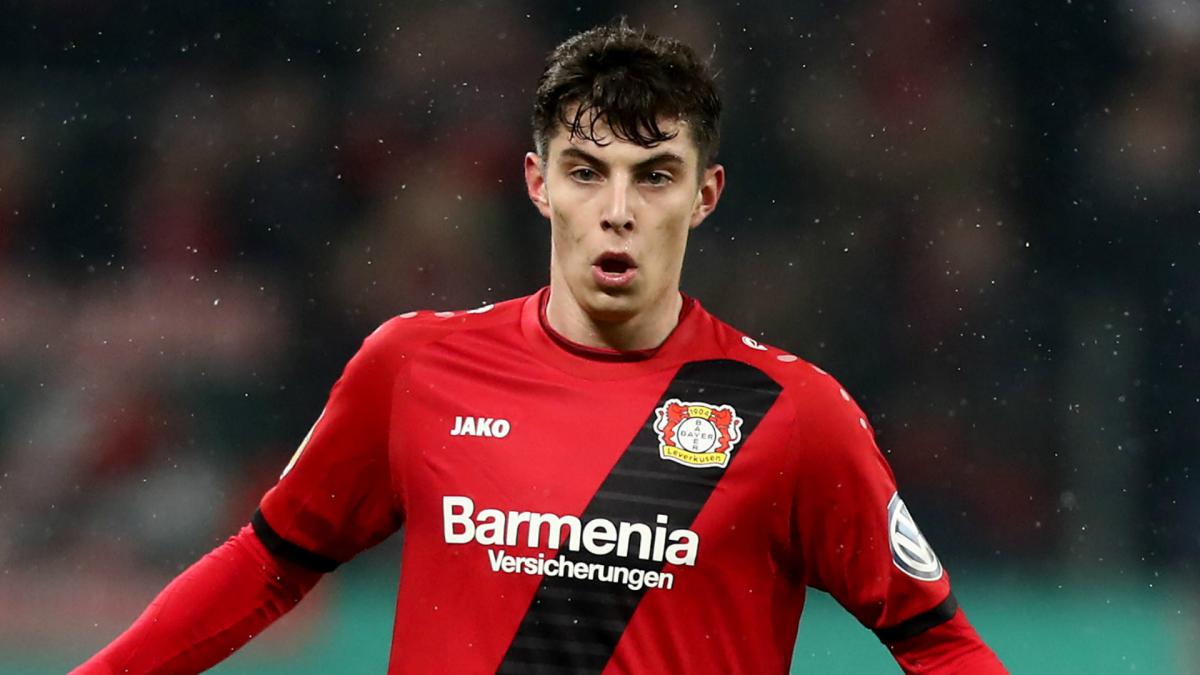 While being a significant goal threat and a regular creator, Havertz also possesses great general awareness of the game and superb passing ability. These qualities have helped him excel in multiple roles in midfield. No matter where he is deployed, Havertz loves to drop off and get the ball from either one of the centre-backs or from one of the midfielders in the pivot when he’s in an advanced role and carry the ball through the midfield, looking to spread it wide to Leverkusen’s talented wingers- Julian Brandt (Now in Dortmund)and Leon Bailey.

Despite his versatility, the young man from Aachen is an absolute treat to watch when he’s deployed as an Enganche, or in the no.10 role. He looks to provide some defence-splitting passes, creating clear-cut opportunities for the forwards to score. Both of Leverkusen’s wingers were great runners with the ball, looking to cut inside once they’re near the goal and dribble into the penalty-box. With the wingers occupied by the opposition defenders, Havertz uses the freedom to moves into the wider areas to provide an option for Brandt or Bailey if they do not want to take the defenders on. Then, with his skill to find space, the talented youngster makes use of his superb vision, great decision-making and excellent technique to go for the right option inside the box or take defenders on by himself. When you watch Havertz in action, you can scarcely believe that he is still a teenager, showcasing maturity beyond his years.

The German is an entire package, to say the least, being a goal-threat as well. As the opposition defenders are pinned down by the dribblers on Leverkusen’s flanks- Bailey and Goretzka, Havertz makes runs into space in the middle to provide a pass option for the wide playmakers. This makes the playmaker a nightmare to defend against, as the defenders struggle to push back out to close him down. His great awareness of the game means that the young midfielder is likely the first to reach half clearances and put the pressure back on the opposition. “I guess reading the game has always been one of my strengths,” Havertz himself has explained. “A certain composure on the ball and the ability to make the right choices quickly.”

If you can always be one or two steps ahead of your opponent, you can already win the game,” star winger Leon Bailey stated while speaking to bundesliga.com about his teammate. “And I think that’s just the player he is.”

“You can see why [Leverkusen sporting director] Rudi Völler has labeled him a once-in-a-century talent,” Bundesliga legend Lothar Matthäus told bundesliga.com. “He plays with passion, he’s spontaneous, he’s very quick, scores goals, his distribution’s good, he really works for the team – and all that at such a young age.”

While Havertz’s pace, dribbling, and vision can cause all sorts of problems for defenders, an underrated aspect to his game is his height. He stands at an impressive 6′ 1” and causes all sorts of problems when balls are floated in the box. Height isn’t something that you would associate with a natural playmaker, but Havertz has been gifted with that as well. This has led to the German media calling him an ‘Alleskönner’ – a player who can do everything

An astonishing 9 of Havertz’s 17 goals in the Bundesliga this season resulted in Leverkusen taking a 1-0 lead in the match, helping Die Werkself to a good start to build on throughout the campaign as they ensured that UEFA Champions League football returned to BayArena after a two-year gap. However, with the departure of Julian Brandt to Borussia Dortmund, Havertz can shoulder more responsibility in this Leverkusen team not shy of talent.

I know, it is absolutely mental to witness a 19-year-old do this; and it is scary to imagine how much he can develop, having already drawn comparisons to former Leverkusen players, Michael Ballack and Toni Kroos, both of whom shot to fame at BayArena and went on to become world-class players for Die Mannschaft. It would not be an exaggeration to say that Havertz has the potential to do the same, and I for one, am so excited to see more of him.

A move away from Rhine seems unlikely this summer for the teenager, but there has been reported interest from many clubs from the Premier League- including Tottenham Hotspurs, Arsenal and Liverpool. There is a reported £86 million price tag slapped on the midfielder and that has put off most of the potential suitors. However, as a result of this, Havertz can continue his development at Leverkusen without the added media pressure and the price tag pressure that comes along with a big move.

With three international caps already for the national team, we can see Kai Havertz being the lynchpin for Die Mannschaft in the upcoming decade. A direct replacement for Mesut Ozil, who Havertz has stated as someone he looked up to, the young superstar provides many more dimensions with his style of play. A sign of hope in tumultuous times in German football; Havertz has the promise, and few would doubt his potential to be a world-beater in the years to come.

Image 1 via AS English – Diario AS