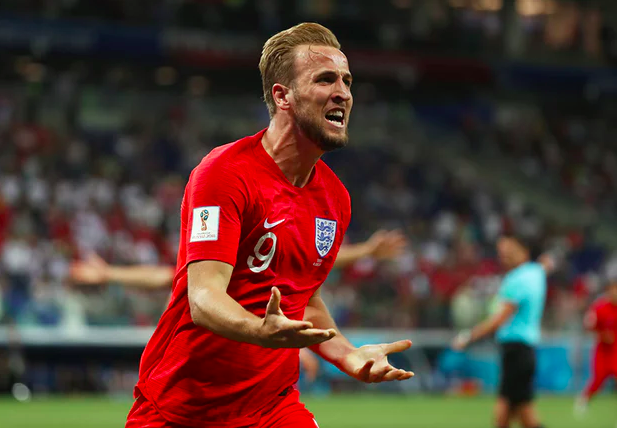 It just had to be Harry Kane for England.

The last time England played at the World Cup, Daniel Sturridge was the talk of the town. The Liverpool man had the best scoring season of his career heading into Brazil, as he was expected to be the next big superstar to lead the line for the Three Lions. At the same time, a young striker was trying to break into the starting eleven of a weary-looking Spurs side, as Harry Kane was at the brink of fulfilling his dream of playing for his boyhood side.

Four years later, the Spurs talisman was the captain of his country and the poster boy for English football heading into Russia this year. For a nation that has been beleaguered for so long, England predictably had close to no hope in this year’s World Cup, as a run to the last-eight would have been considered a pretty good return. One thing that they did have though was possibly the best number nine in world football right now.

Harry Kane’s incredible rise over the last four years has been the stuff of fairy tales, but not even the most ambitious scriptwriter could have written this magical night for ‘King Kane’ against Tunisia in England’s first match of the 2018 World Cup.

England started off on fire, as the both Lingard and Sterling missed pretty big chances for their standard. Sterling, in particular, looked the only one out of sorts in the team, as Henderson, Ali and Lingard looked lively in the final third. The breakthrough predictably came through Kane, as the English captain scored from close range to give his nation the perfect start within the opening ten minutes.

The Three Lions got chances to increase their lead but were abruptly pulled back after Walker gave away a needless penalty to the African side.VAR could not save England, as Ferjani Sassi levelled up the score heading into the halftime.

For many years, England fans have seen their side desperately trying to break open opposition defences but up to no avail. Things looked pretty much the same in the second half, as Tunisia resolutely held on and looked all set to pick up a valuable point. Gareth Southgate eventually brought on Marcus Rashford and Loftus Cheek, as the young pair brought in much needed
spark and energy to the English side.

Eventually, it came through the right-hand side, as England got a corner in injury time. Maguire rose highest to win the first ball, which was then headed home by Kane at the near post to snatch the three points for his side. The much-maligned English team jumped on their talismanic captain, as Harry Kane laid down his marker at the World Cup.

So what next for England?

A match against Panama beckons for this inexperienced English side, as Southgate’s men should be relatively stress-free for the match. Even a point against Panama could be enough to give England a berth in the last 16, as a win, would surely see them progress into the next round. From what we saw today, England need to show more creativity in the final third and also, finish off the chances that they get.

On a personal level, Harry Kane’s incredible stock has only risen after these 90 minutes, as the English captain will have the eyes of the entire world on him over the next couple of games. Already on the radar of the biggest clubs in world football, Kane could certainly increase his already huge price tag.

Rashford and Loftus Cheek could also start in England’s next match, as they certainly improved the side and could be a huge boost to the team. Either way, England fans will sleep well tonight, which is not something that they have experienced over the years!

To read other match reports from today, click here.

Sweden Open Their Campaign With 1-0 Win Over Korea

Sweden Open Their Campaign With 1-0 Win Over Korea