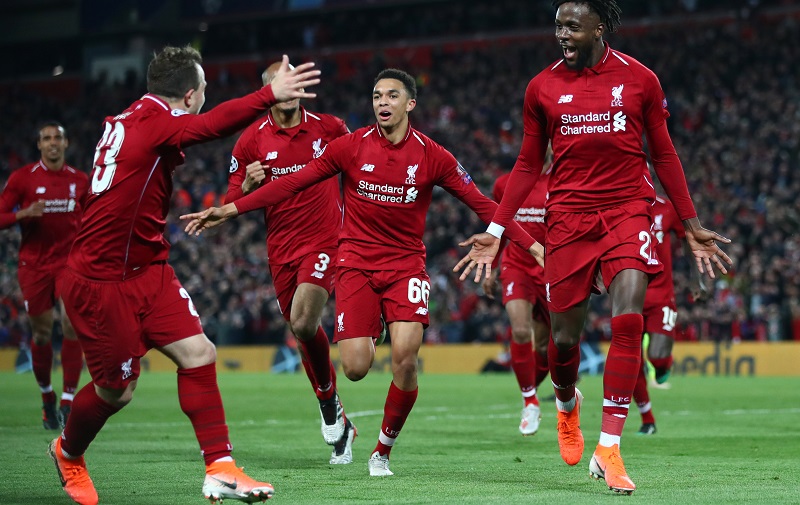 For Liverpool FC, this past decade has been nothing short of a frantic roller-coaster ride full of ups and downs. But as a fan, I can gladly say that it ended on a high note, something none of us would have even thought a few seasons ago.

The 2010s began with the sacking of the fan-favourite Rafa Benitez and the ominous appointment of Roy Hodgson. From there, it did not take long for things to get bad at Liverpool. When Fernando Torres put in a transfer request, I could not believe it. Here was a player I had synonymized with Liverpool ever since I started watching them. The thought of him playing in some other club’s kit just seemed so alien. Hodgson was sacked, but Torres also left Anfield to join Chelsea. The damage seemed irreversible, and it took well over three years to fully recover from it, culminating in an ill-fated 2013/14 season where it seemed that Liverpool would end their title-winning drought.

However, it was not meant to be, as Liverpool finished runners-up to Manchester City due to the infamous slip up in the final weeks of the season. Personally, as someone who had witnessed everything that had been happening since the turn of the decade, I was heartbroken. I cried, and then I thought about why it happened, and then I cried again.

With the departure of Luis Suarez, we were essentially back to square one, and I had to prepare myself for more seasons of disappointment. ‘Why do they do that?’, I thought. ‘Why do they always leave?’ I simply couldn’t understand. Despite football being a team sport, the highlight of Liverpool’s season that year had been Luis Suárez taking the Premier League by storm with arguably its best-ever individual campaign. We still had Daniel Sturridge, and we still had Brendan Rodgers. ‘In Rodgers we trust’ was echoing around the entire fanbase, and I was cautiously optimistic that despite the departure of unarguably our most valuable player, we could bounce back from this.

I could not have been more wrong. The transfer incomings that summer were handled by the very unpopular transfer committee led by the infamous Ian Ayre. Rodgers did not get the players that he wanted and had to settle for the names that the committee threw out, which included the likes of an ageing Ricky Lambert, an unpredictable Mario Balotelli and unproven youngsters like Lazar Marković and Alberto Moreno. Even as a teenager, I knew that nothing good would come out of this. It was a perfect example of how not to replace the pillar of your team.

Brendan Rodgers tried, he really did; changing tactics, formation, team selection throughout the season but only found limited success, not even comparable to the previous season Liverpool didn’t even look like a team challenging for the European spots in the league, and the 2013/14 season already seemed much longer than just a year ago.

It did not take long for the fanbase to turn on the manager, and soon that was followed by the club hierarchy too who had him sacked in early October of 2015 after a difficult start to the 2015/16 season. The gossip had been going on for months. ‘Who will replace Rodgers?’ and there were quite a few names like Walter Mazzarri, Frank De Boer and Carlo Ancelotti surfacing. However, when Jürgen Klopp was announced as the manager, I could not believe that Liverpool still appealed to the elite in world football. Here was a guy who had ended Bayern Munich’s monopoly in the Bundesliga and had won back-to-back league titles, while almost achieving European glory by reaching the final of the Champions League.

Read More | Boom! – How Jürgen Klopp revolutionised what we think of football |

When I first saw him in action in the press conference during his appointment, I just knew deep inside that he was the perfect person to take us out of the swamp we had been since the turn of the decade. He had earned quite a reputation for being a passionate manager while being ever so humble in his approach. I like to stress about how important it is that Klopp’s politics match the club: Liverpool is a left-wing city; Liverpool is a left-wing club. At the last election, Labour retained all of its 14 MPs on Merseyside. The city has never forgiven the Tories for former chancellor Geoffrey Howe’s strategy of “managed decline”. As Gareth Robertson, who is a part of the immensely popular The Anfield Wrap podcast puts it frankly: “Not only do we want a good football coach, we expect almost a political leader, someone who gets us, and our city, its values.”

As it happened to be, Klopp is a socialist. He has publicly stated before, “I am on the left … I believe in the welfare state. I’m not privately insured. I would never vote for a party because they promised to lower the top tax rate. If there’s something I will never do in my life it is vote for the right.” Blimey! Have Liverpool found the perfect person to represent them and their football team? Have Liverpool finally found ‘the’ man for the job? It would seem so.

To my joyous surprise, Klopp had demanded the transfer committee to be scrapped and now had full control over the transfers. He changed the way Liverpool played, bringing his famous ‘gegenpress’ philosophy across the English Channel. Liverpool games which seemed ever so boring to watch started to be excited again. Ever since Klopp took over, Liverpool’s swagger on the continental stage was back and it looked like the good times were not far away. The ever-smiling German was bringing about a revolution at the club, and even though the progress was slow, it wasn’t hard to witness it.

He always demands the maximum from the fans, as the fans demand the maximum from the players. For him, it’s a two-way street. He hugs his players as though they were his better half. Journalists like him for his press-conference banter as well as his eloquence. He visits children in hospitals. He is funny and always to the point while answering questions. He remains away from any controversy but is not shy to speak what needs to be said. He refuses to answer questions from the boycotted The Sun which specifically lied and called it “The Truth”, as the infamous headline went, publishing untruths that blamed Liverpool fans for the tragedy and scandal of Hillsborough, in which 96 fans were crushed to death in 1989 at Sheffield Wednesday’s ground. How did we manage to land this guy? Just how did we?

Failures were a part of the journey and a necessary learning curve as I like to put it. The nights in Basel and Kiev were heartbreaking for any Liverpool fan, but I promise you all of them would agree they were required; they were necessary. Success is a journey without shortcuts. For a team to be considered successful, there needs to be instilled a winning mentality in them, etched in their minds and their heart, not only in the players but also in the fans. There is no one single method to do this, but you can see it and know it instantly. Under Rodgers, I dared to dream; under Klopp, those dreams are becoming a reality.

And within three seasons of their return to the UEFA Champions League in 2017, The Reds have not looked back. They responded to losing the Champions League final in Kiev in 2018; by winning it the following season! Defeats have been few and far between, and the team is only going from strength to strength. Liverpool have been a force to reckon with recently, losing only two games in the league across almost two calendar years. Having had the misfortune of finishing runners-up in the 2018/19 season despite reaching 97 points, I did not expect them to improve even further. ‘Mentality Monsters’ as they are popularly called nowadays, have taken the entire continent by storm. Who can forget that special night in Anfield last May, when Liverpool came back from the dead to beat the Catalans by a four-goal margin to win the semi-final tie on aggregate, and eventually the final? The game embodied the city of Liverpool itself, and its fighting mentality to be accepted in the country.

The Reds are currently enjoying a 22-point lead at the top of the table this season, winning all games but two. Less like the Premier League, more like a FIFA game! Klopp has created one of the best teams ever in recent history, and the ‘how’ lies in everything he has changed since arriving at Merseyside.

While the other aspects of my life may or may not be going well, I know for a fact and take comfort in the fact that the team I support are doing incredibly well. It inspires me to replicate them and to have the same fighting mentality to get things done. “You’ll Never Walk Alone”, they say in the red part of Merseyside, and the club has walked with me throughout my life. I feel thankful, and I feel grateful to support the Reds.

I was fortunate enough to be able to fulfil my dream and visit the city of Liverpool myself last December and believe me when I say it felt like home. The city, its people, its streets, its bars, its aura, its atmosphere, Anfield itself was so welcoming; I was at a loss of words. It felt like I was at my own personal Mecca. I enjoyed the city; I breathed it in. It is something I will carry with me to my grave.

Liverpudlians take football very seriously, as was evident in my conversation with scousers. I fully understood the mantra, ‘This is Liverpool. This means more.’ because, for these people, their team is representing the whole city, its history, the injustice it has been subjected to down the years and its people; a city, which a few decades ago was on the brink due to an economic renaissance in the United Kingdom. Their team’s rise from the decline across the 2010s can be compared to the city’s rejuvenation from an economic disaster across four decades, and both of them are now standing tall in their respective worlds.

From languishing 19th in the table after a defeat to local rivals Everton in 2010 to winning their sixth European Cup, and possibly their first league in thirty years, Liverpool fans have experienced an emotional rollercoaster, but I can happily say it has been worth it. The 30-year wait for the title almost seems to be over, celebrations delayed (as I like to think of it) by the novel coronavirus. In a nod to Sir Alex Ferguson’s famous line that his greatest challenge was “knocking Liverpool right off their fucking perch”, Liverpool chief executive Peter Moore says now: “We are back on our perch.” And I pray we are back to last.