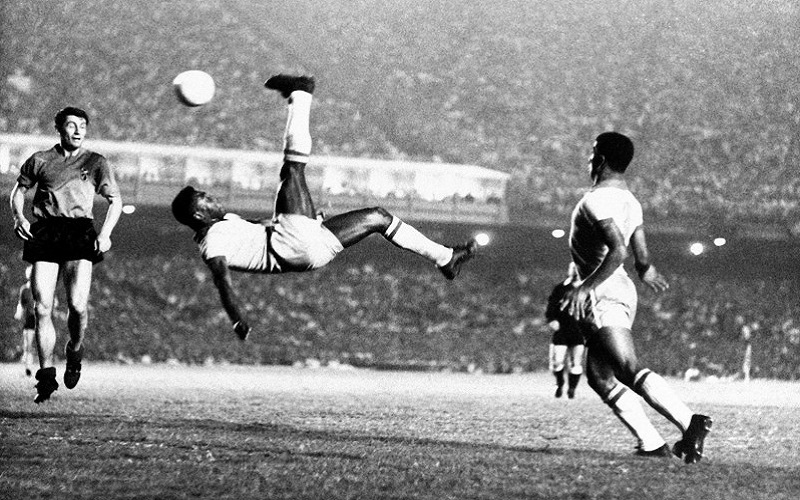 Football has been the soul of Brazil for decades. Every citizen has at least played the sport once and has felt the thrill, excitement and integrity that football brings to the table. In this article, we’ll take a quick peek into the history and the roots of the flair that we have historically associated Brazilian football with.

Brazil was introduced to football during the 19th century and ever since then, the game evolved as more people began to play and brought in a unique style of football called Ginga. The word literally means ‘Sway’, representing the moves of the players.

Ginga is a blend of Brazilian culture that seeped into the football fields. The first ingredient that influenced Ginga was a martial art called Capoeira. This martial art is an ancient technique that originated in Angola when Africans were brought into the area as slaves by the Portuguese. Capoeira includes skills such as kicking, headbutting, deception and evasion. The moves are usually aligned to drum beats and are performed during rituals. Now, it is more widespread and is also performed as a sparring game or dance. The martial art has spread out and is practised all over the world.

The second part of Ginga involves the principles of Samba dance. Samba is a solo dance that is mostly performed standing straight with leg movement that involves bending of the knees. The feet move ever so slightly and when a ball is added to the equation, the result is the equivalent of dribbling.

Combining these two strong and versatile styles of the Brazilian culture gave birth to the quick-witted, swaying and fast-flowing movements of Ginga. The style is a dominant flavour of football in the country and focuses on an attack-minded game. This style is so widely revered in Brazil that Coach Dunga, who coached the 2010 FIFA Brazil football team was fired due to his defensive football overpowering the principles of attacking football embedded in Ginga.

Some common moves of Ginga include juggling, dribbling and controlling the ball in all parts of the foot. It also uses unique passes where the ball is passed using the thighs or the back. The style is all about how one ‘sways’ the ball, with agility and grace. Ginga is embedded into the culture of Brazilians.

Despite football being played widely, any modification is still faced with a lot of opposition and some believe that discipline in technique is crucial to win the game and preserve its tradition.

When Brazil hosted the World Cup in 1950, it faced a lot of criticism due to the difference in styles with the European teams. For this very reason, coaches adopted more of the tactical and organized European methods during this time and any time a player used the Ginga style, he was made to pass the ball. The Brazilians didn’t enjoy this at all, for football was more of an art form than a sport. But the coaches believed it was the only way to survive the international tournaments.

However, after their defeat, Bela Guttman of Hungary – who was on tour with Hakoah All-Stars and Honved teams – convinced the national side to adopt a strategy and formation that would allow the Brazilian players to make use of their Ginga skill set where they required defenders who could be creative. Along with that, they also adopted some of the more organized strategies of standard football.

This strategy worked out harmoniously with the team and eventually led to them winning the World Cup in 1958.

Brazil were constantly undermined before their World Cup win in 1958, due to their unwillingness to match their playing style to the standard style of football. There was also more discouragement due to the fact that the teams playing in FIFA were predominantly white, while Brazilians were people of colour. However, they won the FIFA World Cup and after this great triumph, Brazilians were not only accepted by the Europeans but also admired. 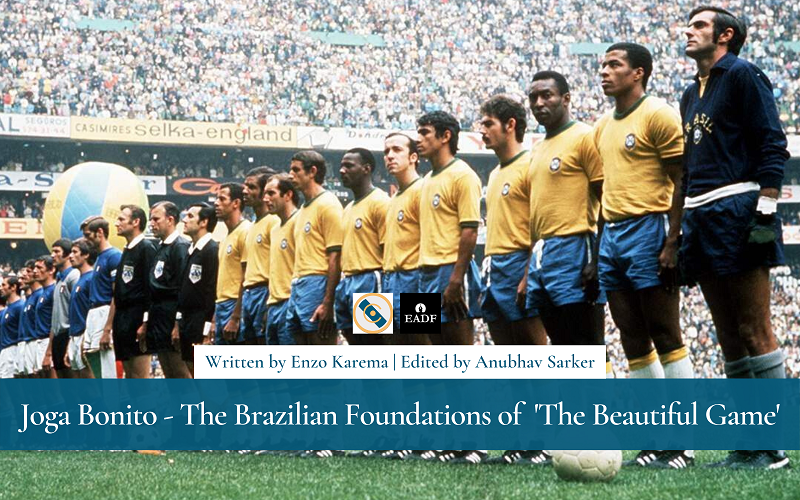 Some of the great players who have preserved and showcased Ginga in international football are Pelé and Garrincha.

Garrincha was a very creative footballer who had phenomenal dribbling skills. He is fondly remembered as one of the greatest dribblers of the game. His ball control and feints on the wing were some of the key techniques in Ginga where trickery and flowing moves were used. The Brazilians adored him and he played with a carefree attitude that allowed him to fool the opposing team in mischievous ways. Due to this, he has often been called “Joy of the People”.

On the other hand, Pelé was exceptional on the field. The style of Brazilian football had grown during his time and he learnt a mixture of Ginga along with traditional moves of European football. Pelé was also a great dribbler and, like Garrincha, he had a knack for the surprise attack. His style was a combination of speed, creativity as well as technical skill. Pelé loved the football that he learned in his hometown and has stated “We would say, ‘We want to dance. We want to Ginga. Football is not about fighting to the death. You have to play beautifully.’” Pelé always believed in playing an elegant game, regardless of victory or defeat.

Hence, it is apparent that abilities such as dribbling skills, feints, the ability to create goals and their creativity are common to most – if not all – Brazilian footballers. Other than Pelé and Garrincha, recent footballers such as Neymar, Ronaldinho, Lucas Moura, Oscar, Paulo Henrique Ganso etc. have also practised Ginga.

Football might have evolved a lot in the past few decades but Ginga still lies at the heart of Brazilian football.