Utterly disrespectful or just the way it goes? Whatever side of the Gareth Bale divide you’re on, only he will know exactly what is going on behind the scenes in his rollercoaster ride in Madrid, and only he knows what will happen next.

His Real future looks bleaker by the second, having been left out of the club’s latest pre-season fixture, before finding out that he is in no way part of Zinedine Zidane’s plans for the upcoming campaign. The 30-year-old has three years remaining on his contract with Los Blancos, but it looks like the end is near for one of the game’s most successful players in recent history.

Lesser decorated Galacticos have gone down in Madrid folklore, and despite lifting four Champions League titles, one La Liga and one Copa Del Rey, the man from Cardiff will never receive such an honour. Add to that list a Spanish Super Cup, three UEFA Super Cups and four FIFA Club World Cups, along with the fact that Real hadn’t tasted European glory for twelve years before his arrival, and you know you have a special player on your hands, one that you wouldn’t let go for all the money in the world.

Seemingly not. Bale’s extra-time winner against city rivals Atletico not only helped his club clinch the most coveted prize in club football but saw him become the first Welshman to score in a European Cup final. It wasn’t long until they lifted the trophy for the third successive time, with Los Blancos and indeed Bale coming full circle as his two goals broke Liverpool hearts in May 2018.

And now? Well, he’s been given the cold shoulder, cast aside and linked with a return to English football and former club Spurs. A move to Man United, Bayern Munich and even a switch to China has been mentioned, clubs who are cunning enough to take a gamble on a player like Bale, someone that has so much to give should he remain free from injury and be allowed to play football the way he and everybody out there knows he can. Despite his intentions to remain in the famous white jersey, surely it’s in everyone’s best interests that this won’t be the case come next month. 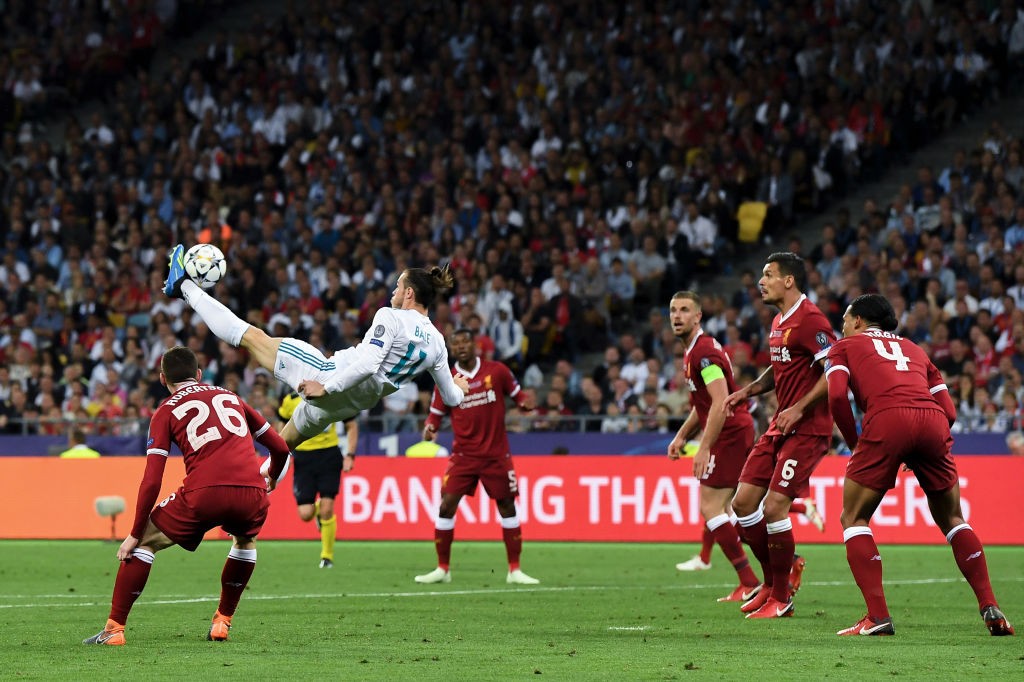 With several injury setbacks, the forward boasts a phenomenal rate of return, with his 102 goals and 65 assists in 231 Madrid games somehow overlooked. It is, however, very much out with the old and in with the new at Real, who have undoubtedly bought for the future. The likes of Rodrygo, Luka Jovic and Vinicius Junior will all drive the club to the next level in years to come, but it wouldn’t hurt to have a player of Bale’s ability to learn from day in day out. The Welshman could even be forgiven for thinking the latest ex-Premier League recruit Eden Hazard can help him become more of a club man, but it looks like the Belgian is here to replace the winger as opposed to being his companion.

31 goals in 71 Wales games furthermore cements his status as a world-class player, one which Zidane evidently just cannot seem to manage. Well on his way to becoming his country’s most-capped player, Bale has already secured the top spot in their top goalscorer tally. He has eased into a position where he finds himself among a hugely talented list of Welsh greats including Ian Rush, Ryan Giggs, and Mark Hughes, but his journey with Real has been anything but straightforward. It looks like it will be an unfortunate ending, but one that would perfectly sum up an imperfect relationship with the biggest club in the world.

The Spanish giants suffered their worst league campaign in 20 years last season, as well as falling in the last 16 of the Champions League at the hands of Ajax, and it certainly isn’t inconceivable to believe that their number 11 took the brunt of the blame, despite ending an injury-ridden campaign on the bench. The media and fans undoubtedly directed a lot of unjust treatment towards the Welsh winger, but the criticism didn’t stop there.

Many notable Madrid players also went public with their concerns, complaining that their teammate has failed to adapt to their customs and learn their language despite living there for six years. His love for golf has been well documented throughout his career, with some in the Spanish media even blaming his injury problems on his regular visits to the course. His fellow countryman Aaron Ramsey has perhaps gone about his move to foreign soil the right way, endearing himself to the media and fans alike on his first day at Juventus. Bale could certainly learn lessons from his national companion, but his struggles off the pitch shouldn’t be pitted out against his achievements on it.

| Read more | On Gareth Bale And His Love Story With Finals |

The fickle nature of football is arguably most noticeable at the Santiago Bernabeu, where the standards are set to an almost-unachievable level of perfection. One strike and you’re out, an unwritten rule that Bale has had to figure out the hard way.

The 30-year-old has found himself left hanging out to dry by a club that once had all the faith in the world in him, but perhaps there have been some warning signs that the Welshman may have missed out on. The football world won’t forget the time when Cristiano Ronaldo was once on the receiving end of a chorus of boos from the Madrid faithful before his wise switch to Turin, while the shameful circumstances of the exit of club legend Iker Casillas needs no introduction.

Bale had a lot to live up to, but he raised his game to the next level upon his world-record move to the Spanish capital in 2013. Southampton undeniably deserve huge credit for their process of slowly but surely realising his potential, developing his talents perfectly before the rising star then progressed into a world-beater at White Hart Lane.

Just like the rest of the world, Zidane will get over it quickly. The Frenchman has already shown his intentions by bringing in a wealth of stunning talent as he looks to win back his domestic and European glory this season, meaning a 30-year-old Gareth Bale will be out of the door as soon as possible. And in a time of constant rumours and speculation, it’s perhaps best to let the dust settle and see what happens come the start of the new season, but it might just be time for Bale to accept his fate and put an end to his Spanish dream turned nightmare.