You are here
Home > World Cup 2018 > Who will be the talisman for France this time around? 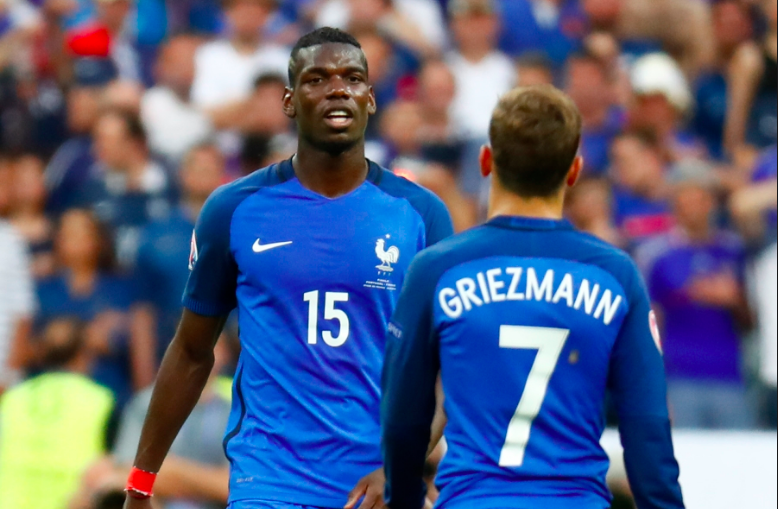 It was supposed to be France’s time, as the rampant host nation were overwhelming favourites to lift the 2016 Euros in their backyard. The team was steadily building its confidence and were gathering momentum before their high octane clash against the reigning world champions, Germany in the semi-finals. It was the final before the final for the host nation, as France had a terrible record against the Germans in major tournaments over the years, with the 2014 World Cup exit still fresh in their memory. In spite of shading their quarter-final encounter against the same opposition two years ago in Brazil, it was a solitary header from Mats Hummels which eventually knocked the French out of the World Cup.

But it was a different script in 2016, as Antoine Griezmann’s brace was enough to send France into the final against Portugal. Unfortunately for the French, they could win on the big night as Cristiano Ronaldo’s Portugal had the last laugh. Theirry Henry was clearly disappointed that night, but he famously said that this was a huge step for the French, as after a decade of infighting they finally got a squad of players who fought and played together as a real team. France will certainly be one of the favourites in Russia this month, as the strength in depth of this squad is quite ridiculous, to say the least. You must have a seriously good set of players if the likes of Martial and Lacazette do not even make it on to the plane to Russia.

Over the last couple of seasons, Mbappe has exploded on to the world scene, as the prodigious talent is already earmarked to become the best player in the world very soon. In Russia, Mbappe has a wonderful chance to further enhance his burgeoning reputation, as he could cover himself in glory by inspiring his nation.

And then there is Paul Pogba. The best young player in the 2014 edition, there is a case to be made that Pogba has not really evolved into the player that we all expected him to be. His move to Manchester United has not really become the dream move that it was heralded to become, as Pogba’s game has stagnated since he moved back to England. The midfielder came in for criticism in the Euros two years ago, as Pogba did not dominate the tournament as he was expected to do so. But he could change all that in Russia, as Pogba is poised to become the unstoppable force that we all expect him to be.

But could someone else shine for France in the World Cup? How about Nabil Fekir? The talented playmaker is one of the most wanted footballers on the planet right now and was seemingly on his way to Liverpool before the deal bizarrely got plugged at the last moment. In a team that will give him the freedom to express himself, Fekir could certainly be a star for France this year, as he could ignite their World Cup aspirations very early on.

With a wealth of talent at their disposal, France will be heavy favourites to lift the World Cup in a few weeks’ time, as the Euro 2016 finalists will look to bring back memories of their famous triumph exactly twenty years ago.