Leads are getting bigger in the mini-leagues and playing catchup is getting ever so hard. After consulting a few FPL players in our private league, we decided to approach this gameweek in a slightly different manner. With a quarter of the season almost done, it is our opinion that using the wildcard now would seem like a good option to catch some ground up on league leaders.

We have looked at some essential players to keep, the differential options and players you should stay away from. We’ve compiled an ideal 15 man team with a squad value of 100m at the end of this piece as well.

At the back, there has been a standout option in Rui Patricio who has notched up 4 clean sheets in his last 5 as well as save points in most of his games however with a moderately tough run in, one would be well advised to hold a steady alternative option. 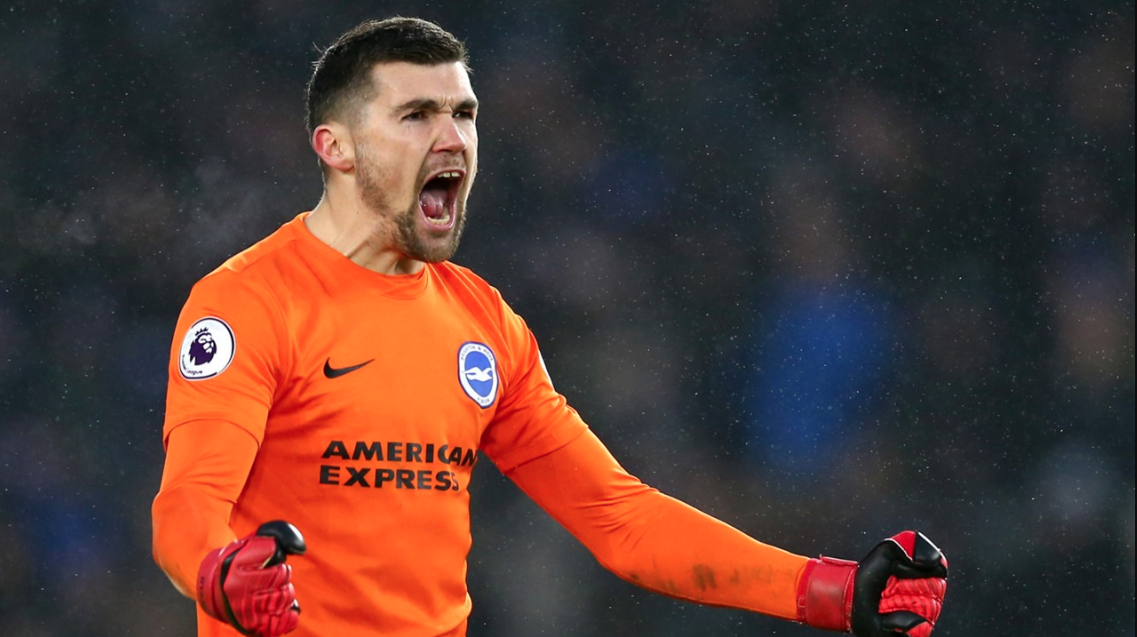 The likes of Matt Ryan and Martin Dubravka pop up immediately with some good fixtures and strong defenses in front of them. Interestingly enough with both goalkeepers being owned by less than 4% of the managers, they offer a unique differential option as well.

One to stay away from would be Wayne Hennessey of Crystal Palace. Their 5 fixtures coming up all have a rating of 3 or higher on the FDR.

In defence, an essential seems to be a Liverpool defender with fixtures to kill for. Top of the pecking order would be Trent Alexander Arnold at 5.2M. Another interesting option could be Harry Maguire who after a visit to the Emirates in GW9 has a set of delightful fixtures all the way to GW16. 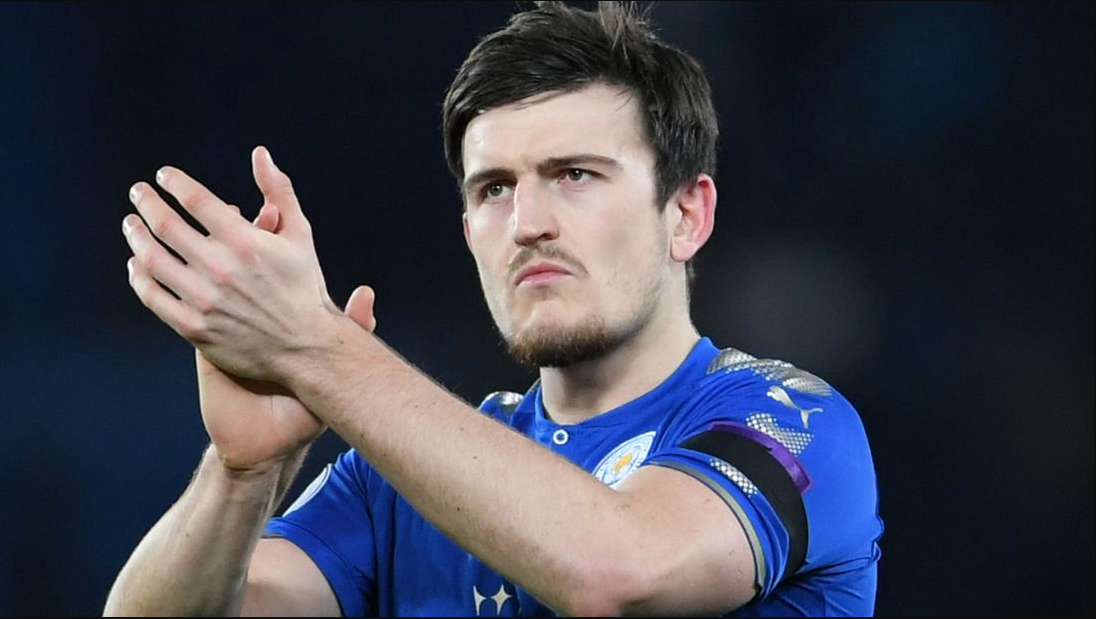 The differential options include Lewis Dunk who has an excellent run of games for the foreseeable future and is owned by less than 1.5% of managers. At 4.3M and good fixtures after the Tottenham game, Issa Diop looks to be an interesting option if Pellegrini manages to get that West Ham defense airtight. He also provides a good threat from set-plays.

Luiz at 5.5M is a good 1.4mil cheaper than Alonso. With Alonso’s threat declining, it would appear to be an interesting option to pick the Brazilian in place of him as it also frees up funds for us to get Mitrovic up top.

Defenses to stay away from could be Manchester United and Crystal Palace, with both teams having a torrid run in, and could certainly impact the ownership of the likes of Luke Shaw who is currently injured as well as Aaron wan Bissaka who has been this seasons budget buy at 4M.

In midfield without a shadow of a doubt, the two essentials are Eden Hazard and one of either Mo Salah or Sadio Mane with Chelsea and Liverpool the only 2 sides, with a particularly green patch. Mo Salah, in particular, adds interest given that he has very similar stats from last season this time, and is not owned by many of the top teams, so he could be just the option to push you up your mini-leagues. 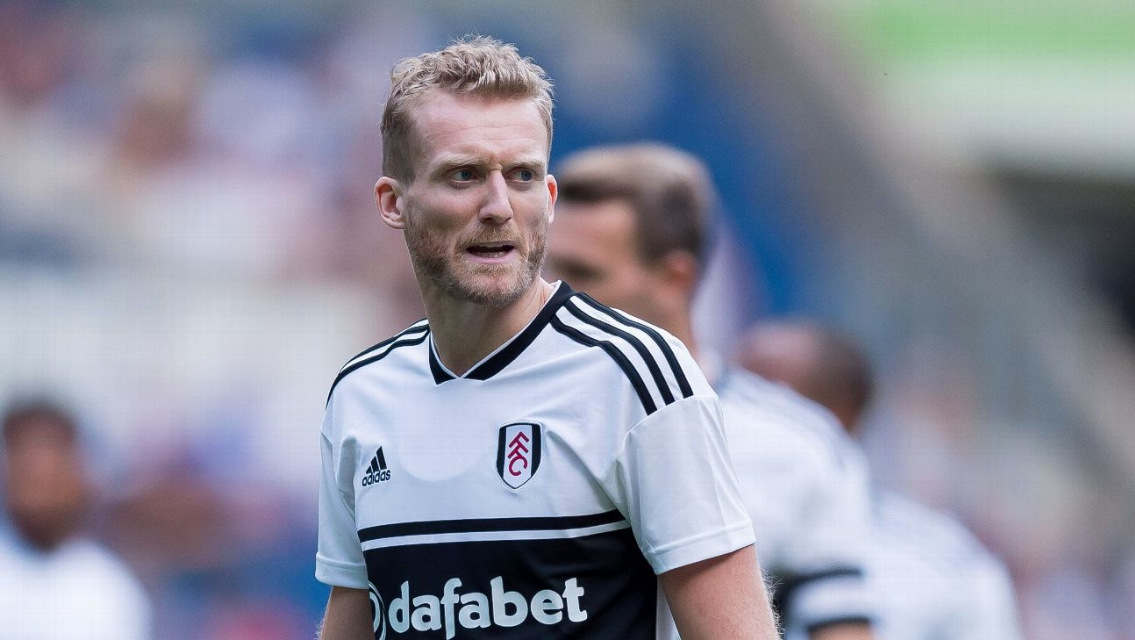 The differentials include André Schürrle who has Southampton, Cardiff, Huddersfield and Bournemouth coming up and is owned by less than 5% of managers in the game.  Knockaert is another Brighton option who starts regularly and could be involved if Brighton were to be among the goals.

One to stay away from could be Ryan Fraser who is injured and whose fixtures turn bad post GW10. Another player to stay away from would be Neves who is owned by more than 20% of managers although he has not returned an attacking return in his last 7 gameweeks and Wolves fixtures would suggest his removal. Likewise, it might be time to remove Lucas Moura from our teams with Dele Alli returning and Son and Lamela both competing for game time.

With all the big guns drawing blanks and there being suspicion over game time of some of them, the most reliable option seems to be Alexander Lacazette. Sergio Aguero is owned by more than 50% of managers across the world, implying it would be a risk to carry on without the Argentine but Lacazette would appear to be matching the returns. 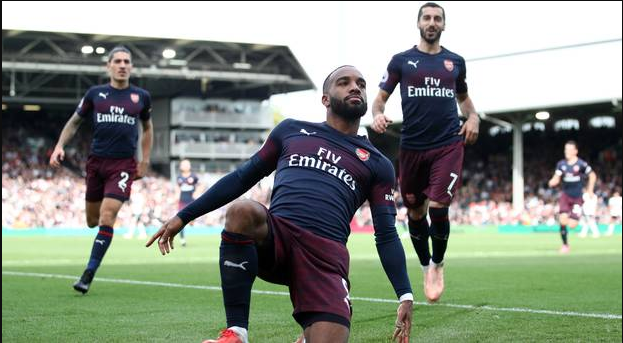 In the 7M price range both Marko Arnautovic and Aleksander Mitrovic offer consistent returns with a decent fixture list in the near future, however, the real differential option would appear to be Glenn Murray who is the highest scoring forward in the division and is owned by less than 2.5% of managers across the world

A couple of strikers to stay away from could be Romelu Lukaku and Wilfried Zaha with both having rather difficult run-ins, however, if Palace are to upset the apple cart then Zaha could be central to it, so if you have him you might want to hold on.

Finally, we’re looking at a team of 100M in value if you are playing your wildcard right now. 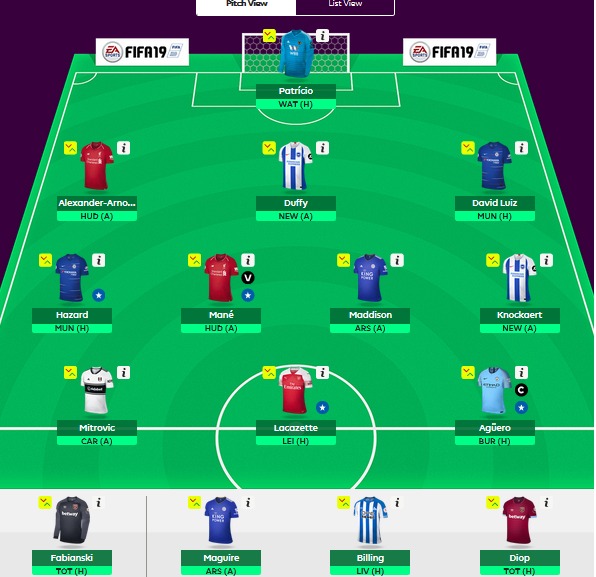