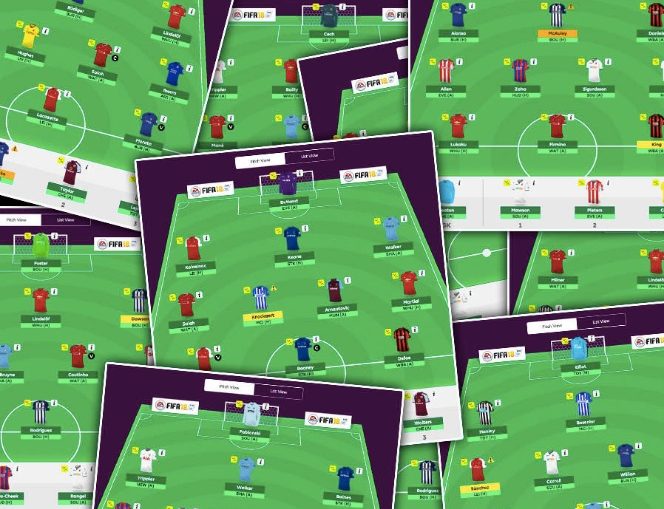 The Premier League is back, which means your favourite team is the second best thing awaiting you this season, after the Fantasy Premier League, of course.

However, with all the big guns quoting some exorbitant figures, we look at the players you can get in on the cheap to ensure you can fit your superstars in as well.

Fabianski and Begovic appear to be the two most stable options. Sadly we do not have a 4M starting goalkeeper like Rob Elliot this season, so we will have to wait to see if one does pop up.

Out of Begovic and Fabianksi, the former appears to be the better pick, purely due to much better fixtures, implying better chances of clean sheets, but Fabianski offers the chance of more save points like he did with Swansea last season when he plays the big clubs. The other thing to note is how frail Bournemouth are at the back, so clean sheets are no guarantee against even the lesser likes in the division.

In defense, one of Trent Alexander Arnold or Dejan Lovren could be very interesting choices should they nail down a starting spot at a very lucrative price of 5M. With Allison in goal, there’s a much better chance of Liverpool shutting out the opposition. Another interesting pick could be James Tomkins of Palace, a team that has got defensively better under their new manager last season. He is also always a threat on set plays and has a decent start to the season in terms of fixtures, so at 4.5M he could be one to watch.

Another pick at the start could be Luke Shaw(5M) who has a relatively easy run of fixtures and will start the first two games at Left-Back in the absence of Ashely Young and should he impress, he could nail down the spot for the foreseeable future. Once West Ham’s fixtures get better, Diop and Zabaletta could be two names to consider as well. Le Marchand from Nice at 4.5M who is now at Fulham has the potential to offer great returns, once the fixtures ease up.

Finally Laporte at a meager ownership % of  0.8% could be an excellent differential pick if he gets the nod at Centre-Half, but one would have to wait and see how Pep plays his defenders, and with the Spaniard floating the idea of a 3 at the back system, Laporte would seem nailed down on the left side of the 3 Centre-Halves.

In midfield, in the budget midfielders category, Lewis Cook could have a break out season at Bournemouth while Mendez Laing is an interesting option from Cardiff, both priced at 5M, could add decent value to the team and come off your bench to add some solid points. However, if you just want a solid sure starter, Dale Stephens would provide that option at 4.5M as would Aron Gunnarson. A slightly more risky pick could be the 4.5M rated Fulham forward Rui Fonte, who is listed as a midfielder on the game, who if he starts could provide immense value.

In the mid-priced bracket, beyond the obvious choices of Jota, Richarlison and Sessegnon there are some interesting differentials. Top of the list is Andre Schrulle, the German has had an eye for goal since his Chelsea days and could provide a very steady option as a 4th midfielder. The two other options on the table could be Guðmundsson of Burnley and Deulofeu of Watford, two midfielders with the potential to light up the league if they start well. Both have an ownership % of under 2.5% so they could be decent differentials. Interesting choices in this bracket, at a slightly higher cost, could be Lucas Moura and Erik Lamela, who could start the season in the absence of Son Heung Min and thereby be a very steady source of points supply in the early weeks.

In the highest bracket, the picks are obvious but one could save on money by investing in Ozil or Sigurðsson, two players again with ownership under 5% and the potential to set your teams apart, especially given the attacking managers they play for.

Finally, up top, the options are limited. For now, Mitrović and Reid offer the two steady options in attack. Kamara and Andone could both be cheaper options, but their place in the starting XI is by no means a certainty. Finally, Iheanacho and Tosun could both be very sneaky buys, with both expected to start regularly and have a decent set of fixtures. If you have them when they hit form, you could have a steady influx of points.

Alexander Arnold Image via The Independent

Aleksandar Mitrović image via The Mag