You are here
Home > FPL Central > FPL Scout Report 26 – Which teams to target? 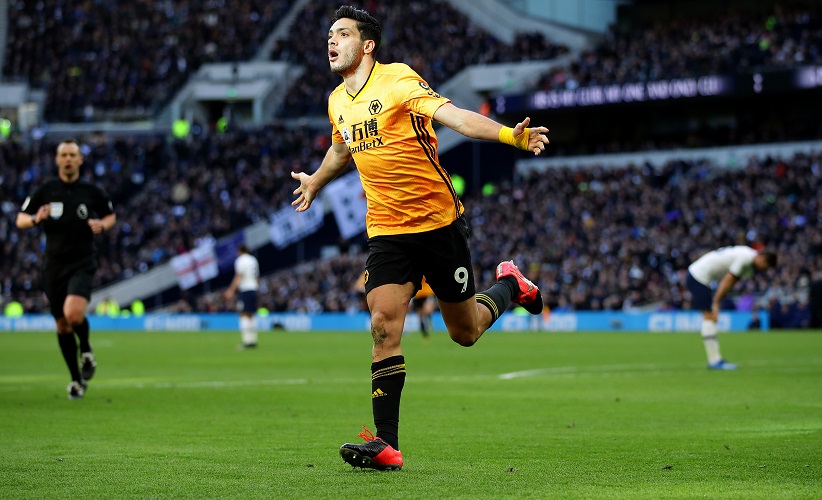 FPL is back in less than 36 hours and given that we’ve had a 3-month hiatus, form and stats essentially go out of the window. As a result, we’ve tried to compile a set of teams to target based on their fixtures and motivation.

First off, teams returning from a 3-month hiatus will obviously have varying fitness levels. As a result, it might be better to target teams that are well aware of the systems they play as opposed to those that are still finding their feet. For example, Arteta at Arsenal is still yet to stamp his authority whilst Man City will probably be able to play the Guardiola way in their sleep. Some of the teams that are very well drilled and system-oriented include, Sheffield United, Man City, Liverpool, Wolves and Burnley.

Following this, we can perhaps isolate teams that have something to play for, namely Champions League qualification or those teams that are in a relegation scrap. The top 2 seem nailed on but with City potentially having a CL quarter-final against Madrid in a few weeks, there will still be competition for places. Liverpool might start to rotate and use the rest of the season as a fitness building exercise since there is minimal turnover time for next season and they could have the title wrapped up as early as next week.

Teams like Leicester, Chelsea, Man United, Sheffield United, Wolves and Spurs seem to be the 6 teams chasing the Champions League spots with Arsenal as outside contenders. With Man City potentially out of the CL for next season based on their CAS appeal. even 5th spot might be good enough for Champions League football, which will really interest all these teams. The big hitters that play for these teams are less susceptible to rotation as opposed to their counterparts at City or Liverpool.

Burnley, Crystal Palace, Southampton, Everton and Newcastle look all but safe in midtable barring something catastrophic and should stay up which could mean more minutes being managed and players not having as much incentive or motivation. The bottom 6 from Norwich to Brighton have 8 points between them and it could be anyone’s guess who goes down. These teams will certainly be playing their best players and will have very high motivation levels in their bid for survival.

Another thing to note would be managers comments on players fitness levels. For example, Guardiola has hinted at how durable the likes of Sterling and Mahrez are which could mean them getting more minutes than maybe, for example, an ageing David Silva or Leroy Sane returning from a layoff. Likewise, players like Danny Ings and Gerard Deulofeu who are susceptible to injury might see their minutes managed more/get rotated more.

Players like Paul Pogba, Marcus Rashford, Harry Kane, Ruben Loftus-Cheek and David Brooks all returning from long injuries might be phased back in so it might be better to wait and watch how their teams deal with them. Conversely, injuries to the likes of Ricardo Pereira and Yerry Mina could mean we see budget options like Justin or Holgate getting more minutes.

With 5 substitutes available to managers, you might want to veer away from players that get frequently substituted, a list that includes, Ayoze Perez, Harry Wilson and Roberto Firmino.

All that being said, here are the top assets to consider from teams with favourable fixtures:

Wolves sit in 7th place at the moment and have to play only two of the teams in the top 8, with an away visit to  Chelsea on the final day. They were in good form prior to lockdown, and have some interesting options to consider. One of Raul Jimenez/ Diogo Jota in attack seems a certainty, whilst at the back, Matt Doherty seems to be a very reliable option with immense attacking potential, a right wing-back who has the third-highest goal threat for Wolves. A cheaper alternative with considerable goal threat would be Willy Boly who is an aerial threat from set-pieces whilst Roman Saiss is the cheapest route into that defense but will face competition from Leander Dendoncker. As far as nailed on players go Conor Coady has not missed a minute for Wolves and is their captain, so if you want safety he could be one to consider. Adama Traore and Joao Moutinho are both good lower-mid bracket options in midfield if you’re looking for a cheap 4th midfielder. Another point to consider would be that Wolves have amassed more points away than at home which means playing behind closed doors might not affect them as much as the other sides.

Both the Manchester clubs have good fixtures remaining with just 2-3 games against the current top 8 each. Both have their men returning from injury in the likes of Rashford and Laporte as well as explosive options like Sane and Pogba but you would be well advised to watch how they’re phased back in before drafting them in. Players like Bruno Fernandes and Kevin de Bruyne were integral to their team’s performances prior to the lockdown and one would expect them to carry on the same vein. City and United are both in the top 5 defenses in the league and City are the leading scorers in the competition.

One would expect City to continue scoring, so the double up with de Bruyne for the remainder of the campaign should be on. Aguero, Sterling and Mahrez are all very good candidates for your second City spot. Meanwhile at Manchester United, Antony Martial is the 5th highest point scorer from midfield. United seemed to be improving defensively over the course of the season with the Red Devils falling behind only PSG in Europe’s top 5 leagues for clean sheets in all competitions, thereby making a case for the likes of Maguire and wan Bissaka.

While Chelsea’s run in does have 4 of the top 8 in their last 9, they also play 3 of the 4 worst defenses in the league, which might take you away from the defensive options but certainly make their attackers among those to consider, especially at their lower cost. The likes of Tammy Abraham and Christian Pulisic are very lucrative with their sub 7.5M costs and are the topv2 for xG+xA for Chelsea regulars. Chelsea have been better on the road this season, which could bode well for them since games will be played without any home fans.

Spurs meanwhile have 2 of their big hitters returning from injury in Kane and Heung-Min Son. Kane is priced at 10.8M and could be the standout option with him making his customary late run for the golden boot under Mourinho who is desperate for top 4 football. For many managers who are stocking up on Aguero/Aubameyang for the DGW, a switch to Kane seems very on. He is Spurs’ only striker and on the off chance that he has minutes managed, Son would be an equal or even better option for Spurs. Son might arguably be the fittest player in the league having completed 3 weeks of military service in South Korea during the break. With Mourinho known to not chop and change much and with Spurs going all out for the top 4 with no FA Cup to bother about either, Son could be a very lucrative alternative, given that he has been Spurs’ most prolific attacker with their highest xG+xA despite missing 8 games.

Newcastle are not the most prolific in front of goal but outside of the top 10 only Palace and Brighton have conceded fewer goals than the Magpies. Goalkeeper Dubravka has made 13 more saves than any other goalkeeper in the league. Captain Jamal Lascelles is also back from injury and is a great option at 4.3M given his goal threat as well.

Of the teams in the bottom, whilst most of them do have a tough fixture list, Norwich and Brighton seem the best placed not having to play more than 4 of the top 8 in their next 9 fixtures. Matt Ryan could be a very decent option as he is nailed on as first-choice keeper as well as high impact players like Trossard, Gross and Maupay with 22 goal involvements between them, all 3 who boast of the highest xG+xA numbers for Brighton.

Meanwhile, Norwich have never been a defensive side but given their fixtures, their attackers could certainly flourish. Apart from 3 difficult visits to Chelsea, City and Arsenal, Norwich have some fixtures where one would expect them to compete and certainly take something from the game. This is sure to entice managers into considering the likes of Teemu Pukki as well as options like Todd Cantwell, Duda or Rupp who could prove to be a very useful 5th midfield option. A cheap defensive option could be Max Aarons who scored his first goal of the season just before lockdown and is 5th on Norwich’s list of players for xA.

An ideal draft of players for the rest of the season without factoring in the DGW or chips, considering that Liverpool wrap the title up early and do begin to rotate: