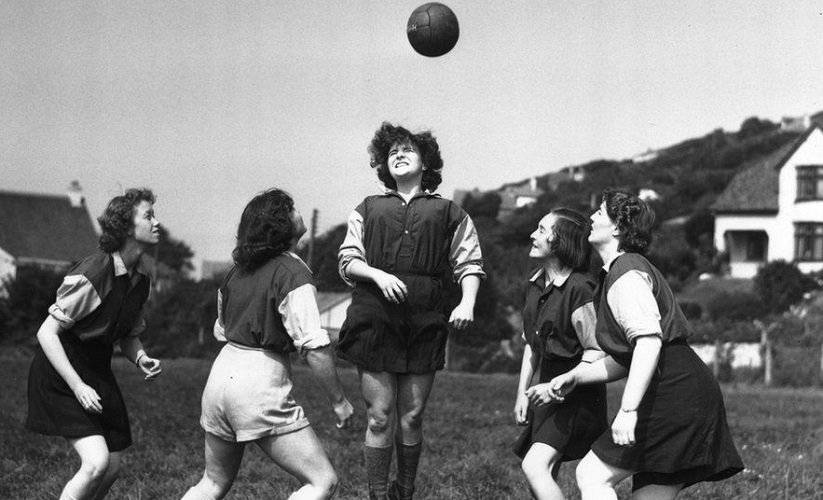 Football has existed in our world for centuries. Its first existence is traced back to the 3rd and 2nd century BC in China, where the game was called Cuju. However, women, who throughout history have been the oppressed sex, were given little importance when it came to their participation and involvement in this sport.

It was in Scotland in the 18th Century that women were first encouraged to play football. The unmarried women played against married women before a big male audience. It is believed that this was chiefly done for the attainment of suitors.

One of the earliest known football matches in England was played between two public schools in 1834. The game’s spectators were mainly lower-middle and working-class men. They caused boisterous brawls in the field as the supporters of the two teams in the audience fought with each other. To mellow down the commotion in the future, they raised the price of admission for the men and made it free for women, allowing them to get a glimpse of the world of football for the first time.

As women emerged to admire this newfound experience, they developed a taste for playing football themselves. One brave woman set out and recruited thirty other young women who made up the first women’s football club – The British Ladies Football Club. The real name of the woman behind this primary initiative remains unknown; however, she went by the pseudonym Nettie Honeyball.

Nettie Honeyball lived in Crouch End, North of London and it is believed that she belonged to a middle-class family from Pimlico, Central London. After putting together the first football team, she got J.W. Julian, a famous player of the early 20th Century, to coach the British Ladies Football Club. And amazingly, the first women’s football game was held in Crouch End, London in March 1895. The thirty women were divided into two teams which represented the North and South of London. The newspapers all condemned them and preached that football was a man’s sport; that a woman could never compete with the agility and grace needed to play the sport.

As years went by, women’s football began to grow with some popularity and in a short period, around eight thousand people came to see the women of the British Ladies Football Club play.

In 1914, at the time of the first World War, leisure and sports were given little importance. With all the men fighting on the front lines, the women were left behind to work in the munitions factories, where arms and ammunition were manufactured, fending for themselves in these dark times.

During the lunch hours in these factories, the women indulged in playing football every day. In a bid to improve morale and the attitude of the female workers, the officers and superiors of the factory began to attend these games. Soon, friendly matches among themselves were conducted.

One team that stood out among them all was at the Dick, Kerr & Co. The women in this team showed exceptional skills. When their superiors spotted their talent, they set about to form an official team. Under Alfred Frankland’s management, a superior in Dick, Kerr & Co., the women’s football matches they conducted were a big hit. The Dick Kerr International Ladies’  played against the Arundel Coulthard, a rival factory, on Christmas Day in Preston, 1917. They won 4-0. Around ten thousand people had gathered to watch this spectacular event.

Dick, Kerr’s Ladies’ secret weapon was Lily Parr. She was a winger and the first star of women’s football. Today, Parr is the only woman to make it as the inaugural inductee in the English Football Hall of Fame in the National Football Museum. At a young age, she had begun to play football with her brothers, and as she became a part of Dick Kerr’s Ladies, she had the power to draw in crowds of about fifty-three thousand people, even after the war ended. It was when Dick Kerr’s Ladies played St Helen’s Ladies on Boxing Day 1920 at Everton’s Goodison Park, thousands of more fans flocked outside.

The Football Association (FA), on 5th of December, 1921, made a brutal decision. As the men had returned from the war, the FA saw women’s football as a substantial threat to their male counterparts. Hence, they announced a ban on all women from playing the sport in any formal manner and all clubs and leagues were forbidden. The FA said that football was “quite unsuitable for females and ought not to be encouraged”. They were even refused the freedom of acting as referee in any of the matches and The FA finally managed to strip all participation of women in football.

On the other side of the world, India stood battling the colonial rule of Great Britain and little exposure was given to sport and entertainment. However, India first came across football in the 19th century through the British soldiers that walked the land, and some of the men began to play unofficial matches against the soldiers. However, at that time, cricket had been the dominant sport (it still is). Also, due to the conservative mindset of the people of those times, there is no mention of a woman playing a sport in a field during British India.

Meanwhile, in 1971, The Football Association revoked its ban on women’s football in Great Britain. This was a turning point for the women’s game. However, the sport had lost a lot of popularity among women by then. They were also at a major setback in terms of ability and training. They had to catch up with fifty years worth of advance if they wanted to get any closer to the proficiency of men’s football.

For female football players in India, going pro was a far cry; especially in the 1970s.

Nevertheless, in 1975, the Women’s Football Federation of India (WFFI) formed their first Indian Women’s National Football team, led and coached by Sushil Bhattacharya. The WFFI was in no way affiliated with FIFA or the Asian Football Confederation. Hence, most matches could not be popularized to a large audience. However, India did quite well in their tournaments under Bhattacharya and managed to secure the runners-up position at the 1980 AFC Women’s Championship held in Calicut. In 1981, India came third after losing to Thailand which was seen as a big leap in terms of their improvement in the style of their play.

Finally, in 1991, FIFA conducted the FIFA Women’s World Cup, which took place in Guangdong, China. However, India played no part in the tournament. From 1991 to 2010, the Indian teams lacked in terms of performance. Historically, insufficient funds have been allocated to the development of football in India, and more so when it came to the women’s game. Due to the lack of specialised training and monetary resources, India’s Women Football team was at an all-time low in 2010.

Around 2010, a prodigious young talent emerged from the corner of the country. She was Ngangom Bala Devi.

Bala Devi grew up in Manipur playing football mostly with boys and started her career as a young 15-year-old. She played in the Under-19 Women’s Championship in Assam in 2002 and was declared as the best player of the tournament. Devi became a revolutionary player and was a star in her state. In 2014, she helped Manipur win the India Women’s Football Championship, after defeating Odisha 3-1. Bala Devi was the star of the tournament as she finished with 29 goals in 7 matches. In January 2020, she signed a contract of 18 months with Scottish Women’s Premier League club Rangers She is one of the very few women in India to make an international career in football. She states in an interview with BBC that the girls should “aim for the sky”. Devi is a true inspiration to women of all sports to pursue their dreams.

Oinam Bembem Devi and Aditi Chauhan are two other women footballers to have made a mark Internationally.

Bembem Devi and Bala Devi were actually in the same team back when they were budding players in their hometown. Bembem Devi is a midfielder, and she has participated in quite a few Asian Games, her first appearance coming at the age of 15. She also rallied her teammates to grab a win against Hong Kong and Japan, the top-ranking teams, in the 1997 AFC Cup held in China. Her first biggest accomplishment was the Arjuna Award that she won in 2017, being only the second woman to do so. In 2020, she was awarded the Padma Shri Award, which is the fourth highest civilian award given in the country. To this day, Bembem Devi is out to raise awareness about the importance of women’s football and support the growth of the sport.

Aditi Chauhan, on the other hand, is currently the goalkeeper for Gokulam Kerala FC. As a young girl, she was very passionate about sports and started with basketball and karate. Later, Aditi developed an interest in football and by the age of 15, she was in the Under-19 Delhi team. She attended the Loughborough University in England and earned her master’s degree in Sports Management. Aditi Chauhan had a short stint with the West Ham United Ladies. However, she later returned to Gokulam Kerala FC and is part of the Indian National football team as well. Aditi has a big future ahead of her and many believe she could be India’s next big success story.

Over the past few years, there has been a substantial increase in the support provided by the Government of India. The Indian sports sector, in general, was at a disadvantage at first because though India had numerous prodigies, there was nobody to tap into their talents and push them to the top. India have won the South Asian games three times, and the players have received good coaching at the hands of Maymol Rocky. They are ranked 55th in the FIFA world rankings, not too bad if you ask me.

Sports Minister Kiran Rijju has announced that the first-ever women’s football league will be launched in the near future. They have also planned to take steps to increase the enthusiasm in the country for the Women’s World Cup as well as women’s football in general. Hence, to this spirit, India is hosting the U-17 FIFA Women’s World Cup next year.

On a more local level, the government has also set up numerous sports scholarships for students, especially of grade 10. They have allotted a quota of 150 awards per state for both girls and boys, which is sure to help not only football but all sports to grow. The number of scholarships provided by top companies such as Tata Enterprises has also gone up. However, there is no specific scholarship established for football, and since the overall number of women in the sports sector is minimal, a niche approach is tricky though necessary.

India is pacing towards her goal slowly and steadily. Nevertheless, the country is sure to score big with the determination and brilliance found in players all over the country.