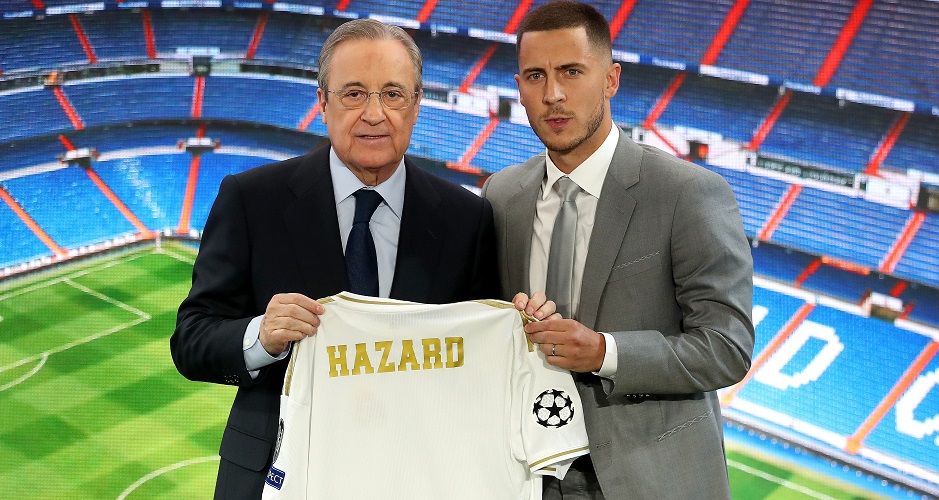 On March 6, 2019, Real Madrid suffered their most jarring home defeat in the club’s history that ended their 3-year long undisputed run as European champions. It marked the end of an era for that generation of players. Popular opinion dictates that fans present at the Bernabeu that evening should have stayed post the final whistle to thank the group of players who made history, but this crowd left the stadium soon after Lass Schone put the final nail in the coffin. History suggests that the Los Blancos supporters were demanding and that they didn’t shy away from taking any prisoners.

Following a tough season, Real Madrid needed a drastic revamping of their ageing squad and they managed to do just that. Five signings were completed before the end of June, addressing most of their problem areas. The latest additions were young, reliable strikers to add depth, quality, and skill – Luka Jovic, Ferland Mendy, and Eder Militao; and finally, the departed Cristiano Ronaldo was consequently replaced by a marquee signing in Eden Hazard. All of this followed instantaneously as soon as they realised where they went wrong in the previous season; much of the credit goes to their chairman, Florentino Perez. It was Perez’s time to act – and he delivered, as he had done previously in his 18 years as president of Real Madrid.

Breaking the world record transfer fee for a player numerous times, it’s no secret that Perez does not shy away from splashing the cash. Be it signing Luis Figo from arch-rivals Barcelona, or Cristiano Ronaldo who was arguably the best player in the world at that time, or a 16-year old whose signature was wanted by almost all top teams – Florentino Perez gets the job done.

Perez first ran for the presidency of Real Madrid in 1995 only to lose to Ramon Mendoza. In his second attempt, he was successful and became president in 2000. Following his arrival, he introduced the famous ‘Galactico’ policy of signing high profile superstars and improving the team drastically. He signed Luis Figo in 2000 and signings such as Michael Owen, David Beckham, Robinho, and Zinedine Zidane ensured that the Los Blancos won 2 La Ligas as well as their 9th Champions League. The Galactico approach adopted by Perez not only added quality on the pitch but also helped solve financial troubles off the pitch. He successfully turned Real Madrid into a worldwide brand and the shirt sales of such superstar signings helped the club clear the debt when the 71-year old took over. 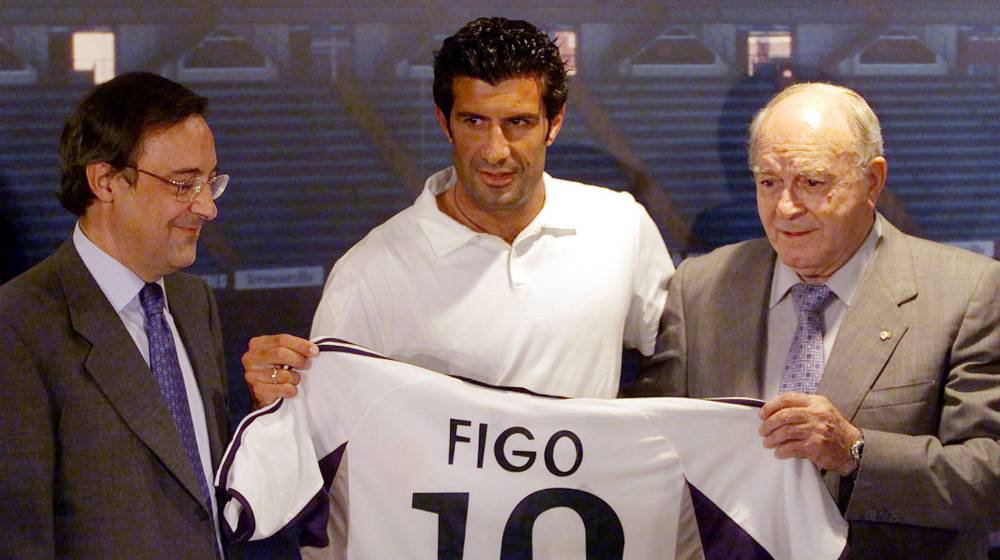 Everything was going as per plan until Perez decided against renewing Vincente Del Bosque’s contract, which led to a major standoff between the players, the manager, and the board. Rumours that Del Bosque had lost his say in transfers, coupled with Fernando Hierro leaving and additionally, issues over Claude Makelele’s wages created a lot of problems off the pitch which resulted in sub-par displays on the pitch. Their financial strength was untouched, but the overall results weren’t good enough, which led to Perez stepping down from the presidency in 2006.

In 2009, he ran for the presidency again and won. The former politician then picked up right where he had left off by breaking the world record fee twice in one window for Kaka and Cristiano Ronaldo. Following their signings, one could see Perez noticeably shying away from the ‘Galactico’ transfer policy, with him signing young, promising talent such as Ozil, Albiol, Higuain, di Maria, Benzema – that is, players who weren’t exactly superstars like the Ronaldos and Zidanes, but great players in nonetheless.

In 2010, he sacked Manuel Pellegrini, despite the Chilean amassing 96 points in the league (only to finish second), and hired the then European champion, Jose Mourinho. Mourinho managed to break Pep Guardiola’s dominance in the domestic stage itself but faltered in Europe. Mourinho was replaced by Carlo Ancelotti, under whom they won their 10th Champions League. Carlo Ancelotti was sacked in 2015, just one season post winning the Champions League, and his successor Rafa Benitez was also sacked in 6 months owing to sub-par results. The Spanish president is rather unforgiving when it comes to bad results on the pitch.

In 2018, Los Blancos won their 13th Champions League under the managerial reign of Zinedine Zidane as well as the 3rd Champions League title in a row, making them the undisputed champions of Europe for 1,011 days – until that eventful evening against the eventual semi-finalists, Ajax. The transfer policy was definitely altered by the time they won in 2018. Perez and Zidane focused a tad more on younger players with high potential rather than superstar signings, and they also concentrated heavily on integrating the youth academy.

As Jose Mourinho once said – In order to last in the world of football, you need to adapt to the changes happening around you. Florentino Perez had certainly done that. From focusing only on big-name signings to signing players who were just about to hit their peak (ensuring they spent their best years at the Santiago Bernabeu), then altering it to signing young players with a high ceiling – Perez had shown how to adapt to the never-ending changes in the footballing world splendidly. The Galactico signing factor will forever be present, but the overall consensus is that the Spanish president had refashioned with respect to time as well as with respect to the type of players he brings to the Spanish capital, at the same time maintaining the financial muscle they have. He had essentially ensured that Real Madrid always remain in the discussion of top clubs in the world.

Florentino Perez, along with being the president of arguably the biggest club in the world, is also the chairman of Grupo ACS, the largest construction company in Spain. He is a man who is very well connected and has bizarre but effective ways of persuading players to join the club. Perez took Zidane’s signature on a napkin at a gala in Monaco to ensure that the Frenchman joins Real Madrid from Juventus. He also personally went to Karim Benzema’s mansion in Lyon to bring the French striker to Madrid, and while still being a candidate for the presidency of Real Madrid, he promised fans the signing of Luis Figo from Barcelona and delivered on it. One way or the other, The Spanish boss does whatever it takes to get the job done.

It is no secret that the ‘off the pitch’ aspect in football has ever-growing importance and the ruthlessness goes a long way in ensuring the club stays at the level it is or is supposed to be. To satisfy such demands from fans, an equally ruthless and ambitious president who makes the hard choices and backs them up is a fundamental necessity. Florentino Perez ticks all the boxes. He is a man who is well connected and with strong business acumen – he gets the job done.