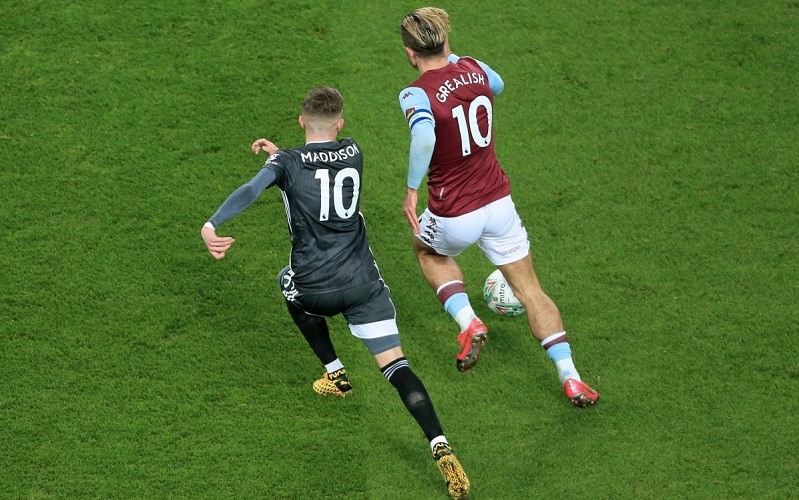 For many players, competing in the Premier League is the ultimate ambition – but the path to the top isn’t always peaceful. While many players are on the books of top-level clubs for years or make the switch from one of Europe’s other elite competitions, for others it is truly a case of working your way to the top.

These are the players who were forced to build their reputations outside of the top flight, and away from the attention that stars of the Premier League enjoy. In this article, we will profile five stars who followed that path, and whose hard work and patience was finally rewarded.

Grealish came extremely close to joining Tottenham Hotspur last Christmas, but the move to Spurs didn’t materialise and his progression would continue in the Championship with Aston Villa. Many questioned whether the midfielder would rue missing the chance, but his faith was repaid later that year when the Villains were play-off promotion winners. Grealish has since taken his top-level chance and was quickly recognised as one of England’s brightest creative prospects.

Mooy was a part of the Huddersfield Town team that defied the Championship betting odds to help them earn promotion to the top level in 2017. The Australian was a creative cog at the heart of the Town’s midfield and integral to their survival the following season. Relegation would follow a year later, but Mooy has since joined Brighton, where he has proven himself to be every bit the Premier League player.

Mount followed Frank Lampard from Derby to Chelsea when he returned to his parent club at the end of last season. Having managed him throughout the previous campaign, Lampard wasted little time in handing the 21-year-old an opportunity. That faith was repaid and Mount is now an integral part of the Blues’ attack, accumulating six England caps along the way.

Although Teemu Pukki has made the step up with Norwich City, Maddison left the Canaries to take his own Premier League opportunity with Leicester City. His big-money transfer, believed to be in the region of £20m, helped Norwich stave off financial difficulties and gave Maddison the chance to shine. And the 23-year-old has grabbed that with both hands, with many believing his first England cap in November of last year to be long overdue.

Who is the better player?

Perhaps the most famous underdog story in football, Vardy’s progress from non-league to the Premier League has been miraculous. Aged 25, the striker was plying his trade with Fleetwood Town, after having paid his dues outside of the Football League with Stocksbridge Park Steels and Halifax Town. But three years later he was an England international, before playing a key role in Leicester City’s equally unbelievable title win. A miracle player at a miracle club.

Of course, there are many more players who’ve made a smooth transition into the Premier League, including several who became Premier League title winners with Leicester. But regardless of clubs, it’s likely that the Championship, in particular, will continue to produce future internationals and title winners.