Just like any other sport the game of football has evolved massively over the years. On a strictly tactical level, one such noticeable area of evolution in football has been that of the adoption of more possession focused systems. In conjunction with such an evolution, a modern brand of 4-3-3 has evolved. The modern 4-3-3 is different from the traditional 4-3-3 with respect to positioning, roles and the attacking patterns. On this note let’s dive into the intricacies and see how and why the changes have taken place and in what capacities they have affected football.

The traditional version of 4-3-3 had the wingers in the front three pinning their respective opposition full-backs. The centre-forward pinned the two centre-backs of the opponent by positioning himself in between them. The middle three consisted of mainly a number 6(defensive midfielder), a number 8 (box to box midfielder) and a number 10 (attacking midfielder) or in some cases a 6 and two 8’s positioned in a staggered manner creating a triangle. The full-backs positioned themselves almost in the line between the 6 and the two CB’s or sometimes in the line between the 6 and the two 8’s.

In the traditional 4-3-3 formation, attack was primarily focused through either the wings or through the centre depending on the opposition strengths, weaknesses and the strengths and weaknesses of the team in possession. Wingers were expected to take on the respective full-backs of the opponent. Then they had to either provide crosses to the centre-forward or connect play from the flanks with the single 10 or the two 8’s by beating their man in a one v one dribble. Full-backs depending on their physical capacity occasionally overlapped to provide support. However, their primary focus was always to defend in case of a breakaway against the opponent wingers during a counter-attack.

Their attacking patterns depended a bit more on an individual’s (10’s and the wingers) ability to find time and space. They then attacked through crosses along the wings or via through balls which penetrated the backline. Use of crucial spaces like the half space was more dependent on the number 10’s own individual vision and application rather than active predetermined and prestructured use as it is done more often now. Hence, the attacks became e predictable after a while.

As teams attacked with lesser numbers in possession in their last line of attack there was more emphasis on the individual brilliance of the wingers or the number 10’s to create chances. Consequently, there were lesser opportunities to win the ball back high up the pitch due to numerical inferiority of the attacking team in advanced spaces of the pitch. And thus this called for more innovation, evolution in the structuring, roles and use of spaces in the 4-3-3 leading to the adoption of the modern 4-3-3.

The modern 4-3-3 encourages its wide forwards to attack and occupy the spaces between the centre-back and the full-back. The centre-forward positions himself in between the two centre-backs thereby pinning them. The difference here, as opposed to the traditional system, is that the three forwards press the back 4 of the opposition; use the half spaces simultaneously; pull the opposition full-backs narrow to facilitate their own team’s full-backs to attack down the flanks. The full-backs as said in the modern 4-3-3 almost position themselves in the line between the central midfielders and the forwards. In some extreme cases, they even position themselves along the same line as their own forwards.

Teams adopting a modern 4-3-3 formation find a way to optimally use the halfspaces. There is also the option of attacking via the wings or through the centre. The presence of the full-backs high and wide on the flanks and a numerical superiority in the middle ensures flexibility regarding the attacking space. The presence of greater numbers in the last line of attack also ensures –

Thus, there is a better chance for stopping counter-attacks along with pinning the opponent in their half to a greater extent. The modern 4-3-3 also allows more potential blindside runs to be made due to the unique positioning of the players in the spaces in between. Hence teams that adeptly play possession football utilizing the modern 4-3-3 are flexible with regards to which space (wing, halfspaces, centre) they choose to attack. This, in turn, depends on their personnel and the opponent’s strengths and weaknesses.

Read More | The importance of compactness in the modern game | 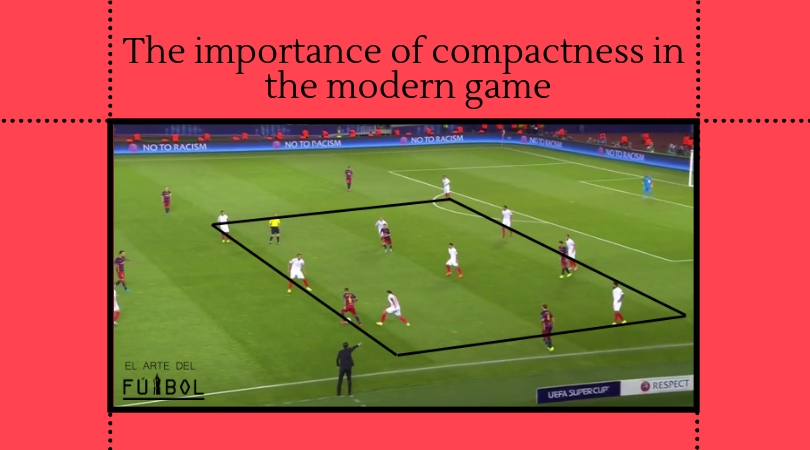 With the wide forwards occupying the half-spaces they automatically draw the attention of the centre-back and the full-back, creating confusion and thus facilitating space in the other areas of the pitch. In the traditional 4-3-3, the wingers can be nullified by forming a 2v1  against them with the aid of a wide midfielder dropping to help his fellow full-back. The modern 4-3-3 also facilitates the creation of more triangles across the pitch and thus ensures better ball circulation, combination play and pressing structure.

The modern 4-3-3 has been in a way largely responsible for the decline in the production of proper wingers over the years. Wide players are now encouraged to cut in, exploit the spaces between the opposing centre-backs and full-backs by making runs in those channels. The responsibility of providing width is entrusted to the full-backs of the team in possession. This has gradually led to wide attacking players moulding their game as inside forwards rather than as wingers.

Also by cutting in, some wide players are able to get rid of their markers, be more involved in the overall gameplay and hence impact the game to a greater extent like Neymar, Messi, etc. The one-dimensionality of natural wingers in comparison to the added flexibility of the modern wide players has also hampered the overall demand for pure wingers in the modern game

As a result, the definition of a full-back has changed altogether in the modern game. A full-back is now tasked primarily with the responsibility of providing width in attack. He is expected to ably support the attacks of the team in combination and also supply crosses. He is also expected to deliver the defensive coverage along his respective flanks. This extra burden on modern full-backs is compensated to a reasonable extent as teams are inclined to win the ball back immediately after losing it higher up the pitch.

Read More | The art of pressing – A descriptive analysis | 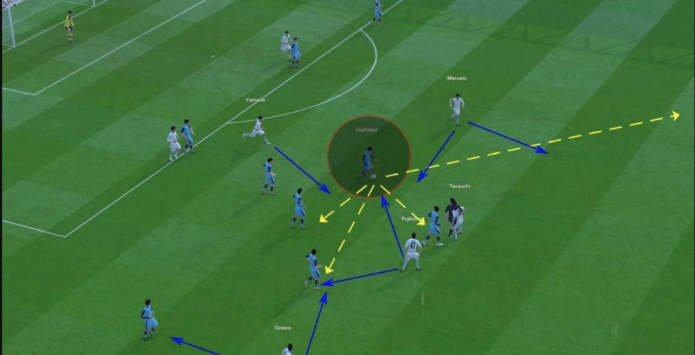 The teams in possession try to hunt for the ball and defend the territory more as a team rather than as individuals trying to overcome the 1v1 battles on their own. However, there are always moments when the protection is not adequate and the full-backs are caught out of position more often than they used to be earlier. Full-backs are expected to maintain a balance in attack and defence. Hence, despite them being encouraged to attack, they are never really always as penetrative in an attacking sense as the old-fashioned quality wingers were.

The game keeps evolving at its own pace, innovating several positions and systems. It will be interesting to see where the present tide of the evolution on a tactical level leads to.