When the Azzurri face off against Turkey, Switzerland and Wales in next year’s Euro 2020/2021, it will mark a grand return to international competition for the Italy national team. In 2018, Italy were absent from the sparkling Russian World Cup. It was the first time since 1958 Italy failed to qualify for a major international tournament.

Now though, Roberto Mancini’s team are ahead of Portugal and 2018 finalists Croatia in the odds to win next years Euros. At 12/1, the Italians are still statistically less likely than Spain, France and England. However, analysts predict the Azzurri will be challenging far more strongly than Sky Bet suggests.

Whatever happens, it will be a joyful Summer for Italy fans, or at least more pleasing than the 2018 nightmare. The transformation has been remarkable.

The last tournament the Italy national team played in was ironically the last UEFA Euros. Nearly five years ago, Antonio Conte dragged a side starring Graziano Pelle upfront to the quarter finals. They were beaten on penalties by the-then World Champions, Germany. 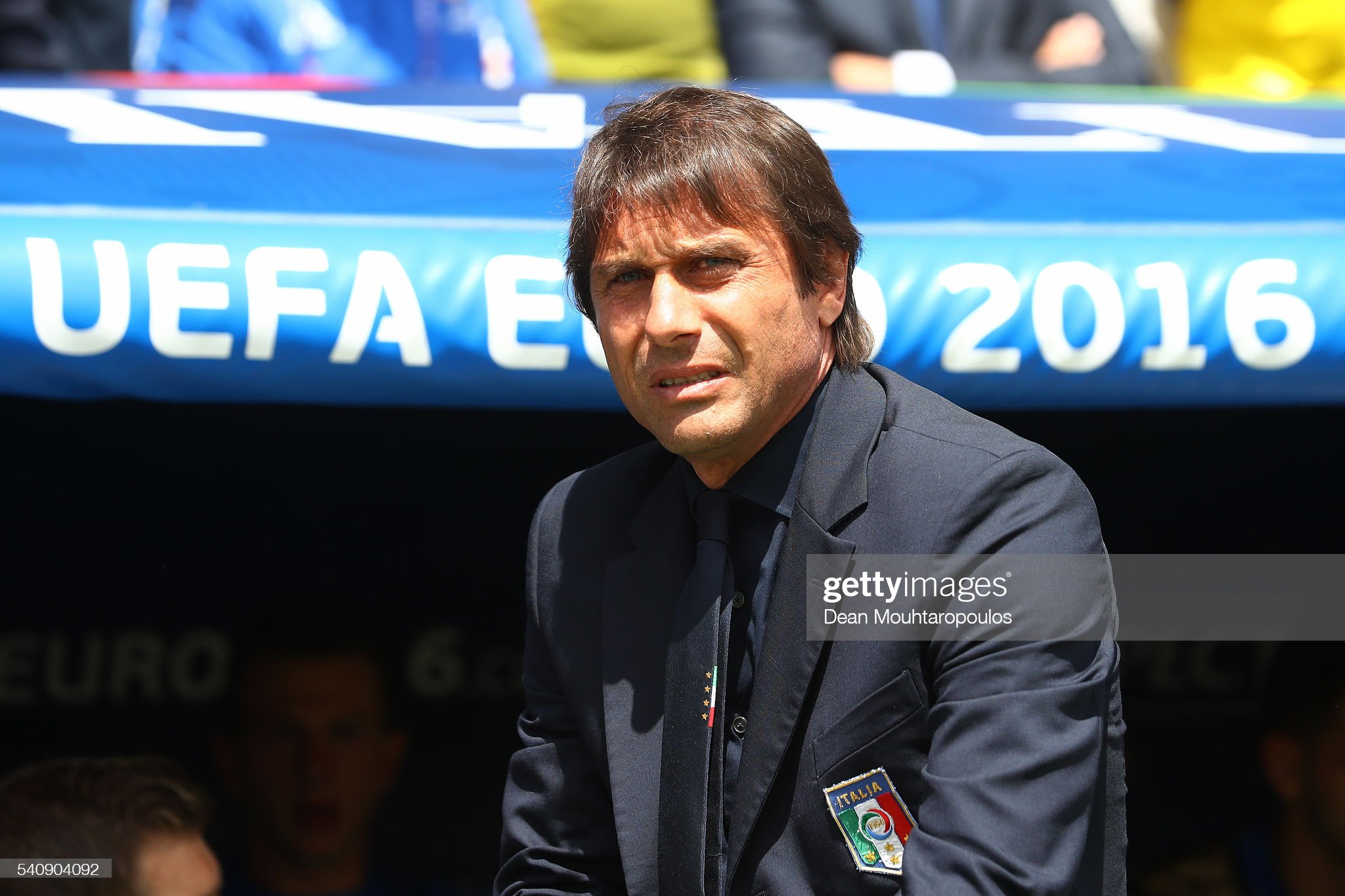 “Conte’s words assault you”, the words of Italian legend Andrea Pirlo. Conte is a coach like no other. Therefore, when he left after the tournament for Chelsea, there was a charismatic void at the top of the Italy national team. Conte had overperformed massively.

In the round of 16 in EURO 2016, Italy grinded out a 2-0 victory against a star-studded Spanish side. Vincente de Bosque was armed with Cesc Fabregas, Andreas Iniesta, and David Silva. Conte on the other hand, lined up with his classic three-at-the-back, plus Mattia De Sciglio & Alessandro Florenzi as wing backs. Besides the iconic defensive line up of Chiellini, Bonucci, Barzagli, Buffon, the side lacked star quality.

Del Bosque’s Spain dominated the ball, with 59% of possession. They outshot the Italians, 14 to 11. It took a scruffy goal from a rebound for Italy to lead after 36 minutes. A deflected cross in the 90th minute found its way to Pelle to finish Spain off. Part of it was defensive solidity, perhaps the rest was luck. Italy were dominated in a similar way against Germany in the quarter finals. They simply did not have the midfield or attacking firepower to take control of games.

The Beginning of the Slump

After Conte left, Italy went under the management of a relatively new face on the international scene. His name was Gian Piero Ventura.

Ventura had been far less established and successful than Conte. In a 34-year managerial career up until his appointment, the biggest club Ventura had managed was Napoli. He took charge for 19 games, being sacked halfway through the 2004/05 season. Ironically, he had also replaced Conte twice before. He was a similarly defensive coach.

At first, Ventura stuck three at the back. The first 6 games were a mixed back. Italy eased past Israel, Macedonia and Liechtenstein in the first World Cup qualifying matches. However, a 0-0 draw against Germany, and 3-1 defeat to France, were early warning signs.

Above is the starting line-up against France, the 1st of November 2016. At this point, France’s golden generation were still yet to truly establish themselves, but the gulf in quality is clear looking back. While Italy retained one of the most legendary defences in modern football, there was a huge issue; the attack.

Ventura clearly tried to fix this. He switched to a 4-2-2-2 for the remainder of his 16 games he took charge of. Across all competitions, Italy scored 27, and conceded 13. On the face of it, this is a solid record. However, 20 of those goals came against the likes of Israel, Macedonia, Lichtenstein and Albania. Eight games came against Spain, Germany, France, Sweden, Uruguay and the Netherlands from September 2016 to November 2017 (All comps). Italy scored 7 and conceded 9.

In World Cup qualifying, Italy had slipped up in smaller games too, drawing 1-1 at home to Macedonia. These dropped points, combined with a loss and draw to Spain, forced Italy into a dreaded two-legged World Cup playoff match against Sweden in November 2017.

With pressure mounting, Ventura reverted to a 3 at the back system. The Italy national team had not used it in nearly a year. The games took place over a 4-day period, one in Stockholm and the other in Milan.

From the 4-2-2-2 he had previously deployed, this three at the back system left out lots of attacking personal. Italy lost 1-0 in Stockholm, mustering just 2 shots on target. Their three-man midfield in front of the back three included Daniele de Rossi, Marco Parolo, and Marco Verratti. The only attackers starting were Immobile and Belotti. The pressure was on to win the second leg in Milan.

Despite the need to win, Ventura stuck with a three-man defence. Florenzi came into midfield, as well as Jorginho. Antonio Candreva and Mateo Darmian started both matches at wing back. It was an unimaginably defensive line up.

Italy mustered just 5 shots on target. They struggled for over 50% possession according to Transfermarkt. They failed to score, and succumbed to a 0-0 draw, and failed to qualify for the first time since 1958.

During the game, TV cameras caught one of Ventura’s assistants asking De Rossi to warm up in the second half. De Rossi was a defensive midfielder. He turned to the assistant, and beckoned, “Why the hell should I go on? We don’t need to draw; we need to win!”. He pointed towards Napoli striker Lorenzo Insigne, and told the assistant to bring Insigne on. Daniele De Rossi never made it on to the pitch, and neither did Insigne.

After Gianluigi Buffon cried on TV,  Ventura was sharply sacked. The Italy national team was in crisis. After 5 months, the Italian FA swooped for former Manchester City coach Roberto Mancini. He took charge on May 14th. In his first game, a friendly against Argentina, Mancini made a powerful move. He switched to a 4-3-3, away from the dogged 3-5-2. Lorenzo Insigne started in a front 3 featuring Immobile and Federico Chiesa. Italy lost 2-0, but progress had begun.

Two years later, and Mancini’s Italy have qualified for EURO 2020/21. In their group, Italy conceded just 4 goals in 10 wins from 10 games. They also scored 37 goals in this time. This flawless form came from stubborn marriage to the 4-3-3, with Jorginho regularly featuring at the base of midfield. Immobile, Belotti and Moise Kean interchanged upfront. In what was previously an uninspiring midfield, Italy now feature the fantastic Stefano Sensi and Lorenzo Pellegrini. Behind them, Sandro Tonali and Manuel Locatelli are eager to impress.

In recent performances, like duo of matches against the Netherlands, the Italy national team have shown new alien issues. In defence, Italy look vulnerable. They have been lucky to escape with low goal tallies. Upfront though, there has been an injection of pace and excitement. Just Nico Barella’s incredible team goal against the Dutch is enough to make some of the pain from 2018 worth sitting through. Italy are now, ironically, an attacking behemoth.