Manchester City vs Liverpool promises to be an exciting affair and one that could determine the fortunes of both clubs in the Premier League this season. A truly season-defining game in every sense of the word, it promises to be an ultimate clash between the two best sides of the Premier League. This fixture, year after year, is one which keeps growing in stature, goals, and importance for the average fan for both the clubs. Although the Red Devils of Manchester are a much more significant rival when concerning classic footballing rivalry, the two cities have wounds that run way deeper.

The weekend game against Arsenal was touted to be the proper warm-up game for leaders Liverpool. It did flatter to be so, as they went behind at Anfield for the first time in a year. But such is the Red’s confidence now, they had gobbled up the deficit and then added another one to go into the lead within a mere 5 minutes. The Arsenal defence crumbled and Liverpool, certainly having an eye on this game, took their foot off the pedal and were in cruise control for the rest of the game. This stood in good stead for the next fixture, which will could turn out to be a crucial title decider.

Liverpool, tactically, will likely switch to a front 3, like the one which gave them so much success in the second half of the 2017-18 league and Champions league campaign. This comes after consistently putting out a 4-2-3-1 formation enabling Salah to roam free at the top of this Christmas tree like formation, with either one of Mane, Firmino or Shaqiri helping out the defensive midfielders whenever necessary. 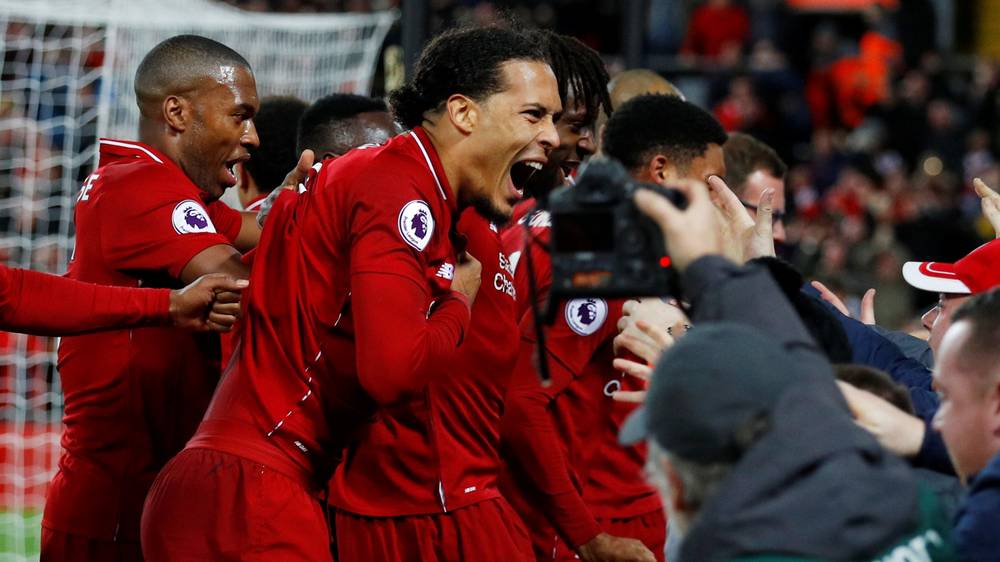 This tactical switch will allow Liverpool to use their counter-pressing style. Klopp is sure to be cautiously confident and not go all out. The system entails that if one goes, everyone else follows. These swarms of Liverpool pressing will come, and when they do, will do so for sustained periods, at the end of which they will sit back and look to absorb the City pressure. These are the types of games Liverpool have saved their energy for, during the first part of the season. It is interesting to note that Liverpool did use this against Napoli at Anfield.

The midfield 3, assuming they do play one, will be an interesting choice. Klopp should recognise the threat posed by the returning David Silva, who was instantly up to speed against the Saints. Much has been said and written about the workman like midfield 3. Henderson, who is Liverpool’s best space-marker, is due to start as he has been coming off the bench in the last two games. Gini Wijnaldum, who Klopp said gets all his praise in the dressing room, has emerged to be the most consistent player in this side. In the absence of Shaqiri, he is the ball player in that midfield, whose attacking contributions often go unnoticed. He is also an automatic pick.

The third midfielder will be a choice between the relatively conservative Fabinho, who has been growing in confidence every game or Naby Keita. This will be a resounding statement to play him. Klopp will probably be better off playing Fabinho as all the pressure is on Manchester City.

Read More | Can Liverpool Stay Top Of The Pile For The Remainder Of The Season? | 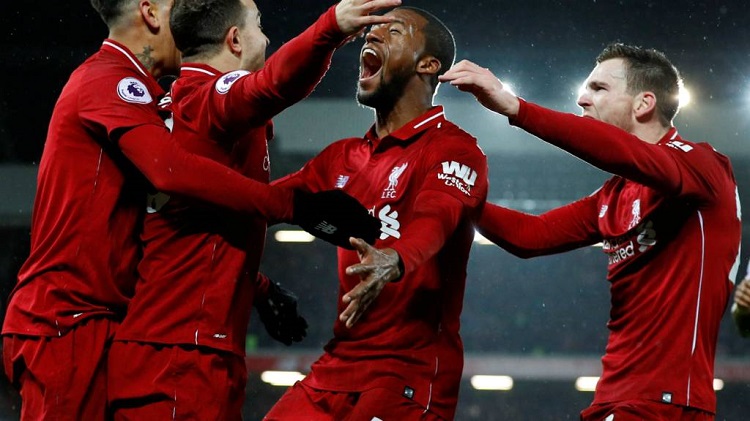 The game, from a Liverpool perspective, will be won or lost (or drawn, for that matter) at the wider areas of the pitch, where Trent Alexander-Arnold will be tested by a blazing Sane. Going into the game, the young Scouser may well be lacking in fitness because of his recent injury. In such a case, Liverpool’s attacking threat down that right side would be pegged back and the onus on defending better will be more. Clyne, who was ordinary in attack against Manchester United has not had much practice for a game of this magnitude. The front three picks itself, given all of them are up, about and firing, looking to match strides of last season. Jurgen Klopp will be wary of the mind games by the opposition manager, labeling Liverpool the best team in Europe right now.

City go into this game 7 points behind Liverpool. This means all the onus is on them, especially given Guardiola’s comments about how City will be totally out of the title race, should they drop points in this big one. The stumbling stalwarts brought themselves back into contention with an uneasy, unconvincing, but important victory against Southampton last weekend.

The manner in which their least experienced player, Zinchenko, stepped up after his mistake early in the first half should lift the team and manager alike. Pep Guardiola singled out the Ukrainian for his bouncebackability and urged the rest of the team to do the same. Either Zinchenko or Danilo will be expected to slot in at left-back for the suspended Delph. Whatever the combination City will look to play their game and hope for a repeat of what happened when these two teams met at the Etihad in the autumn of 2017.

The centre-back pairing of Laporte and Stones should be an ideal choice to counter the pressing of the three Liverpool forwards. The fact that Kompany played the game instead of Stones, who was given a bench role on Sunday should point to a starting spot for him. The quirky conundrum of Kyle Walker also needs sorting out by the coaching staff, as he’s been responsible for 4 goals conceded over the festive period for City. Whether playing a half-baked Danilo is the solution, is up to Guardiola to earn his big, fat pound.

The midfield, which surprisingly has been a cause for concern for the Citizens in the last few games, should be back to a familiar Silva, Silva and Fernandinho combo, with the Brazilian being by far the most important cog in the wheel in terms of the defensive setup of the team. City will look to be decisive in the midfield area with quick interchanges in the offensive half and also look to be quick in transition against Robertson and Arnold, whose attacking positions can leave Liverpool exposed at the back.

David Silva cutting inside from the left could cause problems for Liverpool, given that Salah is the most suspect out of the front three of Liverpool, defence wise. Kevin De Bruyne could also make a late entry into the game, having featured in two games as a substitute as recent as the last game.

A fit and firing Aguero is a sure pick, leading the attack with Sane and Sterling bringing up the wings. Pep may switch Sane for Mahrez, but with his penalty miss against the Reds in the first half of the season, it may be a mental decision rather than one on the pitch and playing ability or form. If the documentary is anything to go by, Pep is surely not lacking in motivational capabilities, which this fixture brings a lot by itself. It will be one to remember.