The time is around 22:00 on Wednesday, July 11th 2018. England have just been defeated in the semi-finals of the World Cup to Croatia, after an extra-time goal from Mario Mandžukić. In the weeks prior, the nation had been swept by an incredible spirit which saw undying patriotism championed. It had been considered heroic to wave the English flag and support the team on their way to their first last-four finish since Italia 90.

In the two years that have passed, the England first team has morphed considerably. Jesse Lingard, Ashley Young and Fabian Delph, who were all in the squad for the fateful match against Croatia, have all faded out of Gareth Southgate’s roster, currently listed on Transfermarkt. They made way for Jadon Sancho, Ben Chilwell, and Declan Rice, just a small example of the evolution of the English first team, further evidenced by Fifa.com’s ranking system. Since May 17th 2018, England has risen from 13th in world rankings, to 4th. 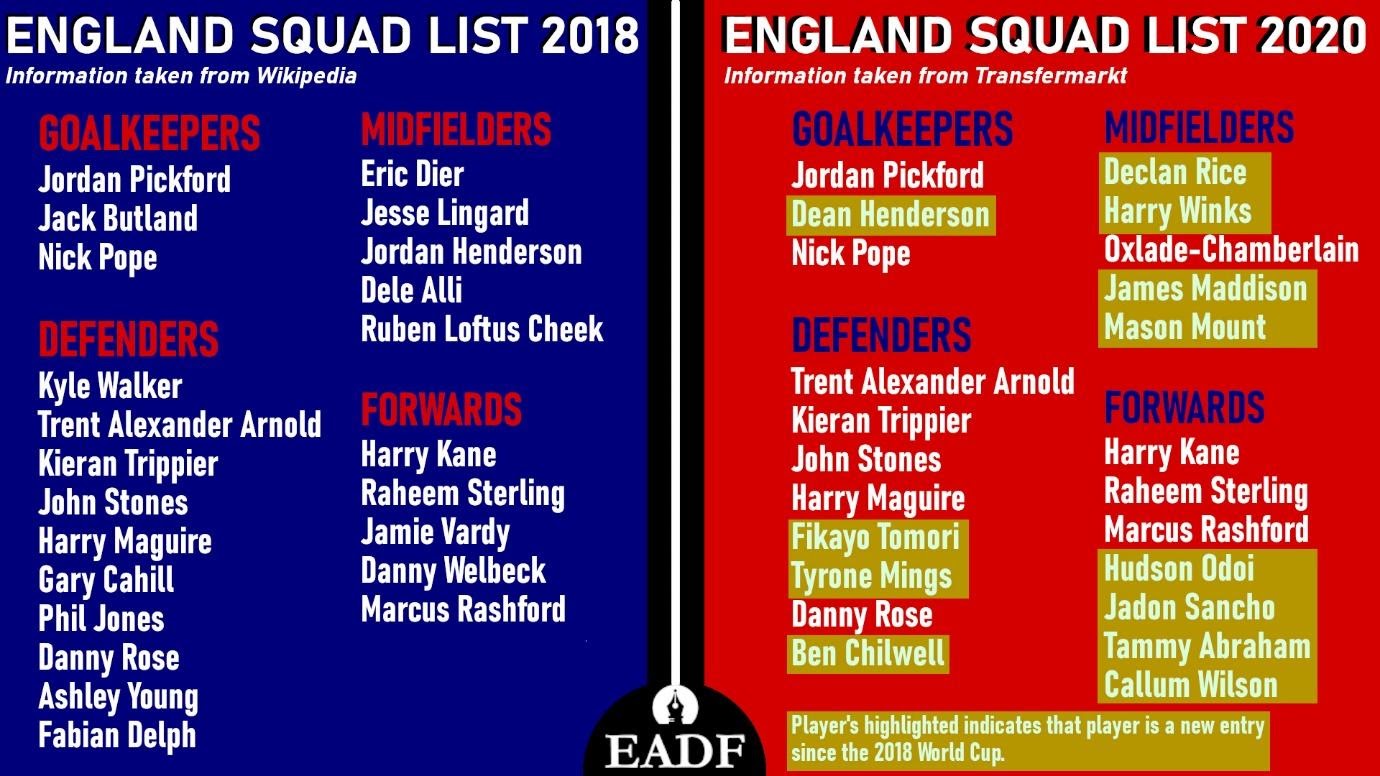 A common label attributed to England fans during the 2018 World cup was that of ‘Ignorant’. Their at times purposely ironic, insistent claims England were going to win the tournament in Russia was met with anger from opposition supporters. However, this time around ignorance towards other national teams would be fatal for England. Portugal, Netherlands and France are all seeing their own meteoric rises in talent. Dayot Upamecano, Eduardo Camavinga and Odsonne Edouard are all stuck in the French U-21 side, behind the likes of Varane, Pogba and Mbappé. Frenkie de Jong and Matthijs de Ligt are spearheading a revolution of the Dutch national side, and João Félix is just one superstar among a plethora of others, including Bernardo Silva and Bruno Fernandes, currently starring in the Portuguese National team.

These will all be tricky opponents in next season’s unique Euro 2021. They are the only reason England can still label themselves underdogs for next year’s tournament, slated to take place across 12 countries. Yet in an interview with FourFourTwo, England’s own Marcus Rashford went on the record to say “We’ll give it our best shot at the Euros. If we are playing our best football, I don’t see why we can’t win it.” Rashford will turn 23 this October, and his confidence is undoubted in a team which has dramatically risen in quality over the past decade.

England’s performance at the 2018 World Cup in Russia was a huge shock. In the previous 5 World Cups, they hadn’t made it past the quarter-finals, twice going out in the Round of 16. Then came 2016 where England lost 2-1 to an infamous Iceland team. Many may believe then, that 2018 was a flash in the pan for England’s poor tournament showings. Instead, it was the first major showing of England’s new generation of talent, which dedicated followers of the national team got a glimpse of in 2017.

This was the year that England’s U-17’s toppled Spain in the FIFA U-17 World Cup. The team included players now famous in today’s modern footballing landscape. Chelsea starlet Callum Hudson-Odoi scored in the final of the tournament and has since broken into the senior national side. Phil Foden won the Golden Ball and now looks to be a fearsome creative presence, scoring 2 and assisting 2 in just 187 Champions League minutes in the 2019/2020 season. Yet the jewel in the crown of that side is undoubtedly Jadon Sancho. As shown in the ‘Young Lions’ series on EADF, Sancho was singled out for this rare talent at an early age. Now 20 years old, Jadon Sancho’s elegant and devastating footballing ability looks set to rival that of Mbappé. Currently ranked as the 8th most valuable footballer in the world by Transfermarkt, Sancho joins Raheem Sterling and Harry Kane as part of the group of world-class England players. 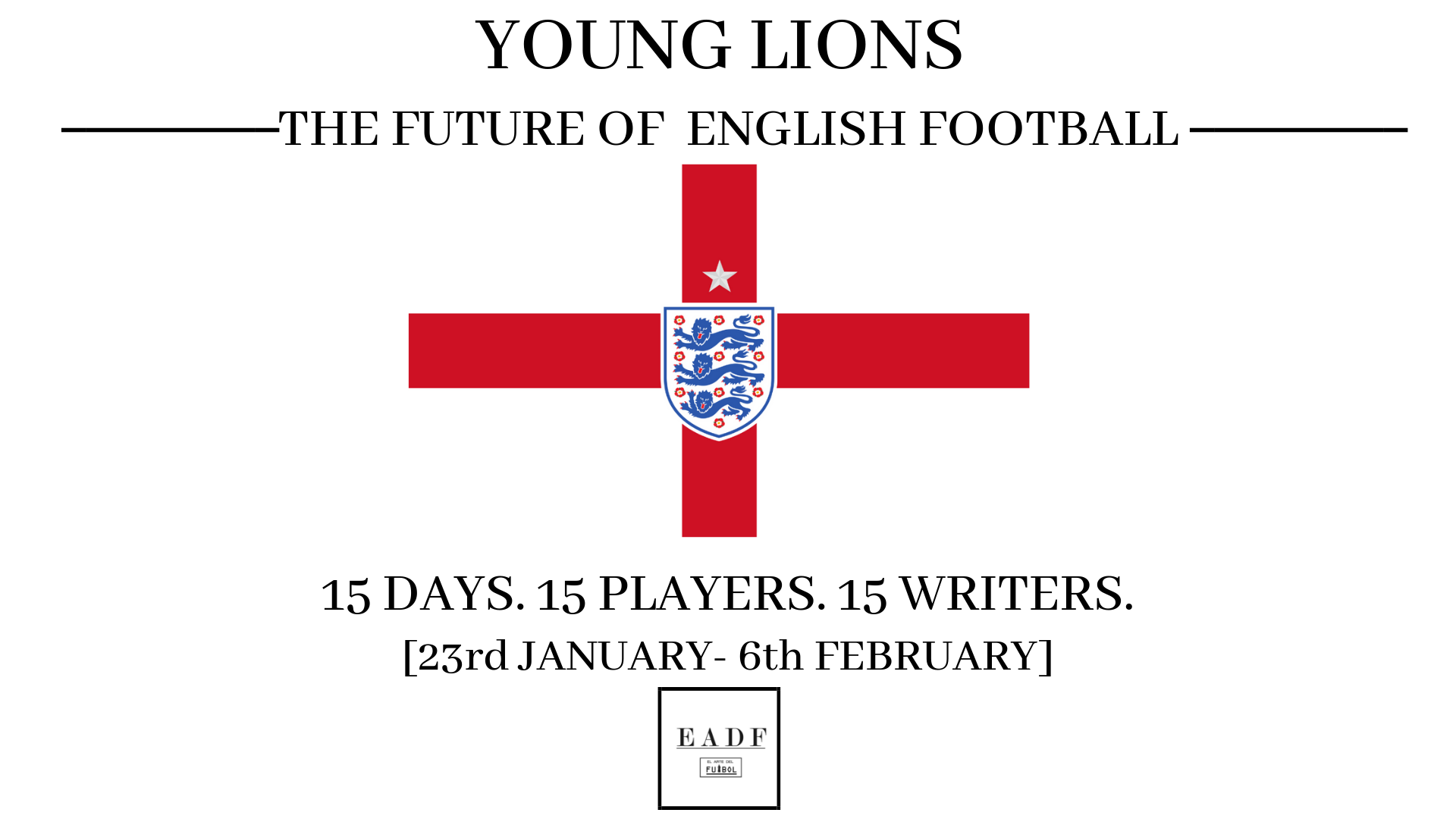 2019 meanwhile was the year the England U-19 side featuring Mason Mount and Reece James won the U-19 Euros. Both have since forced their way into the Chelsea first team this season, with Reece James looking particularly impressive as a delightful mix of brute force and fantastic technical ability at right-back. Both make up a strong roster of English talent, which would have had a decent chance at winning the Euros originally taking place this summer. However, the postponement to next year could put Gareth Southgate’s side into a stronger position than the one they currently find themselves in.

Harry Kane was the hero in 2018. He found himself on the scoresheet in 3 out of the six matches, excluding the 3rd place play-off. However, since November 2016, Kane has missed 52 club games through injury (Transfermarkt). In fact going into this summer, Kane would have missed 17 games since November at least. What the break in action has done though, is give Kane something he hasn’t had since 2017 – a summer without football. According to Transfermarkt, Kane officially recovered from his latest injury on April 1st, meaning he has gone two months without putting his body through the intensity it usually undergoes. This gives England hope that maybe, they will have a fully fit and firing Harry Kane ready for next summer.

Kane is not the only beneficiary of the postponement of the Euros. The younger players will have another year to grow in physical stature and gain momentum in form. Callum Hudson-Odoi and Raheem Sterling have been criticised for their performances this season, and they will now have another year to try and right that, and go into next summer with the momentum and self-belief that is perhaps missing at the moment. Even Ruben Loftus-Cheek now has time to return to Chelsea after injury and re-establish himself in the England national team. Yet Jadon Sancho could be the biggest winner of them all.

Despite scoring 17 goals and assisting 16 more in just 27 Bundesliga matches for Borussia Dortmund, Sancho has just 6 goal contributions in 11 caps for England, which is comparatively low, especially given that 3 of those came in one game. Sancho has not quite hit his stride with the national team, yet recent news reports from reliable news sources could change things, claiming that Jadon Sancho is close to a move to Manchester United. Sancho remains the only player amongst the England setup who plays abroad, and moving back into the country will mean less travel for matches, and make him feel more at home in the side.

England’s success undoubtedly depends on whether France can maintain its dominance, or if Portugal and the Netherlands rise with their own talent. Spain, Germany and Italy all remain a force as well. It’s clear though, that with the talent coming through combined with the silver lining amidst the pandemic that gives some players another year to grow and regain form all point to England’s best chance at winning silverware in the 21st century. We will have to wait another year to see, but a growing amount of belief will no doubt surround Gareth Southgate’s young lions.