The Dutch National side have been one that has been feared and revered for generations, with the likes of Gullit, van Basten, Seedorf and Bergkamp being some of the star names to don the famed orange kit.

The nation that made ‘Total Football’ a norm, has however been a sleeping giant in the last few years after having failed to qualify for the last two major tournaments – The European Championship in 2016 and the World Cup in 2018.

The Dutch sides in that time, have been a shadow of the ‘world beaters’ they have been known to be, leaving many to wonder what went wrong over the years. There has been a gulf in class between the Netherlands and their rival nations in terms of on-field success and nurturing new generations of players.

Four different changes in management since Van Gaal left the hot seat in 2014, highlighted the inconsistency and the inability of the national team to compete with other heavyweight nations such as Belgium, who seem to be making the most of the plethora of talent at their disposal.

The KNVB, the football association of the Netherlands, has struggled time and again to find the right man for the job. Danny Blind, Guus Hiddink, and Dick Advocaat have all come under the line of fire, providing regular sub-par performances and missing out on two major tournaments in the process.

Former Everton manager Ronald Koeman was the latest to be summoned for the job. He took charge of the team in February 2018, and their resurgence since has been nothing short of spectacular.

Taking over from Dick Advocaat’s aged side, he has undeniably changed the stagnant and somewhat uninspiring football played by the Dutch since their third-place finish at the 2014 World Cup.

The Old Guard in Robben, Van Persie and Sneijder seem to have moved on and made way for the new breed of talent that has come through to the current team.

The Dutch, under Koeman, have been one of the most tactically astute sides to watch in the Nations League and European Qualification rounds, making their record of 2 losses in 7 games seem like no surprise to pundits and experts alike.

Beating the likes of France and Germany, as well as getting results against Portugal and Belgium show promising signs of improvement. The side has been playing with a swagger that many ‘Total Football’ fans have been missing the last few years, making Koeman and his pool of players favourites with the fans once again. 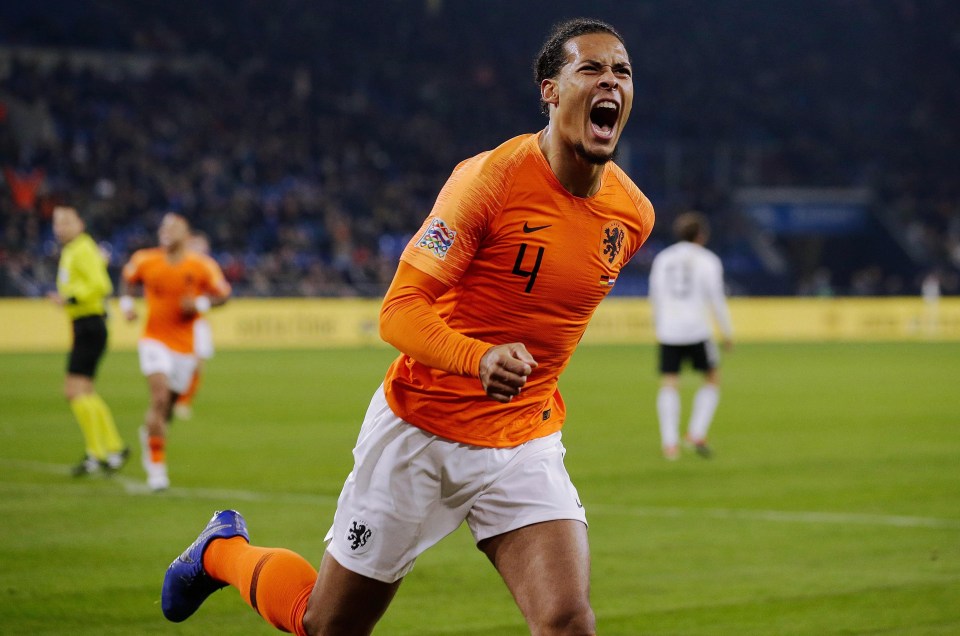 The Dutch, under previous management, had been scrutinised for relying heavily on their aging superstars, instead of giving younger generations a chance, which may have hindered the development of the nation until recently.

Koeman was the first to address this and make effective changes, which have proven fruitful when one looks back at his progression. Youngsters like Denzel Dumfries and Frenkie de Jong have been given their chance to shine by Koeman. Combined with the experience of more senior players such as Daley Blind and Ryan Babel, this harmony makes the squad tick to perfection.

The side exudes confidence beyond its years, which is a testament to the manager’s tactical prowess in growing his side.

Frenkie de Jong has been sensational for both club and country- further proven by Barcelona who agreed a 75 million Euro fee for him in January. He is the pivot in this Dutch unit, transitioning between attack and defence seamlessly.

Koeman’s system seems simple yet so complex. The Dutchman rotates between a 4-3-3 set up for the attack and an intricate 4-2-3-1 when his team loses the ball. His back four pick themselves in Blind, Van Dijk, De Ligt and Dumfries starting majority of the competitive fixtures.

The middle of the park consists of tireless, but nonetheless talented midfielders. De Jong along with either Van de Beek or de Roon sit as the two holding players, allowing Gini Wijnaldum the freedom to roam further into the final third, almost as a number 10.

The front three is still in the midst of experimentation, with only one man making himself the first name on Koeman’s team sheet- Memphis Depay.

His stunning displays have revived his career after moving from Manchester, with the forward in prolific form- notching 5 goals and 4 assists in 7 games and becoming the spearhead in attack for this Dutch side. The striker is flanked by Ryan Babel on the left, and Quincy Promes or Steven Bergwijn on the right-hand side who make this attack even more potent and direct on the counter.

The overall system is a well drilled defensive side, with the wingers dropping more centrally to open counter-attacking opportunities, pressing the midfield and winning the ball- making it the recipe for success with this structure. The full-backs are constantly overlapping the wingers, proving a nightmare for even the best defences in the world to cope with.

Despite a lot of critics being skeptical of the Dutchman’s appointment, Koeman has proved his mettle game after game. The players also seem to be perfectly adept to their roles, playing like a team that has a point to prove.

The Dutch are in the semifinals of the UEFA Nations League, something no one tipped them to be in the mix of. They are odds on favourites to win the competition, further justifying the exemplary work put in by the management.

Winning the Nations League would ensure qualification to the Euros in 2020, and a reappearance at a major tournament for the first time in six years, something the Netherlands have been in dire need of after a string of international failures.

The current side has all the right ingredients to go on and succeed in the future. In the right hands under Ronald Koeman, the Dutch can optimistically look forward to adding more silverware to their one European Championship trophy from 1988 and finally awaken a sleeping giant of world football.