There’s a reason we cannot go more than a day without hearing the name-Jadon Sancho. And there is also a reason why the former Manchester City winger’s name is ever-present in the footballing world. The cause for both of these is undeniably Borussia Dortmund.

Despite signing for the German club last season, it is only this season that Sancho has been allowed to express himself. And Dortmund are reaping the rewards as the youngster is thriving under Lucien Favre’s tutelage with 7 goals and 8 assists this campaign. Their initial intention when they signed him was clear; at 8 million pounds and 17 years of age, the starlet was a low-risk, high reward replacement for Ousmane Dembele. They confirmed this by giving Sancho the number 7 jersey vacated by the Frenchman. Dortmund had chosen their heir to the throne. 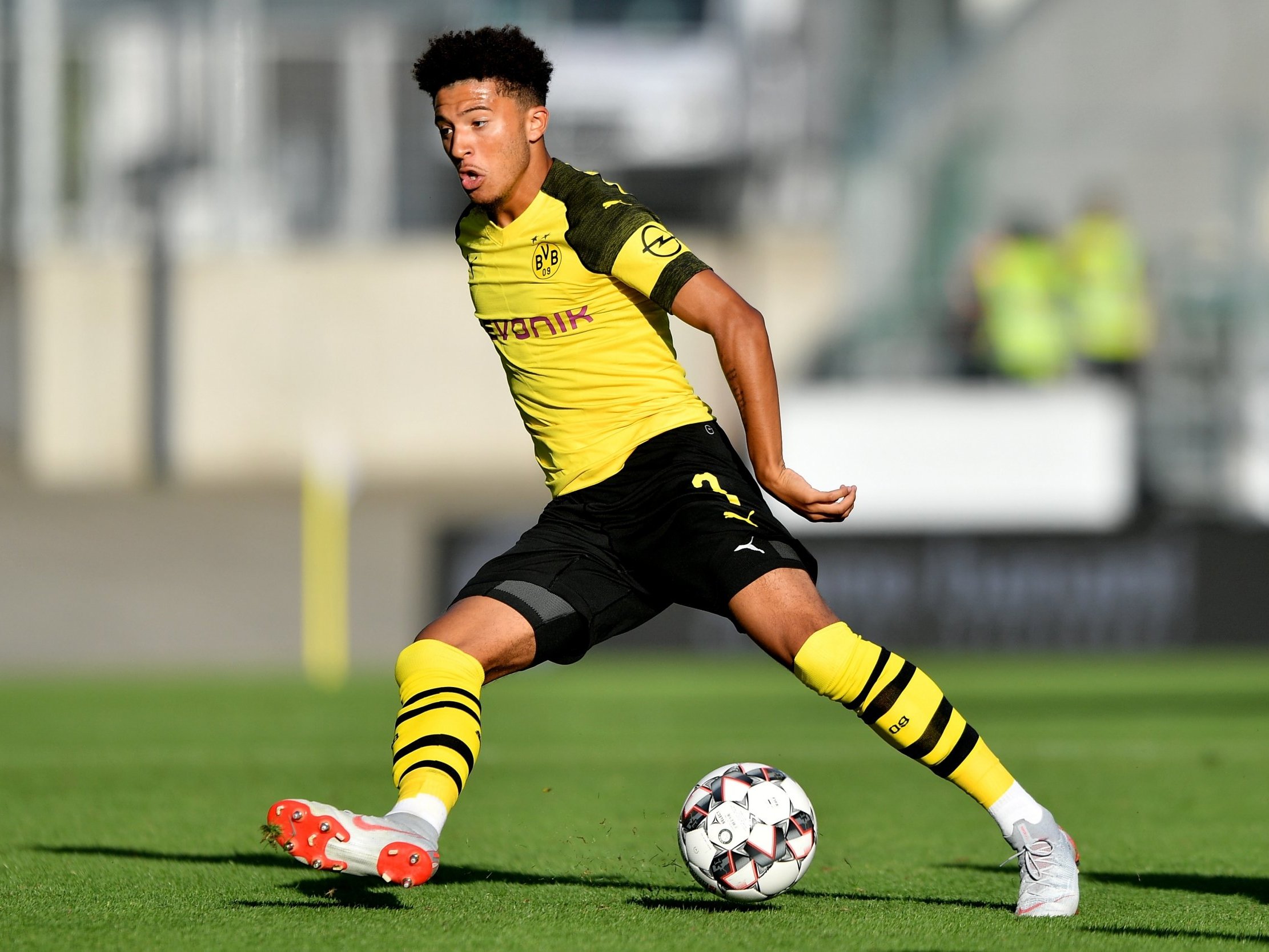 Sancho isn’t the first young player to thrive at Dortmund, however.

Dembele himself excelled at Dortmund when he was there finishing his first and only season as the prodigious forward was named in the Bundesliga Team of the Season. In August 2017, he eventually got his much-hyped move to Barcelona by forcing his way out of the club, but Dortmund didn’t complain. They pocketed the profits and moved on from the tumultuous transfer saga in an instant.

Before Dembele, there was Christian Pulisic, who broke his way into the team in 2016. It’s hard to believe that Pulisic is still only 20 considering that he has been so crucial to Dortmund’s fortunes for almost three years now. His statistics don’t quite match up to Dembele or Sancho, but he has an enormous ceiling to develop into an absolute trailblazer. Dortmund have already begun preparing for life after Pulisic and should pocket another 50 odd million Euros as Maurizio Sarri is eyeing a move for the US International to bolster his squad.

What Dortmund are doing is providing the youth with a platform to not only gain exposure but more importantly, have a sizeable contribution at the highest stages in league and Champions League football. Additionally, they allow youngsters the opportunity to play in front of one of the largest fan bases on the globe and arguably the best atmosphere in Europe at the Signal Iduna Park. 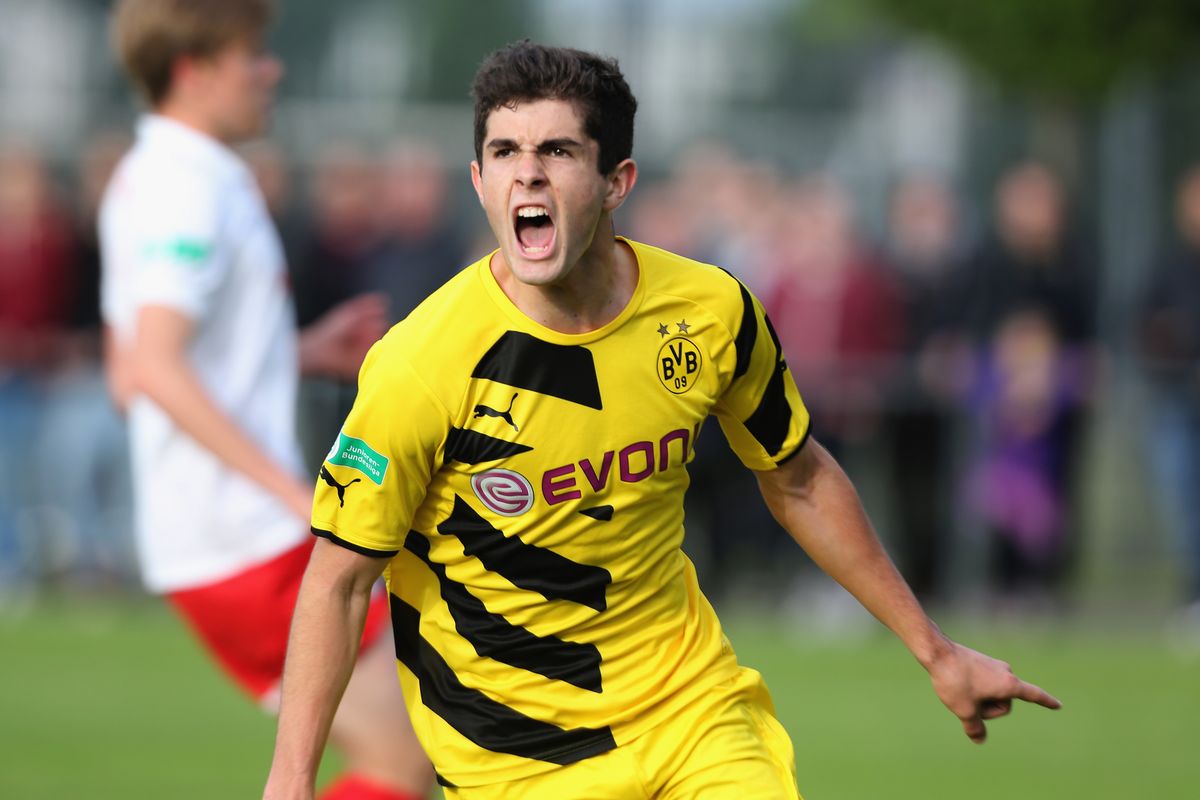 The Black and Yellows aren’t a small club by any means, but they can never outperform the likes of Man City, Real Madrid, Man United and other financially supercharged clubs in the market. Instead, they snap up young talent at a bargain price, give them the chance to shine, and generate major profits upon their sale. Some signings work out wonderfully such as Dembele and Sancho for example – and some simply do not live up to the billing such as Emre Mor.

We’re beginning to see the benefit of such a model this season especially, with Lucien Favre at the helm as Die Borussen are top of the league, 6 points ahead of usual suspects, Bayern Munich. Dortmund have found a real identity and core under the Swiss coach again. Favre’s reputation as a mentor and his history of working with young players is a huge plus for the club. More and more players will be given their time of day, but the team will still remain competitive enough to challenge for silverware. Favre has set up a true meritocracy where age is nothing more than a number.

No player represents this better than centre-back Dan-Axel Zagadou, who was signed 2 years ago from PSG on a free transfer. Zagadou is another talented French centre-back who has the potential to go on to play for the very best teams in the world. Still only 19, he is tall, strong, versatile and has spectacular vision. He is adept at playing out from the back and can walk out of defence with the ball. After a tough start to this season, Zagadou has established himself as first choice under Favre.

His defensive partners, Manuel Akanji and Abdou Diallo are also under 23 years of age and are maturing into reliable defenders.

Only Axel Witsel and Thomas Delaney have made their way into the team as players above 25. Mainstays, Marco Reus, Marcel Schmelzer, Roman Burki and Lukasz Piszczek have continued their spell with the first- team, but are really flourishing this season under Favre. There is a real change of guard at Dortmund this year- Nuri Sahin was sold to Werder Bremen and Shinji Kagawa has barely featured. The former Hertha Berlin boss is developing a mentor-student relationship between the veterans and the youth, which in turn is helping the overall development of the club model.

The depth of youth that Dortmund have at their disposal is astounding and it is one of the primary reasons why they’re managing to snag more and more prospects from bigger clubs. Besides Sancho, Sergio Gomez (18) was brought in from Barcelona B; very highly rated at La Masia and blessed with bags of potential. The ‘next Ibrahimovic’ in Alex Isak (18) was signed a few seasons back; his playing time has slowed down this season, but still has a long way to go. 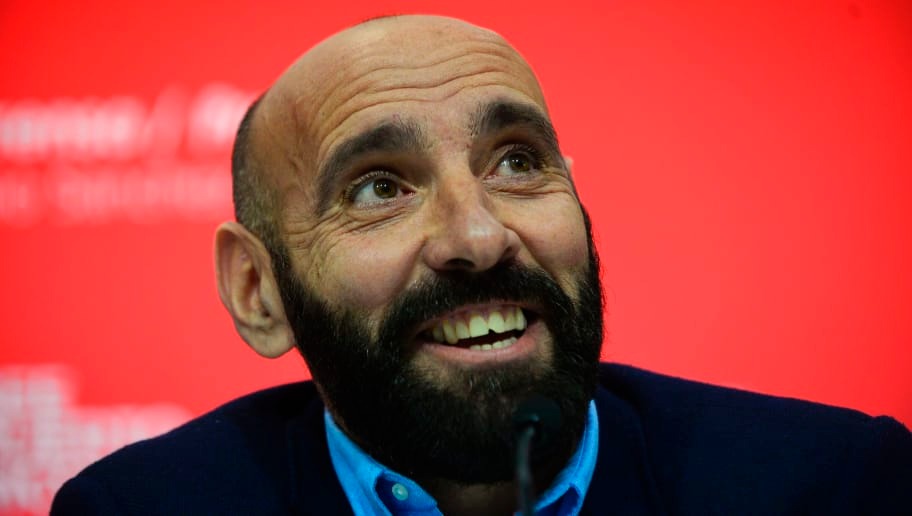 Danish winger Jacob Bruun Larsen (20) is another youngster who is seeing his time of day after a couple of years in the youth set-up. Julian Weigl (23) has developed into a fantastic holding midfielder and while his stock has decreased recently, it would be silly to discount the German at this point. Mahmoud Dahoud (22) is also vying for a spot in the middle of the park and is an extremely talented prospect. Players know that if they perform well, they will play regularly, and it’s leading to a very healthy competition for places.

If some signings don’t work out, the structure of the club allows for this rotating door policy, and the player will be sold with minimal fuss. It’s a wholesome win-win situation for every party involved, and in many ways is a massive blow to the elite who will see their young players getting poached consistently. It’s karma in motion, the elite clubs, normally poachers themselves, are having their best talent picked off. In turn, they will have to pay a premium to get these players back or they might fall into the hands of a rival club. 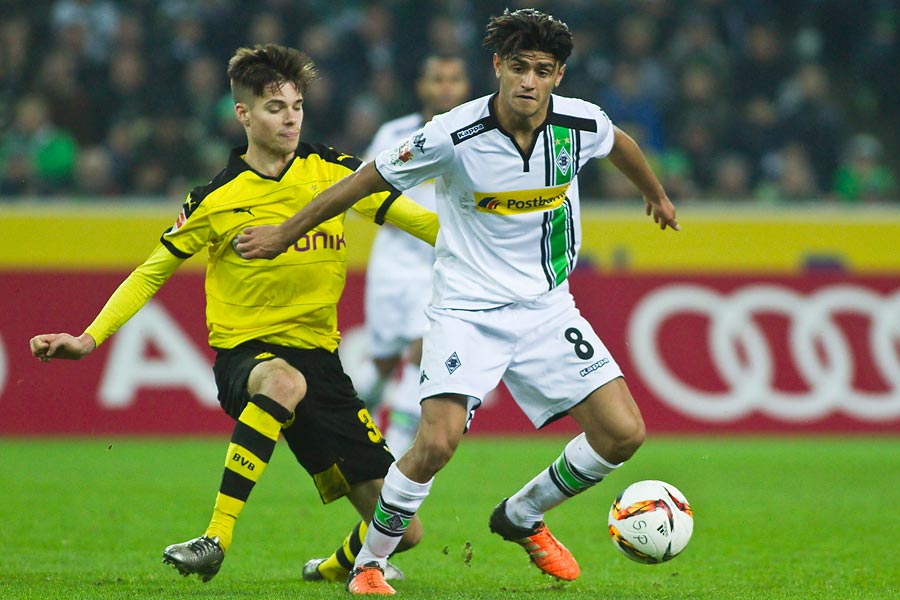 Dortmund in the meantime will remain competitive across the board, and continue to challenge for trophies. They’re already 6 points clear at the mid-season break in the Bundesliga and have a proper tussle on their hands when they face Tottenham in the round of 16. Dortmund have developed a model that is guaranteed to be followed by many mid to high, but not elite clubs.

The Borussia Dortmund model might just be the future for a lot of teams to replicate that lack the financial muscle of the big boys, yet aspire to pose competition at the highest level.

Pulisic image via Fear The Wall

Dahoud and Weigl image via Torfabrik