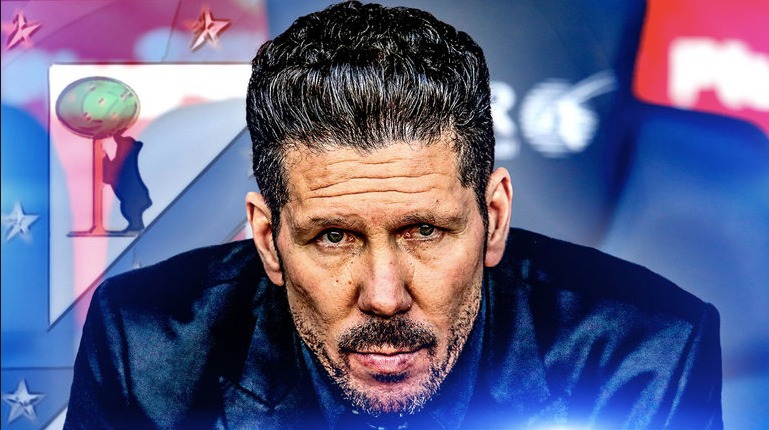 Atlético Madrid are the fourth most successful club in Spain after Real Madrid, Barcelona, and Athletic Bilbao. However, the journey was never a bed of roses if we go down the memory lane and take a peek at various stages of their footballing history. Atletico Madrid nearly underwent a state of financial bankruptcy under the reign of controversial president Jesus Gil which threatened to throw the Spanish club into a state of perennial disarray.

Thankfully, the wheel of fortune swung their way when the fans least expected it with the appointment of former player Diego Simeone who converted the club into a footballing powerhouse. Simeone converted Atletico Madrid from a side with glaring weaknesses to a virtually impregnable one with the recent addition of quality attackers like Thomas Lemar and Gelson Martins earning them the favourites tag over the likes of Barcelona and Real Madrid as well. Let’s take a look at Atletico’s transformation over the years and the role of Diego Simeone in their remarkable evolution over the years:

The club was established on 26 April 1903 by 3 Basque students living in Madrid. At that time, the club’s uniform was a t-shirt with both a white and a blue stripe and a pair of black or blue pants. In 1911, the club´s uniform finally changed to red & white, the same colours of the sheets, which formerly covered mattresses, hence, the famous nickname “Colchoneros”. 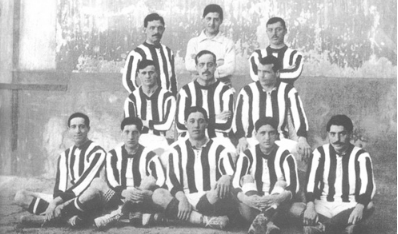 Though they enjoyed a golden period between 1947-1965 under the leadership of managers like Helenio Herrera and Ferdinand Daucik, making big clubs like Barcelona and Real Madrid shiver at the prospect of facing them, the desire of dominating Spanish football seemed impossible.

One primary reason was the stable structure and the financial backing that the Los Blancos boasted of. Though the Rojiblancos did challenge the Blaugranas, dominating the Galacticos was a step too far. They further enjoyed reasonable success under managers like Luis Aragones and Juan Carlos Lorenzo.

Sadly the fortunes of the club went for a toss in the year 1987 when controversial businessman Jesus Gil emerged as the club president.

The thirst for finally lifting the league which had eluded Atleti for the last ten years was slowly getting uncontrollable for the fans who demanded top new signings who could get them the glory they desired. Gil obliged through a couple of high profile additions like Paulo Futre, but sadly even this was not enough.

Consecutive Copa Del Rey success failed to appease the fans, and during that period, Gil started sacking managers left right and centre in pursuit of Primeira Liga silverware which seemed relatively unattainable for Atletico Madrid. Florentino Perez will be a recent example of a club president adopting Gil’s much-criticized policies with relation to managers.

The youth academy was shut down in 1992 which resulted in a then 15-year-old Raul shifting to their eternal rivals out of desperation after finding no alternative. Atletico avoided relegation on the last day with a lucky draw in the 1994-95 season. On the other hand, the 1995-96 season was a glorious one with the club winning the double. The fans who went wild with happiness after their pursuit for the much coveted La Liga trophy were filled with optimism that the club could dominate world football in the coming years.

Alas, Atletico crashed out early in the Champions League and the season turned out to be a massive failure. Between 1997-2006, Atletico Madrid faced one of the darkest periods in their history with the likes of Claudio Ranieri and Rabonir Antic getting the pink slip and the club getting relegated in the 1999- 2000 season. Despite Los Colchoneros(The Mattress Makers) making a return to the top division in 2002, the fans were massively disappointed with the circumstances which befell their famous club.

Controversial Club President Gil and his team were suspended and finally asked to step down during this period over accusations that the club funds were being mismanaged.

Though they did enjoy success under managers like Flores between 2006-12 with Atleti winning the 2010 Super Cup (their first European title since 1962), the fans were not satisfied as they demanded a manager who could lead the club the same way club legend Pep Guardiola was ruling the roost in Spain while encouraging the “tiki-taka” philosophy that was centered around playing beautiful football.

Top Strikers like Sergio Aguero and Fernando Torres left for Liverpool and Manchester City respectively during this period, but their absence was hardly felt as a result of the sublime performances delivered by Diego Forlan who joined in a deal priced at 21 million euros from Villarreal. The need for a manager who could deliver consistent success while simultaneously adopt a style of play which could define the club was felt.

Diego Simeone enjoyed a sparkling career as a footballer on the national level, however, he was not as impactful in club football. He surpassed Diego Maradona as the most capped player and even scored 11 goals in the 1992 King Fahd Cup. Nicknamed Cholo, he was famous for his quick, energetic style which is a quality he has encouraged as a manager also.

The controversial incident involving David Beckham in 1998 stood out as the only moment when he caught the eye of the viewers and the media for the wrong reasons.

He decided to try his hand at management after retiring as a footballer in 2006. His managerial career kicked off with a boom in Argentina when he was voted as the best manager in the league. Simeone managed clubs like River Plate, San Lorenzo, Catania where he could not replicate the same success he enjoyed in his first season. In 2011, he was appointed at Atletico Madrid boss with the club in turmoil and the fans in deep worry. The fact that Simeone was a former player who had played 165 games for the club and scored 31 goals in the process endeared him to the fans, but many doubted whether he could replicate his exploits in the same vein as a manager.

There were many detractors who predicted an early sack and a below-par performance in the trophy department at the end of the season.

The Quest for Glory

Simeone faced a fight against the odds to get the fans on his side. He recognized the need to get the squad mentally strong and make them function as a unit. There was a lot of emphasis on solid defensive gameplay while putting in the grind towards aspects such as pressing, tackling and stamina building. The players believed in themselves and looked to win at any cost.

The age-old dominance of Barcelona and Real Madrid over Spanish football was threatened by this group of dedicated warriors who did not give two hoots about being the underdogs. The common joke which has been used to describe Simeone’s fighters has been that of equating them to WWE wrestlers about their physical approach to the game. The team gameplay does earn them a lot of cards, but it delivers results at the same time.

Simeone managed to make neutrals and even pundits appreciate his impact when he delivered the Europa League in the first season. The same fans who earlier doubted his capabilities became his biggest supporters. Atletico won the Super Cup in the 2012/13 season which was another indication of the Argentine’s abilities. Falcao played a key role with goals in both the seasons but then decided to join Monaco in a big money summer transfer move before the 2013/14 season. This sent shockwaves across the fan base as no player seemed capable enough to replace the talismanic frontman.

Simeone effortlessly replaced him as he got Diego Costa back from loan. 34 Goals in 38 La Liga and Champions League games was the goal scoring tally recorded by the former Braga man in the 2013/14 season when the Rojiblancos won the La Liga after drawing against Barcelona on the last day. Another indication of how shrewd Simeone was as a manager.

David Villa who made a move in the 2013/14 season turned out to be a savvy acquisition himself. Though the Champions League trophy had gone on to elude Simeone’s side when they reached the finals in the 2013/14 and 2015/16 seasons, the club has managed to go from strength to strength even after losing key players like Thibaut Courtois, Diego Costa who left for Chelsea and Arda Turan who left for Barcelona over the years.

Antoine Griezmann and Jan Oblak were signed to replace Costa and Courtois – players whose transfers were deemed as major blows. However, the pair signed in the summer of 2014 have emerged as cult heroes replicating the impact of the likes of Costa and Courtois on the pitch which is another indication of Simeone’s ability to sniff out talent.

Young players such as Saul Niguez and Angel Correa have developed drastically under Simeone with Fernando Torres, whom everyone had almost given up upon after his waywardly finishing enjoying a re-emergence at the club where he started his footballing career. The 48-year old’s ability to inspire loyalty has been recognised in the marquee players like Koke and Griezmann, who were willing to ignore offers from big clubs like PSG and Barcelona respectively which is a testament to how Simeone has struck a chord in the dressing room.

Lifting the coveted Champions League trophy is an objective Simeone, and his squad want to achieve badly. Considering the reinforcements in the form of attackers such as Thomas Lemar, Gelson Martins, and the solid backup enjoyed in every department, this dream seems to be well within their grasp. The gap between the two major giants of Spanish Football and other sides in the country which was earlier deemed too big has reduced to a major extent thanks to the Argentine’s influence. With the departure of Cristiano Ronaldo to Juventus and a Barcelona side that is more reliant on Lionel Messi’s individual brilliance as ever, this might well be Atletico Madrid’s biggest and best chance to retain the La Liga title and establish a new order in Spain.

Jürgen Klopp: The Man Steadying The Ship at Anfield