You are here
Home > Originals > The Rundown for ‘Der Klassiker’ 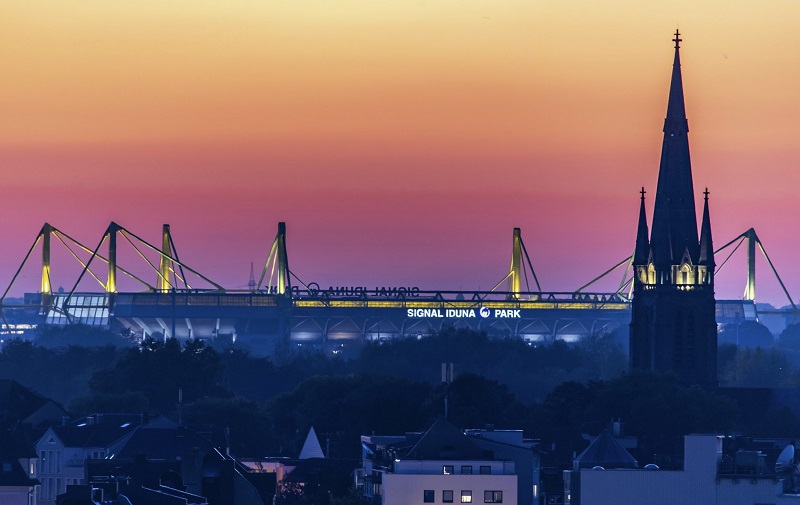 The biggest game in German football needs little introduction. Record winners Bayern are looking to for their 8th straight ‘Meisterschale’- but the Bavarians have had their backs against the wall for a large part of the season.

Bayern made a sluggish start to the season with three draws and two losses in their opening ten games. It was deemed not good enough by the board- which led to Niko Kovac being replaced at the helm.

The newly rejuvenated side under Hansi Flick have been a goalscoring machine since the former assistant took the reins- and have shown no signs of slowing down. Averaging a league-high 2.96 goals per game, but more importantly sorting out a very frail Bayern defence- Flick has turned the Munich side’s fortunes around in little time.

From being entirely off the title pace and a chasing a re-energised Leipzig side- Bayern have been the team to beat since their 2-1 defeat to Gladbach that left them languishing in 7th place on Matchday 14. Unbeaten for 13 games in a row since that result- Die Roten go into the Klassiker as the most in-form team in the league.

Dortmund have had their share of mixed fortunes as well this season. Last season’s runners-ups started the campaign top of the pile- but have tailed off for a large part of the season, albeit still being in close contention for the title.

Injuries have hampered Lucien Favre’s side- with big names such as Marco Reus and Axel Witsel missing many crucial games. BVB have been in second place since Matchday 24 after a win against Freiburg- and have managed to remain within four points of leaders Bayern.

Both sides have had their share of ups and downs in this famous fixture. Bayern have been dominant in the league- scoring nine goals without reply in the last two fixtures between the sides. Flick’s first game in charge was a 4-0 demolition of Dortmund at the Allianz Arena- but the game being played on home soil gives hope to Favre’s men.

Dortmund won this exact fixture 3-2 last season to amp up the pressure on Bayern- and have lost only one of the previous four Klassikers at the Signal Iduna Park. Dortmund also have the best home record in the league- racking up 33 points this campaign in front of their fans.

The Bavarians, on the other hand, boast the best away record in the league- leaving little to choose between Germany’s top two clubs.

The two are the most in-form full-backs in the world- let alone the league right now. Davies has been a revelation for Bayern and has allowed Alaba to transition into a permanent centre-back, while delivering world-class performances up and down the left-hand side.

His counterpart, Hakimi, has been no less of a prodigy. The Moroccan- on loan from Real Madrid- has already notched up four goals and ten assists in a whirlwind campaign.

It doesn’t get much better than watching two of the quickest players in the league battling each other on the same flank.

There are few players that can stand toe-to-toe with a goalscoring veteran like Lewandowski- but Haaland’s storming figures leave us with little choice to make the comparison. Since signing for Dortmund, he has already reached double figures and is now BVB’s primary goal threat in Marco Reus’ absence.

Lewandowski is the league’s top scorer (surprise surprise) and has shown no signs of letting up. The Polish international has scored 16 times against Dortmund since making a move to Bayern, and if history tells us anything, it’s that he’s the man to stop in the clash.

Two strikers with the ability to turn everything they touch to gold is more than enough to whet the appetite for this fixture.

The ‘Black and Yellows’ have been using a rather intricate system in recent weeks in the form of a 3-4-3. Piszczek, Hummels and Akanji usually make up the back three- but Mats Hummels is a serious doubt for the clash after picking up an injury against Wolfsburg. Emre Can could slot into the centre back position, with Zagadou also out injured.

No Marco Reus means a place for both Thorgan Hazard and Jadon Sancho- the Englishman has been played sparingly since the restart of the league. With Witsel injured, Thomas Delaney could partner Brandt in midfield and provide some defensive solidarity to a free-flowing and attacking Dortmund side.

Bayern have had a relatively well established starting eleven under Flick, deploying a traditional 4-2-3-1 formation- and there won’t be many surprises to an already world-class line-up. Thiago is a serious doubt for the game- but Thomas Muller’s man of the match display in his last outing should put him straight into the side.

Ivan Perisic will most likely be on the bench to make way for the explosive Serge Gnabry- who is having a record-breaking season for FCB. Joshua Kimmich retains his new role in central midfield.

Dortmund will feel hard done by after coming agonisingly close to toppling Bayern off their throne- finishing just two points behind them last season. Although the ‘Yellow Wall’ won’t be in attendance to spur them on, home advantage could be telling in this massive clash.

Bayern will be wary of the counter-attacking threat BVB pose- but they boast stellar football in their locker as well. And if anyone knows how to turn on the style year in-year out, it’s ‘FC Hollywood’.

Don’t let the mid-week timing of the fixture make you miss this absolute blockbuster of a game.