In the modern-day football world, teenagers and youth players seeking to deviate from their academies to foreign leagues for first-team chances seem to be the path trodden, as opposed to breaking into the home-grown club’s first team. Although Jadon Sancho is the first name that comes to mind seeing that he fits this bill immaculately, several other talented youngsters go under the radar. One such gifted youngster is the 22-year old Spanish attacking midfielder – Dani Olmo.

The Climb to the Top

“He was a typical forward, a very good finisher. He scored goals in every age category. He understood space well, so he could find room to score. He’s a natural-born goalscorer.” – Former coach at La Masia, Denis Silva Puig

Born in Terrassa, on the outskirts of Barcelona, Olmo joined FC Barcelona’s famed La Masia youth academy from Espanyol’s academy setup at the tender age of seven. Olmo’s stay at La Masia lasted for six seasons, where he caught the attention of many of the coaching staff. The young and skilful attacker finished as the top scorer in his age group for four of six seasons. He was hailed as the next big star from arguably the best academy in Europe to break into the first team.

Dani took a lot of people by surprise when he revealed that he would be leaving the Spanish club to join the Croatian giants, Dinamo Zagreb, on a professional contract in the summer of 2014. While some felt that this move might not be the ideal step forward, Dani Olmo and his entourage knew otherwise. The Spaniard hit the ground running and showcased his talents in the first few months with Dinamo Zagreb II. The club complimented his ambitions by realising the extra attacking dimension that the player possesses and fast-tracked him into Zagreb’s first-team squad. In February of 2015, 16-year old Dani Olmo made his debut for Zagreb. 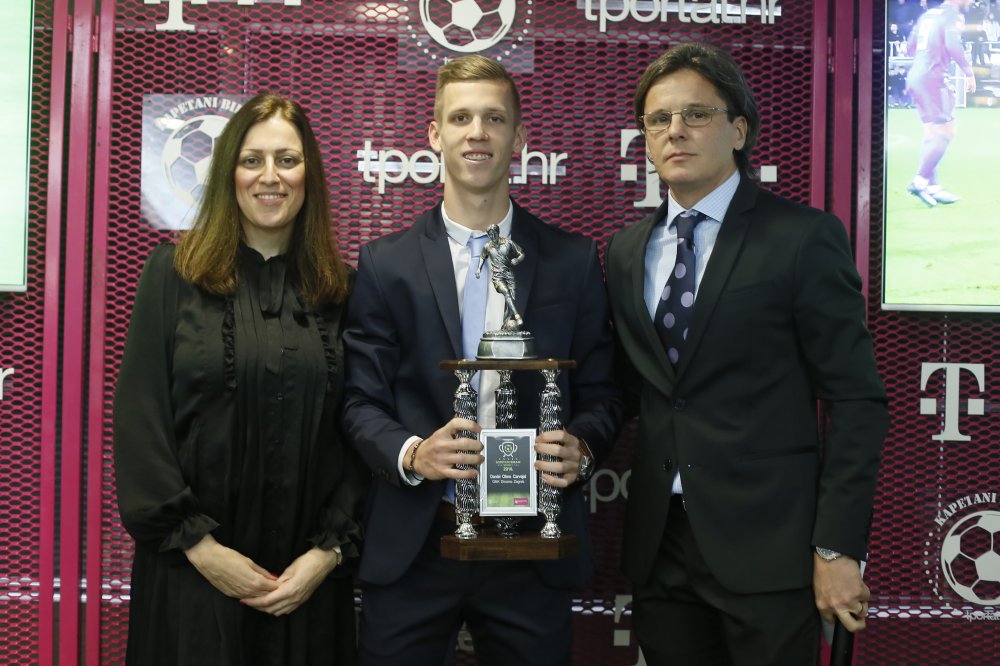 The 2017/18 season could be dubbed the breakout season for the talented youngster. He had 14 goal contributions in 26 league appearances that season. In June of 2019, Olmo was named Player of the Year in Croatia’s first division. Moreover, he played an instrumental role in helping his country win the U21 European Championship by chipping in a goal in the 2-1 victory against Germany in the finals. This was followed by a debut in the UEFA Champions League group stages – a fitting reward for the years of hard work at Zagreb. Dani scored a total of 34 goals in 124 appearances while playing different roles just behind the striker.

In January of 2020, RB Leipzig acquired the services of this industrious midfielder for 19 million Euros to bolster their potent and quick attacking roster. The skillsets of Olmo coupled with the direct attacking football of Julian Nagelsmann may turn out to be the secret formula to aid Leipzig’s future title aspirations.

“He has exceptional abilities and is very safe with the ball. When he gets put under pressure, he knows how to provoke a foul. Also, he was extremely hard-working, won the ball a lot of times and defended very robustly.” – Julian Nagelsmann on Olmo in the 5-0 thumping over Mainz

Dani Olmo thrives in the No.10 position, just behind the striker, owing to his exceptional ability to manoeuvre the ball in tight spaces. The attacking midfielder always has an eye open to play a swift one-two pass with his team-mates which bodes well in quick transition play. The agility, industry and trickery of the playmaker, coupled with his knack to play passes through defensive lines pose a formidable threat to the opposing teams.

What makes Dani Olmo a well-rounded No.10 is his ability to put the ball into the net. The technique and finesse that the youngster has in his locker to beat the goalkeeper from the edge of the D-Box is astonishing. Many renowned managers around the world say, “it is not possible to teach a player to be at the right place at the right time. It is an instinctive move.”; Olmo possesses this gifted instinct.

Apart from his adept attacking prowess, the young Spaniard fulfils his defensive duties with commendable competence. With his flair for leading the press from the front, for tracking back and winning the ball the moment the team loses possession and for translating defense into attack within a few passes – Olmo epitomises RB Leipzig and Nagelsmann’s style of play.

How does the future look?

Like any youngster bursting onto the big stages, Dani Olmo poses no exception, having rough edges concerning decision making in certain areas of the pitch. With Marcel Sabitzer and Kevin Kampl in addition to Julian Nagelsmann at his aid, the learning curve, although steep, can bring the best out of the Spaniard. Having a squad that harbours a pool of young attacking talent that includes Christopher Nkunku, Ademola Lookman and Dani Olmo, the RB Leipzig fans have a lot to look forward to in the seasons to come.

Having experienced the Champions League at Zagreb in his early career and the Bundesliga with RB Leipzig at present, Dani Olmo has all the potential to evolve into the pièce de résistance of the Spanish attack emulating the likes of Juan Mata and David Silva.