Sociologist Robert K Merton defines self-fulfilling prophecy as, in the beginning, a false definition of the situation evoking a new behaviour which makes the original false conception come true. This specious validity of the self-fulfilling prophecy perpetuates a reign of error. For the prophet will cite the actual course of events as proof that he was right from the very beginning. So in other words, if you make a claim which is false or true and enough people start believing it and alter their actions accordingly, it fulfils the initial false account

The world of football media in majority is riding on this self-fulfilling prophecy wave with regards to a certain Portuguese manager of Manchester United. After all, it is an easy narrative and they all think Jose Mourinho has a pattern and he sticks to it and ergo they think they know how it ends.

The dreaded third-year curse of Jose is the prophecy they are all riding on. The thing about that is, once you repeat a lie far too many times and once the general public start believing it and in turn change their attitude towards the manager and the team; it ends up becoming the self-fulfilling prophecy, whereby the journalists end up claiming how they told us so.

United have not had the best of pre-seasons that their fans and the manager would have hoped for. That much is definitely true. But was it the worst pre-season considering all the players who were missing due to World Cup? Probably not and the media knows it. When they report on United, they already have a set agenda and talking points and they stick to it and not waver from it. When Mourinho said that he won’t work with most of the players in the recent pre-season tour in the coming season, it got twisted into how he does not trust the youth or members of the squad that were waiting for first-team opportunities on the sidelines.

The fact was many on that pre-season squad were far too inexperienced for a first-team jump and most people can see that. But it became an indictment on how he does not trust the youth. With the likes of academy products such as Scott McTominay, Axel Tuanzebe and Andreas Pereira and many more prospects getting vital first-team opportunities for The Red Devils , it is baffling to witness compatriot Pep Guardiola escape criticism for not engaging in his renowned promotion of youth products while simultaneously, Mourinho is under constant scrutiny for actually doing so. 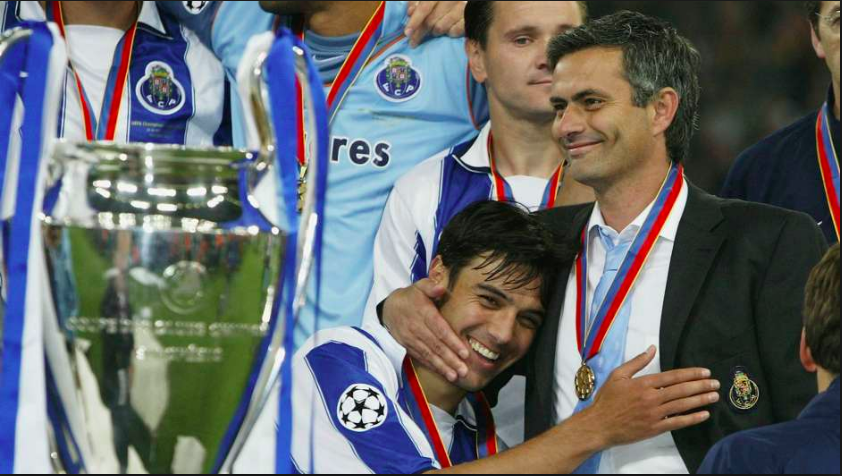 So what is Jose Mourinho’s “Third Season Syndrome” and is it really true? Let’s delve deeper into that and his tumultuous third-year record. The 55-year old spent 2 years at Porto and during that time won a UEFA Cup and a Champions League along with the domestic title. He never had his dreaded third year as he moved on to this first stint at Chelsea. He was the manager there from 2004/05 to the beginning of the 2007/08 season before being fired by Chelsea. So how was his third year at Chelsea? They won the League Cup and the FA cup while finishing 6 points behind Champions United. Chelsea also reached the Champions League semi-finals and went out on penalties. United right now would take a “bad year” like that all things considered.

As we move along on this mythical journey of the third season syndrome, Jose did not finish his three years at Inter but did leave them after winning Inter’s first treble including a Champions league title. He then took on the poisoned chalice that was the Madrid job, winning the La Liga title in his second year and at the end of the much-discussed third year, Mourinho clinched the Super Cup beating Barcelona on away goals, but did not win any other silverware. His team finished a distant second to Barcelona in the league and he lost the Finals of the Copa Del Rey and went out in the semi-finals of the Champions League. Some would have you believe that constitutes failure. Most teams in the world would take a campaign like that.

As we travel through this third season syndrome of Jose, we come back to his second stint at Chelsea. This was the only time his critics can point at and say that they finally have proof and they won’t be completely wrong. But the counterpoint to that is, he didn’t finish his complete third season there. Would Chelsea have won the league had he stayed on as manager? Most probably not. Would they have finished in the Top 4? One cannot definitely say, but that is the point. There is no definitive proof on what could have happened.

In that same season, another manager was under intense pressure and the media was going after his job. While Van Gaal’s team, though playing some really bland football did not give up on the manager even though it was an open secret that his job was under scrutiny, the same could not be said about a few Chelsea players’ performances that season. At the end of the day, the manager lives and dies by his results and Mourinho was sacked a second time at Chelsea, despite the fact that he delivered a league title just a year prior to that.

Repeat a lie often enough and it becomes the truth as the saying goes. The media is out for blood and in this day and age with the data they get on the online clicks and the comments on the stories they write, it is clear nothing sells more than news on United and going against the grain of “United in crisis” is not fashionable right now. Every day there has been a negative story surrounding The Red Devils to portray the club as one in crisis and how the manager and board are at war or how the manager has the problem with several players or how the players have given up on the manager. Don’t believe me? Here are a few headlines from the UK newspapers and Sports websites.

“Manchester United are being damaged by their political pantomime”

“Jose Mourinho: What is going on – and does he want out of Man Utd?”

( Refer to Appendix 1 for more headlines)

But it did not stop there. The media then started going after his managerial style by suggesting how Jose Mourinho should learn from Gareth Southgate and Marcelo Bielsa. Yes, one of the most successful managers of all time should not start learning from people whose accomplishments dwarf in comparison. You would have come across some wonderful articles like:

Now we move on to the actual season and United get a win over Leicester on the opening weekend. Considering the number of players missing through injury and none to a few days of training after coming back and considering that Leicester is a potential top 10 team in the league, it was not a bad win at all. Were United perfect? No. Work on the team still needs to be done, but barring an unlucky goal that they conceded, it would have been a regular 2-0 win to start off the season. But the broadsheet would still go with a headline like this to grab and perpetuate the continuing agenda.

The last week has been centred around how the manager has a problem with Paul Pogba and how Jose could be the next Portugal manager or the easier one of linking Zidane to the not-so- vacant United job. Even as I write this, the story on many sites is not how Jose says that there is no issue with him and Pogba, but how Marital has been fined by Mourinho. 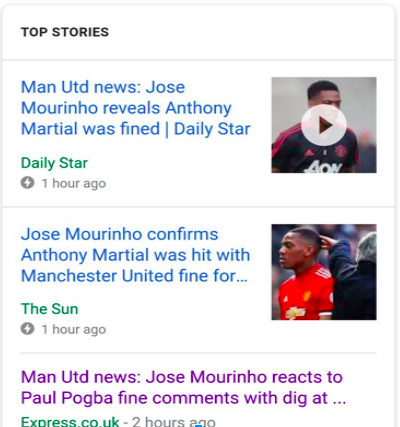 Little lies stacked up create a pattern and show up as the illusion of truth. This is how an agenda when pushed right becomes a propaganda which leads to the self-fulfilling prophecy. Jose Mourinho by no means is a saint, but neither is he the monster that is being shown in the media. The stories won’t stop and chances are it will only increase after every bad result that United get. The saving grace this time is, the only way this prophecy comes true is if United finish outside top 4. The club will not sack him for a top 4 finish and that has been his basic remit.

The amount of grief the manager has got from the media is truly remarkable. Not all criticism can be termed as agenda, but some have been truly crying wolf one too many times. Twelve years ago, Mourinho was box office. He was pure entertainment. He was the hero against the big bad that was Sir Alex Ferguson and his domination. Now he is the big bad against pure football of Pep, Poch and Klopp.

As Heath Ledger aptly stated in his iconic performance in “The Dark Knight”, “You either die a hero or live long enough to see yourself become the villain”!!

Written by VK on 19th August (Before the Brighton game)

Feature Image via These Football Times

To find out more about Mourinho’s journey from Barcelona to English football, check out this book.