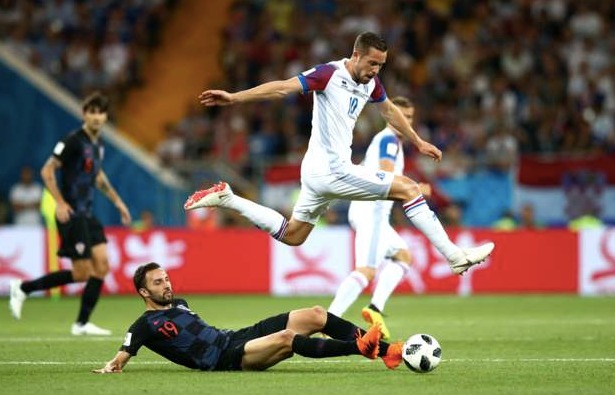 Never before have the stakes been higher in a World Cup group stage match day, with three teams eyeing a second spot that would take them to the knockout rounds in the world’s biggest carnival. The night was destined to end in tears, with two dreams shattered, and one dream surviving to fight another day. The most important match, of course, was to be Argentina vs Nigeria, where Lionel Messi’s greatest battle yet was to be fought. However, 1800 kilometres away in the Rostov Arena, a spunky side which had won hearts and games alike, prepared their defiant last stand against the comfortable leader Croatia, hoping against hope that results would go their way. Iceland had it all to do.

Croatia, already having qualified comfortably, made as many as 9 changes to the starting 11 that faced Argentina, with only Modric and Perisic retained. Notable names that were starting included Kovacic, whose Real Madrid future remains uncertain, and Hoffenheim star striker Kramaric. Iceland could not afford such comforts and fielded an aggressive Viking all-star side led by their muscular captain, Aron Gunnarsson. The team made three changes, the most notable being Johann Gudmundsson replacing Rurik Gislason in midfield. 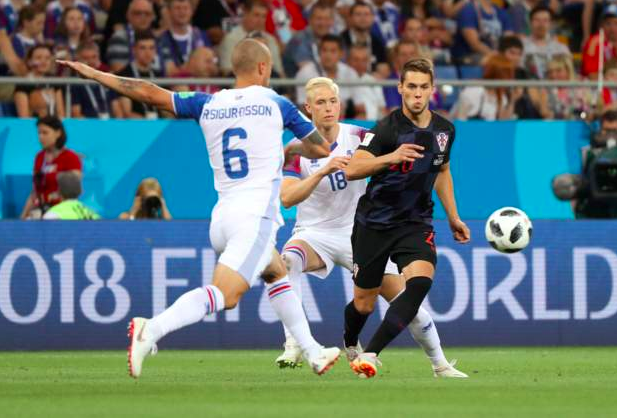 Although Iceland started the game with the kickoff, they didn’t hold the ball for long. Croatia quickly asserted their dominance with the ball, playing a patient passing game, leaving the opposition frustrated as they chased the ball across the ground in the oppressive 37-degree heat. Croatia enjoyed most of the possession in the initial quarter and seemed on track to repeat another masterclass performance.

However, as news trickled in the Iceland camp that Messi had given Argentina the lead, we witnessed a sudden shift in momentum. The first chance came in the 25th minute when Magnusson flicked one of Gunnarsson’s trademark long throw to the far post. However, the white jerseys were a few seconds too late and rued the first of Iceland’s many chances in the first half. The Croatian keeper was forced to save Sigurdsson’s curling free kick, a routine stop, as the defence was called into action twice in 5 seconds, blocking two of big man Bjarnason’s shots.

The next chance came 10 minutes later, as Finnbogason hit the side netting after meeting Sigurdsson’s pass. The final minutes of the first half were just as lively, with the Vikings attacking with every breath in their body. The biggest chance, however, came just before the halftime whistle, with Kalinic forced to make a stupendous save to thwart the Gunnarsson’s curling shot from bulging the back of the net. 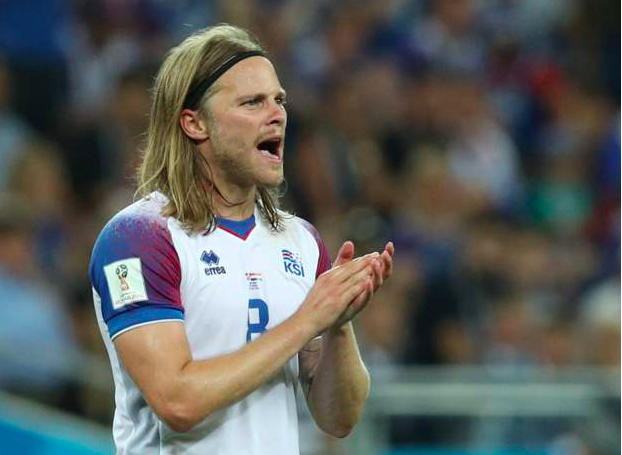 As the whistle blew signalling the end of the first half, it was advantage Iceland as they walked back to the dugout, hoping to carry the momentum into the second half.

As the world waited with bated breath as Nigeria waited on a penalty decision, Minal Badelj rattled the crossbar with a brilliant strike. He wouldn’t have to wait long, for he’d score three minutes later, taking advantage of a rare defensive mishap by the Iceland defence. A goal scored even before Iceland could hope again after Moses’ penalty struck the back of the neck in St. Petersburg. If the Vikings were affected, they didn’t show it, as they continued testing the Croatian defence on more occasions than one, hitting the post on one occasion and narrowly missing another. Attack after attack were mounted on the Croatian goal, with Iceland poking and prodding in search of that elusive breakthrough. However, the Croatians stood resolutely, and as the second half progressed, it was the men in white who seemed to be on the backfoot.

Mateo Kovacic did not misplace a single pass during his 80 minutes on the pitch against Iceland:

But still, the Viking persevered, and they were rewarded for their efforts in the 75th minute, with Lovren’s handball in the box prompting the referee to point straight at the spot. Sigurdsson shook the ghosts of the second matchday, as he struck a sweet shot with the composure of a cucumber in a freezer. An ecstatic Sigurdsson celebrated, as the famous Viking clap reverberated across the stadium. A Viking clap that would not be heard again in the tournament, as Perisic hammered the final nail into the coffin in the dying minutes of the second half. The Iceland legs struggled to track back as a beautifully crafted Croatian counterattack ended their world cup run once and for all.

If one were to look at the statistics, one would believe that Croatia did not deserve to win this match. The Vikings were more energetic, had more shots on target and had everyone rooting for them. But such is the magic of the beautiful game. Adults cry, passions soar and hearts break as a solitary ball rolls into the knockout stages.

Other Images via BBC