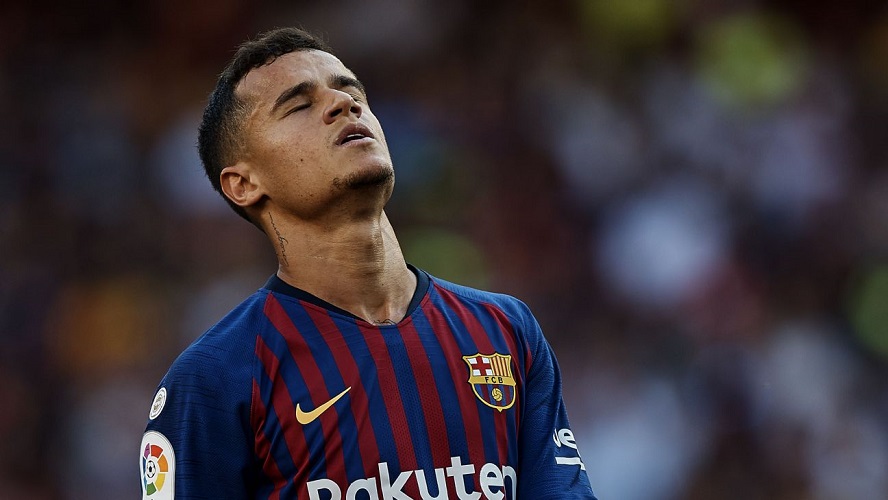 Much has been said about Philippe Coutinho’s status at Barcelona since his high-profile departure from Merseyside, with the question that demands answering is why Coutinho is not performing as expected this season. A simple query such as this can only be dissected by analyzing the tactical tweaks that have led to the Brazilian’s underwhelming 135 million move for the most part.

Coutinho’s best position is actually playing in a free role behind the striker, drifting out towards both channels to cause mayhem across the park. However, at Barcelona, the former Inter man occupies the same spaces as the marvel that is Lionel Messi who has a tendency to drop into deeper spaces, roaming around the pitch and dictating a plethora of attacks.

In his previous campaign, Coutinho performed well, despite his lack of tactical discipline at times because he didn’t face heated competition from Ousmane Dembele, who has managed to silence his critics, both inside and outside the club by consistently performing well on the pitch. The Brazilian international’s spot as a left-winger in a 4-4-2 or a 4-2-3-1 system has been usurped by the devastating Dembele.

The conundrum on Ernesto Valverde’s hands is that neither does Coutinho have the ability to bring balance into his game if he plays in a midfield trio and upfront nor is Dembele’s outstanding output showing any signs of stopping.

If one thinks taking Suarez out and playing a front three with Messi in the centre is the ideal solution, don’t bother. While the Uruguayan is not at his unstoppable prime, 16 goals and 5 assists in 25 league games show that he is still doing the business at the highest level. Also, deploying Messi centrally would hurt the tactical system as the Argentine likes to receive the ball on the wings and then drift into the centre or diagonally forward. Having a number 9 like Suarez occupying the defender is ideal in terms of opening keyspaces. Another solution would be reverting back to a 4-4-2 system, but that would result in a compromised Blaugrana midfield.

Another roadblock that seems to be plaguing Coutinho’s time at the Camp Nou seems to be his mentality. Last season, the former Liverpool star was thriving through his directness and positive chance creation. With the acquisitions of the tenacious Arturo Vidal and the brilliant Arthur Melo, Coutinho has found it a titanic prospect to be a shoe-in for Valverde’s throwback to a three-man midfield. The competition for places up top is cutthroat and things have just gone from bad to worse.

As a result of this, Coutinho’s game is one where he tries to make an instant impact a bit too much for the team’s progress and ends up losing the ball. His decision-making is now such that he tries to be a protagonist more often which means he is not on the same wavelength as his teammates. The Brazilian’s defensive work rate also isn’t one to rave about.

So, what would be the solution? There are two ways about it, either Barcelona change the system to suit Coutinho or Coutinho changes his playing style to suit the system.

Clearly, there is no easy way out.

There is no disputing that Philippe Coutinho is a gem of a footballer, but to excel at a club like Barcelona, even the slightest of flaws are punished. Either he takes a leaf out of the book of his more tactically intelligent compatriots or the first-class fight to another country looks like it’s on the cards.